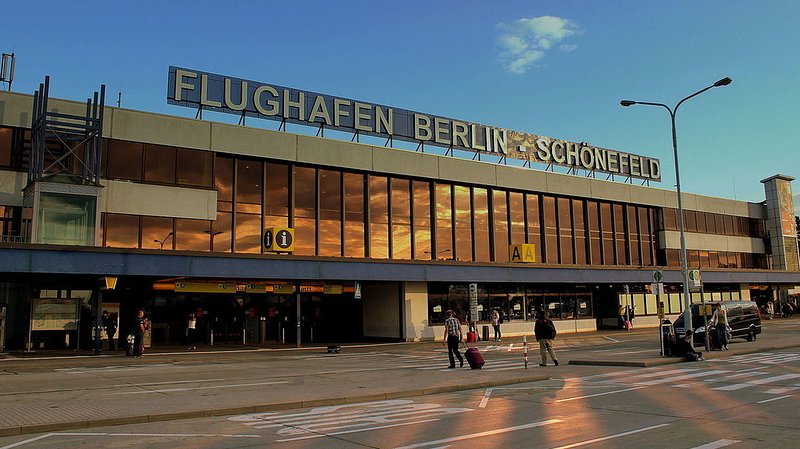 I went to Berlin this weekend and got an expensive welcome, despite having bought day tickets - because even tourists should know how everything works.

I went to a 'hen do' (of sorts- there were only three of us and the only hen was the bride) in Berlin this weekend — a very civilised affair, mind, so any images you have of drunken travellers arriving to their destination smashed off their faces can be safely put aside.

Two of us flew into Berlin Schönefeld, which was quite an experience in its own right. What an absolute mess that place is, but that's for another gripe altogether. The easiest way to get from there into the city is via train, so we proceeded to the station a short walk away, and immediately purchased two all-zone day tickets. Sorted, and on the train we went.

Two minutes after getting on we see a rather peculiar looking set of men. One wearing a rather worn shearling jacket — the sort of thing Bane wore in the Dark Knight Rises movie, if that helps, after which it seems largely to be worn by shorter men who have been rendered rather insecure by their diminutive stature... which was, I dare say, definitely the case for this inspector. The other wore a positively filthy knitted sweater. In essence, they neither looked like train inspectors nor like the sort of people who enjoy giving tourists a friendly welcome.

They were conductors though, and on the hunt for tourists. Shearling man approached three of us, looked at out tickets, and simply said "oh.. uh-oh.. oh..." then walked away, our tickets in hand as he tried to find other tourists to fault in the minutes left before we hit the next stop.

There, we were told that we had failed to validate our ticket, a mistake which would cost us €60 each. I tried to explain that we are tourists, we had just gotten on the train one stop earlier (as he knew; it was the first station), and of course we'd be happy to validate there and then before hopping on the next train to town. He shook his head, and proceeded to ask for our passports, address, etc.

I noted that this didn't seem a particularly tourist-friendly policy, as we hadn't seen any signs to say tickets have to be validated. Yes, I will admit, it does say it in small print at the bottom of the ticket, but we'd been rather preoccupied with finding our train and getting on - having bought a ticket, we made the mistake of assuming all was in order. Hardly the stuff of a criminal mastermind.

"ZE RULES ARE ZE RULES!" was the reply we received to this, which.. is both correct, and quite possibly the most stereotypically German response possible.

Subsequent research suggests that some inspectors have rather systematised this - hopping on at Schönefeld, grabbing a few tourists, handing them a fine, then taking the first train back to Schönefeld and starting the process all over. I can't confirm whether this is true, but given our experience it wouldn't surprise me.

We also went to the nearest tourist office when we arrived to Alexanderplatz and asked if they might know if there's somewhere we can go to fight these fines, and were told... no, not really, and even if you did they wouldn't cancel them, just give up. The lady also said there were "signs all over Schönefeld station" saying don't forget to validate your ticket. I checked on my return journey, and counted 0 such signs.

So, Berlin... next time I'll just take a taxi. It will be cheaper.