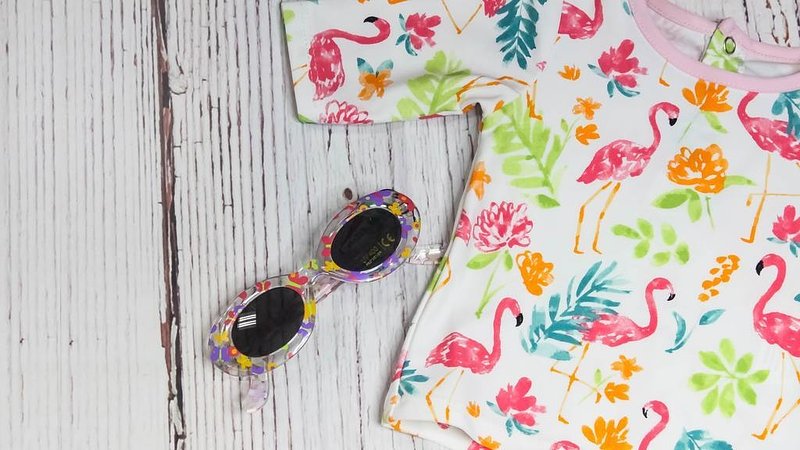 Why are shops still enforcing gender stereotypes through clothing?

Chatted to any toddlers lately? I am in the fortunate position of being able to spend many of my waking hours in the presence of a 2 year old, who is obsessed with cars, horses, the Lion King and the colour pink. Can you tell, from that description, what gender my child is? Yes? No? It doesn't matter. Because at the age of 2, 3, 4, it genuinely doesn't matter, does it? They're all messy little whirlwinds of sticky hands, crayon stains and Peppa Pig.

Walk into any shop stocking children's clothing, though, and you might start to think it does matter. From an early age, girls and boys clothing is divided. Even for tiny babies, rompers and sleepsuits are frilly and pink, or blue and covered in dinosaurs. Girls wear light, inoffensive pastels; boys wear strong primary colours. The difference is even found in shoes: girls' sandals are dainty, with a focus on design over sturdiness - you could imagine them falling apart after a few sessions in the park. Boys' sandals have thick soles, wide straps - they'll survive any adventure.

Sonshine Magazine has published an excellent in-depth analysis of these difference, and they express it far more eloquently than I. They echo a gripe I have had with the clothing industry since before I became a parent - what is the point in allocating certain slogans, animals, and designs to boys rather than girls? Working in the clothing industry, I posed the question to a buying team when choosing colours for the new season - why are all the boys' colourways khaki or blue? Why can't they have brights like the girls? And the answer was, because we know the khaki and blue will sell. But if that's all that is on offer for parents, of course it will sell. Parents can only buy what is in store, and the circle continues.

On one level, it's innocuous - does it matter what colour t-shirt a child wears, does it matter if one has a shark and the other has a bunny? However, if you look deeper, you might find more sinister undertones. The Sonshine article points out the fact that boys' clothing frequently depicts predators, while girls' have animals generally considered to be prey. It sends a message to young impressionable minds at a very early stage, setting boys and girls apart in very distinct roles.

Another, more concerning aspect is the difference in quality and sexualisation of girls' clothing items. The Sonshine article highlights the difference in underwear for young children as an example. At primary school age, children are generally of similar builds and shapes, yet boys' briefs are functional and designed for comfort, whereas girls' underwear are generally thinner, often with an uncomfortable lace edging - placing importance on how they look rather than their functionality.

If we are to tackle the issue of equality with more fervour than ever before, surely we need to be encouraging children to grow up as equals. I am trying my hardest to teach my toddler to be fair, to grow up without bias, as much as possible, and in doing so find myself having to unlearn many ingrained prejudices set by the society we live in. Clothing may be a small area, but it's a place to start. Personally, I let my son pick out his own clothes - sometimes he picks stereotypical boys' designs, especially if wheels are involved, but he also frequently picks out tops and leggings from the girls' section, as they cater more to his colour preferences. He has no concept of what clothing is meant for boys or girls, and I want to encourage this as much as possible. John Lewis, a UK department store, removed all gender labelling from their kids clothing in 2017, although in store the clothing is still separated. European stores such as H&M and Zara are leading the way in unisex clothing across the board - I'd like to see other stores follow suit. It might be small, but it's a start.