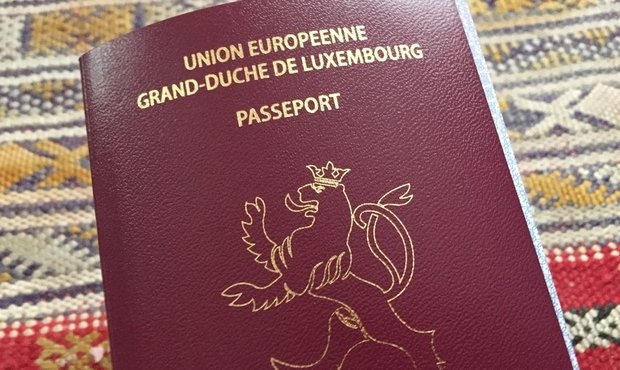 Having been born in Luxembourg to a British family, I always struggle when people ask me where I’m from. I feel like whichever answer I give—Luxembourgish or British—I always have to clarify something. “I’m English, but I grew up in Luxembourg.” “I’m from Luxembourg, but my family’s British.”

On that note, what exactly do I consider home? Is it the United Kingdom, which is where my cultural roots and family lie, or is it Luxembourg, where I was born and grew up?

You would think being raised by a British family, with English as my mother tongue, I would fully feel like I’m British (or English—but that’s yet another identity can of worms). Yet, I don’t. Whether it’s in experiences my friends talk about that I don’t identify with or my dissertation supervisor pointing out that my sentences are incredibly long, just like German sentences, there are ways in which I don’t feel fully English.

This is what many third culture kids feel. They are raised in a different country to their home and struggle to identify with either culture. There are many benefits to being a third culture kid. Your very nature becomes adaptable.

Research suggests that third culture kids pick up second and third languages quicker and also tend to be more open-minded, exactly because they have learnt to adapt. I won’t deny that these are benefits. That said, I struggled with languages growing up. I was weaker in German than other students from non-Luxembourgish families and I had to work hard to try and keep up.

Now as a university student, I really appreciate having learnt three different languages and its uses constantly show. Having got past the point of struggling with languages, I can look back and see how useful that education was. The drawbacks seem to relate more to your identity and how you perceive yourself compared to others.

Growing up in Luxembourg, I felt particularly British. I wouldn’t know all the idioms my friends would use and sometimes there were cultural things like history and national celebrations that I was just very ignorant of. One moment that sticks out to me is bringing my mother’s Victoria Sponge to class in primary school for my birthday and classmates rejecting it because it was “so different”.

I also felt that my sense of humour was decidedly British. I grew up with British TV and comedy like Monty Python and shows like QI. As a result of feeling alien in Luxembourg, I felt compelled to return (despite never having lived there!) to the UK and to feel a stronger sense of belonging. That didn’t quite pan out though.

I went to university first in York, where many of my fellow students were predominantly British. My friend circle consists of Brits. This is where I started to define myself as Luxembourgish, strangely enough. We tend to define ourselves in opposition to others and that’s exactly what happened. My friends had different experiences growing up that they all recognized, but I didn’t. There were other more concrete ways that I stood out as well.

When asked to identify my accent, my friends would say you could tell that my English is very good and that I sounded nearly native. There would always be something that would suggest I didn’t grow up in the UK—either my accent saying certain words or the way I phrased things set me apart. And here I started to think of the ways that I was Luxembourgish. To me, Luxembourg seems like a small village on a national scale.

Coming to the UK for university also seemed like a culture shock to me. Maybe I grew up especially sheltered, but there were so many things at university that I didn’t have any experience of. This fits in with the usual stereotype of making new experiences at university, but being a third culture kid really exacerbated that.

Another thing it exacerbates is uncertainty. Uncertainty is probably something all students experience, especially when it comes to your final year and you think: “What do I do next?”

I have struggled with the question because I just don’t know what I call home. This definitely contributed to my decision to pursue a master’s degree. I enjoyed being at university and being in a learning environment, but I also didn’t know what to do next and felt I needed some time to decide.

By now, I have lived in Luxembourg for 20 years and in the UK (in York and Edinburgh) for four. Over the past few months, as my time at university draws to an end, I have yo-yoed about where to go after this. It does seem that part of me feels like I should go back home to Luxembourg, but another part of me rejects that. My parents moved away from home and made a new one, so I could do the same. After all, that’s the exciting thing about being a bit rootless – you can just go and find a new place to call home.

My hopes of creating a new home in the place my parents moved back from—is that because of my cultural roots or just because I came here straight after Luxembourg? If I had gone elsewhere,  would that place feel like my new home?

I obviously can’t answer that and the thing to remember about third culture kids is that everyone experiences it differently. Some people assimilate so well that they don’t consider themselves to be close to their home culture at all. Two of my siblings feel much more at home in Luxembourg.

All I know is that this is something that has occupied my thoughts a lot. As a Luxo-Brit, Brexit is one of those many factors which change how you feel. In the wake of Brexit, I also started to consider myself European from my upbringing in Luxembourg. I have struggled to understand why Britain feels its sea border isolates it so much. I was able to vote in the referendum and was a firm Remainer. When the result came out, I felt rejected. I kind of felt that my cosmopolitan upbringing was emblematic of Europe. I got to experience so many different cultures and did enjoy that exchange because of the ties that bind the European Union.

At any rate, the more I reflect on identity, the more I do see the benefits of being a third culture kid. Its complexity doesn’t automatically make it something bad. There are drawbacks, but I think it’s powerful to reflect on them and delve deep into why you have this cultural sense of misbelonging.