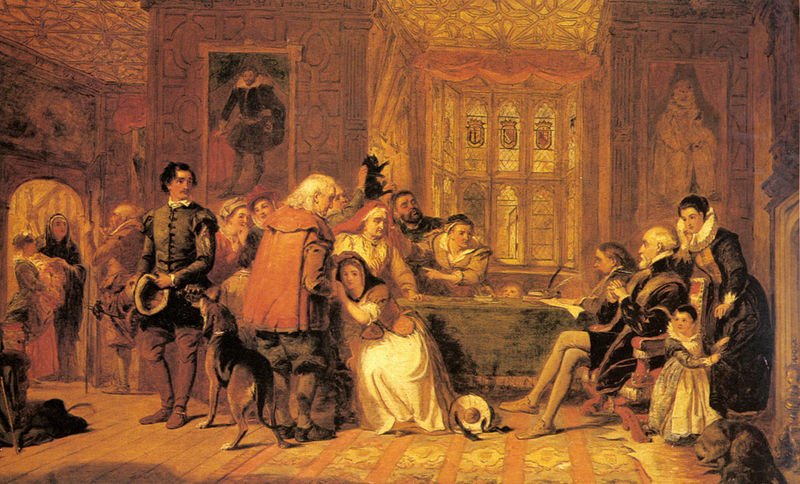 The witch craze is generally understood to have occurred in early modern Europe, between the 15th and the 18th century. What many might not know, is that some of the larger persecutions of witches took place in Luxembourg.

Most of you have heard of witch hunts somewhere after the Late Middle Ages, but did you know that witch persecutions took place predominately in France, Belgium and Luxembourg?

Before the 1400s, people already believed in the concept of magic but there was no exact consensus on the exact definition of what a "witch" actually was. Magic had a more folkloric undertone and wasn't really linked to satanic practices. However, as Christianity was trying to make its way to western Europe around the 9th century, the need to dissipate paganism was growing. The concept of heresy became a real threat and something that had to be eradicated as quickly as possible.

It all took a quick turn when in 1484, the Pope Innocent VIII issued the Papal Bull "Summis desiderantes affectibus", which condemned the rise of witchcraft and gave inquisitors the permission to oversee processes against alleged witches. Jakob Sprenger and Heinrich Kramer were authorized by the pope to eradicate the problem, which led them to create a how-to-witch-hunt handbook called Malleus maleficarum, (in Latin “Hammer of Witches”) in 1486. It was regarded as the definitive work on witchcraft by both Catholics and Protestants and lead to the beginning of major witch hunts in Europe.

It's important to note that the main reason for the witch-hunts was to install fear into people, and for the church to be portrayed as capable of eradicating the source of that fear, namely witches. It would serve their purpose of spreading Christianity, as well as guarantee firm religious beliefs. 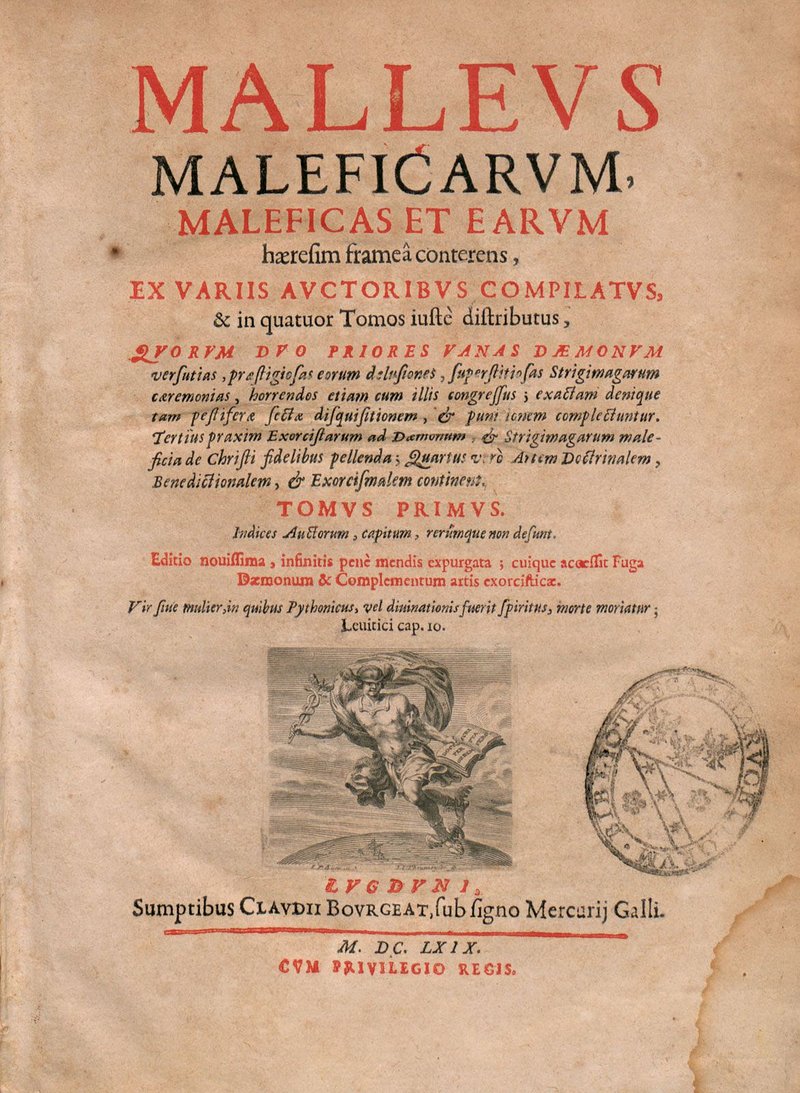 Witch-hunts were especially predominant in the Southern Netherlands region, which was controlled by Habsbourg Spain at that time, and comprised modern day Belgium, Luxembourg and some parts of Germany and the Netherlands. Bearing in mind the constantly changing demographic over the centuries and the lacking research, it is difficult to filter down how many Luxembourgish witches were actually hunted and persecuted. In general, historians estimate there were over 100.000 witch trials and around 50.000 executions in Europe between 1450 and 1750, with 75%–80% of the condemned being women. 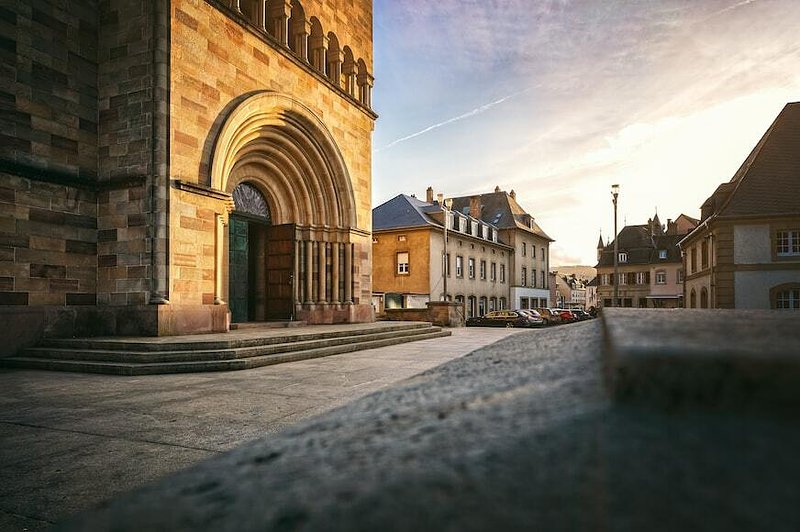 According to Sonja Kmec' "Witchcraft trials in the Duchy of Luxembourg: Echternach, 1679-80", there was a rise in witch-hunting from 1679 to 1680 in Luxembourg, which was unusual given the general decline in persecutions in Europe. There were a total of 547 processes of which 355 were prosecuted, a relatively high number compared to Namur where there were 270 processes with 144 prosecutions.

Some of the main targets included town healers, mentally ill people or generally sick people who were seen as being possessed by the devil. Sometimes a personal vendetta was enough for someone to spread a rumor accusing someone of witchcraft, which was enough to get questioned. It was an environment where one had to be "walking on eggshells", where the slightest suspicion could lead to being accused of witchcraft.

The majority of the accused were women, who were seen as the weaker sex and as such, easily swayed by the devil's forces. It was also usually "financially independent" women who were targeted; widows, healers, or women that kept away from society; they were viewed as more prone to use witchcraft as a way to survive.

Some of the tortures used were:

The person was stripped of clothes and their hands bound together. They were then thrown into water so as to see if the body would float or sink. If the person was innocent their body would sink, whereas a floating body would mean possession by the devil. Usually, by the time the accused was pulled back up they had already drowned.

The practice of stabbing a person repeatedly with a needle. If a mark that would not bleed, or incite pain was found, it was considered the mark of the devil. People were usually tortured until such a mark was found. Usually the slightest imperfection could be considered as abnormal and as such "the devil's mark".

According to Kmec, the "rope" torture was extensively used in Luxembourg. The rope was used to pull the person's extremities to the point of joint dislocation. 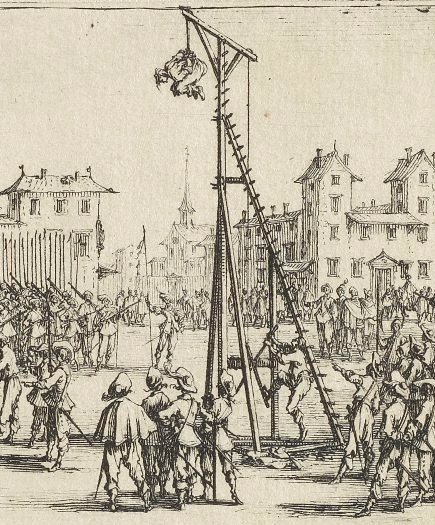 The southern Netherlands passed to the Austrian branch of the Habsburgs in the 18th century and with it came the Austrian reforms, which brought forth the freedom of religion for non-Catholics.

Although the idea of a witch-hunt seems preposterous nowadays, there are still contemporary witch-hunts going on in various African countries as well as Papa New Guinea. Still in 2012, a man was executed for witchcraft in Saudi Arabia.