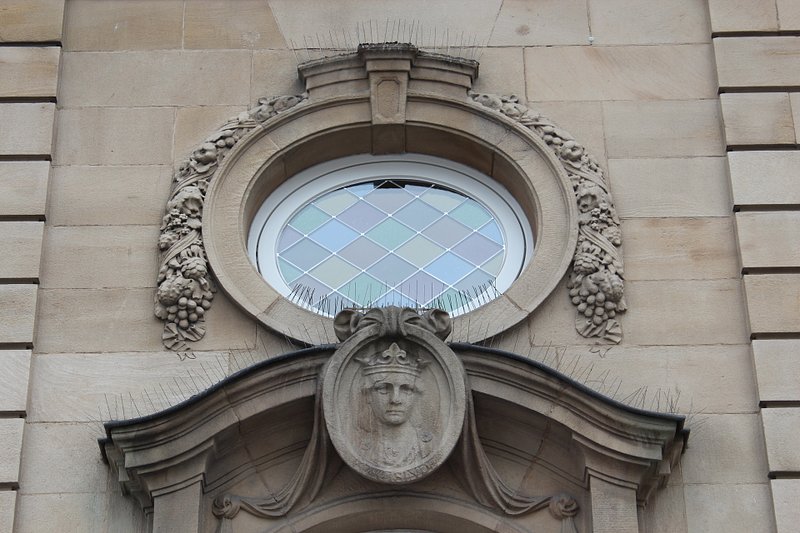 Before it was Grand, Luxembourg was a simple Duchy, and even before that… it was a County.

The County of Luxembourg played a perhaps surprisingly important role in the medieval history of central Europe.

But long before the House of Luxembourg ruled over the Holy Roman Empire, and before her son Henry V participated in the Ninth Crusade, there was one person who arguably paved the way for a whole lot of it: Ermesinde.

Through largely pacifist and strategic political decisions, Ermesinde, Countess of Luxembourg, managed to lay the foundation for a country that would, despite its size, find itself time and time again at the centre of European history.

Ermesinde was born in July 1186 as the only, and very late, child of Count Henry IV and his second wife Agnes of Guelders. Prior to her birth, Ermesinde's father had recognised his nephew Count Baldwin V of Hainaut as his heir presumptive.

However, the 74-year-old count reunited with his estranged wife, Agnes of Guelders, and fathered a daughter, Ermesinde, who displaced Baldwin as heir presumptive. As this naturally put Ermesinde's young life in jeopardy, Henry IV arranged her engagement with Henry II, Count of Champagne, when Ermesinde was just two years old. She went on to spend the majority of her childhood and adolescence in France, at the court of her "fiancé".

Upon Henry's death in 1197, a war of succession took place, as Baldwin V was – as expected – not ready to renounce his claim to the inheritance. At its end, it was decided that Henry's fiefs would be split: Baldwin would have Namur, Ermesinde would have Durbuy and La Roche, and Luxembourg would revert to their common liege, Emperor Henry VI, who in turn gave it to his brother Otto I, Count of Burgundy.

From advantageous marriages to sole ruler of Luxembourg

Henry II, Count of Champagne, ultimately decided against marrying Ermesinde, as he was preparing to participate in the Third Crusade.

Her first husband instead became a certain Count Theobald I of Bar – which turned out to be an almost fateful last-minute switch, as the latter successfully negotiated with Count Otto for renunciation of Luxembourg, thus making Theobald and Ermesinde the count and countess of Luxembourg.

When Theobald died in 1214, Ermesinde married Count Waleran III of Limburg-Arlon, with whom she then ruled Luxembourg. By marrying Waleran, the County of Arlon would come into the possession of Luxembourg and remain there until 1839. In 1223, Ermesinde and Waleran pressed their claim to Namur against Philip II but were ultimately unsuccessful. In fact, it would be Ermesinde's son and successor, Henry V, who would finally manage to take back Namur.

After Waleran's death, Ermesinde ruled over Luxembourg alone for two decades. She proved to be an effective administrator, granting charters of freedom to several towns (Echternach in 1236, Thionville in 1239, and Luxembourg City in 1244), and increasing the prosperity of her country. After being excommunicated for attacking land owned by the church, she dedicated her life to charitable and religious causes.

Through granting charters of freedom, Ermesinde not only freed the townsfolk from their status as serfs, but essentially created the first municipal authorities in Luxembourg by transferring administrative authority for local affairs to the towns. Still, it should also be pointed out that these charters of freedom were in part what the French might call cadeaux empoisonnés ("poisoned gifts"): While granting the local population certain freedoms, they also bound them to several commitments, such as taxes and military conscription.

During the second half of her life, Ermesinde made sure to secure the sphere of influence she had built by arranging strategic marriages for her children.

At the end of Ermesinde's rule, Luxembourg was thrice as big and had become a respected regional power. By integrating the County of Arlon into her sphere of influence, she transformed Luxembourg into a dual state, split between a German-speaking and a French-speaking half – an event which would mark the history and essence of the country for years to come.

The legend of how Clairfontaine Abbey came to be

According to legend, during a stroll near her castle, Ermesinde once saw a woman coming down from a hill carrying a child wrapped in sheep fur with a black cross drawn on it.

Ermesinde was convinced that she had seen the Virgin Mary and planned the construction on that very spot of what was one day to become Clairfontaine Abbey.

The abbey was ultimately built by her son, Henry V. After many years, the abbey was destroyed in the late 18th century by French troops. In 1747, shortly before the attack, the nuns had hidden Ermesinde's remains in a chapel, where they were found by the Jesuits during reconstructions between 1875-1877.

The remains of the legendary countess are now in the crypt of Clairefontaine Chapel.