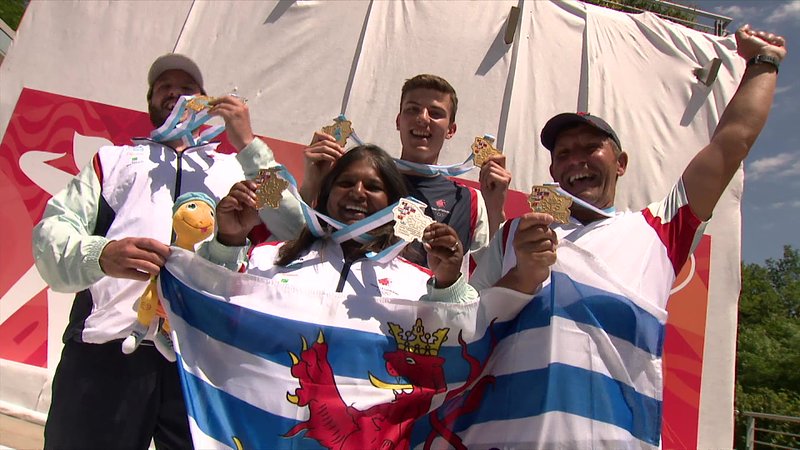 2020 was supposed to be an Olympic year, with Tokyo hosting the games, but as we all know this was not possible last year and the competition was postponed to summer 2021. The Summer Olympic games are one of the biggest sporting events in the world, bringing together athletes from across the globe. But did you know that the small states of Europe also organise their very own small version of the Olympics?

Upon the initiative of Malta, the Games of the Small States of Europe were organised for the first time in 1985 in San Marino. Ever since, the event has taken place every two years. In order to be able to participate the individual nations need to have a National Olympic Committee, which are partly responsible for the organisation, be affiliated with the European Olympic Committee and have a population of less than a million people.

Eight countries, namely, Andorra, Cyprus, Iceland, Lichtenstein, Luxembourg, Malta, Monaco, and San Marino, took part in the first edition. In 2009 Montenegro was added to these countries, bringing the total to nine participating nations. In 2019, ten years after being admitted, the nation hosted the games for the first time. Interestingly, Cyprus’ population is now larger than one million, but because it fulfilled the criteria during the initial launch of the competition, the country is still able to participate.

Moreover, the Faroe Islands also wish to compete in the games, but have not yet been allowed to do so, as they are not an independent state nor are they a member of the European Olympic Committee. The same applies to Vatican City — which counts a lot less than one million inhabitants, but lacks a National Olympic Committee, which would allow them to take part in the games. The logo of the games represents an Olympic fire surrounded by eight rings, which stand for the eight nations that originally participated, similarly to the way the five Olympic rings represent the five continents of the world in the international Olympic logo.

The games are usually organised at the end of May, lasting until the beginning of June, because there are a lot less participating athletes than at the ordinary Olympic Games the event only lasts a couple of days. The next games were due to be held in Andorra in 2021. However, because of the  pandemic and the deferral of the Tokyo 2021 Olympics, the Small Games also had to be postponed and will now probably take place in Malta in 2023. Andorra will then host the 2025 edition and Luxembourg is said to organise the games in 2029.

Different athletes compete in at least six individual and two team sports. The individual sports are athletics, Judo, shooting, swimming, table tennis, and tennis. The team sports are basketball and volleyball. Unlike at the traditional Olympics, the organising committees are allowed to add two additional Olympic sports or even one Olympic and one non-Olympic sport each, hence the number of sports can vary from one edition to the next. The number of participants has also been steadily increasing, from 222 athletes taking part in the very first edition to almost 1000 participants in the following years.

The concerned nations take turns in hosting the games and do not have to apply to be selected by the International Olympic Committee, as is the case with the normal Olympic games. In 2015 each participating nation had already organised the games twice and therefore it was decided to start the third circle in San Marino, where the first edition was held. Luxembourg has thus also hosted the games twice so far, once in 1995 and again in 2013, with the latter being the first edition in which Montenegro finally took part. Even though Luxembourg regularly sends athletes to the Olympics, we are never really well placed in the medal ranking, simply because hardly stand a chance against bigger nations. During the Games of the Small states, this looks very different, in 2013 and 2017, Luxembourg was leading the ranking and is even placed third in the all- time medal ranking, with a total of 1163 medals. Only Iceland and Cyprus are doing better with 1259 and 1283 medals respectively.

The games are a great opportunity for these small countries to host a multi-sport competition for which they would not have the space or resources if there were a larger number of participants. Moreover, the athletes are offered the chance to compete internationally on a very high level.