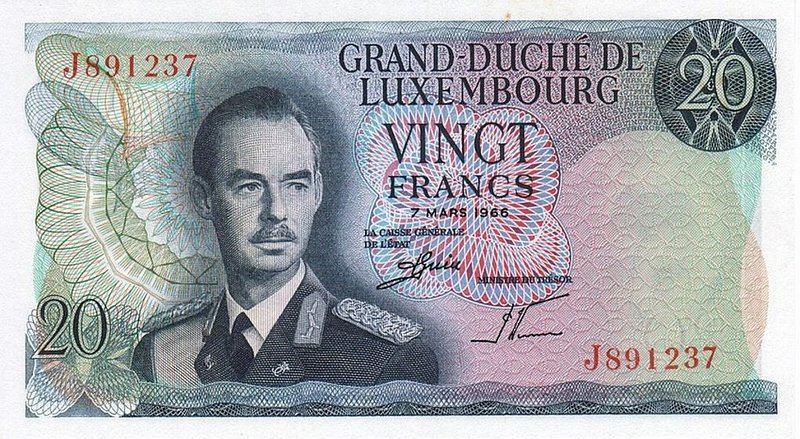 When Stephen Lowe came to Luxembourg, some 18 years ago, his first experiences with the Luxembourg Franc were fraught with panic and confusion.

There was a time when everyone in Luxembourg had a wallet-busting wad of wonga. A stack of sheets so sizeable that if you were to place your wallet in the back pocket of your jeans, you'd sit with a lean of 25 degrees.

Newcomers to L-Burg (we can start this off today, see if it sticks) have no idea what it was to arrive in a country where a 20 note was/is equivalent to 50cents.

The panic I had when dropping a 1,000 franc note on my second day in the country, and at a Rugby tournament no less, was a shock I'd not felt since looking at my bank balance at the end of my first University semester.

As I chased it down the car park up at Cessange, WAY before it looked as nice as it does now — doing that sprint, stamp, sprint, stamp effort that rarely works — my soon-to-be teammates but then current acquaintances regarded me with a quizzical expression (that would remain, it must be said).

They couldn't comprehend why I was so crestfallen.

This note represented a larger figure than I had yet experienced.

I had traveled to Spain, France, Belgium, so I knew that money rates varied. But 1,000 of anything seemed like a HUGE deal.

A chap came forward (one who would remain a good friend of mine, we'll call him Ostrich), just as the note took an upswing toward the clouds and danced off on invisible string, and let me know that the value was in fact less than 25eur, or 20 quid. A relatively large amount of cash for a fresh out of Findel Englishman but nothing that a whip round and a touch of generosity couldn't fix.

Despite this lesson in exchange, I would not get my head around how the Luf worked when transacting in supermarkets and restaurants until much later. Nor could I grasp why/how I had so many notes in my fists/pockets/shoes but that the worth was relatively little.

My bedside dresser after a night out would resemble that of a baron, so much so, that to a casual observer, it would have made me seem cash rich but I was actually cash poor - my stepping on Lux soil coincide with the global financial crisis.

This was normal. For a time.

Then the Euro came and things changed forever. 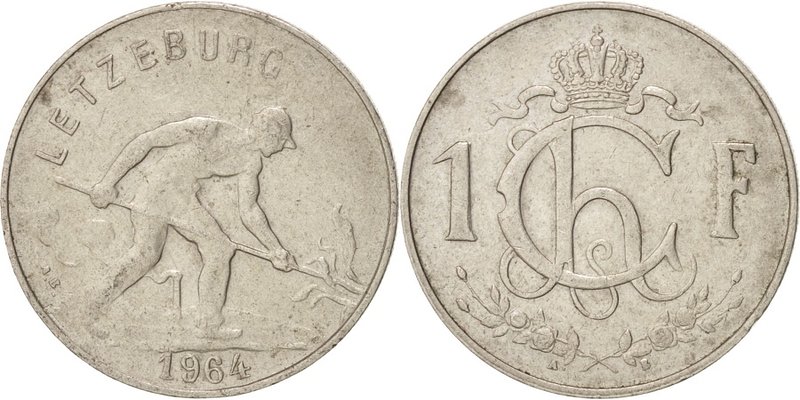 What was the Luxembourg Franc?

The country had two sets of currencies between 1854 and 2017. The Luxembourgish franc was the first official currency to be used in Luxembourg. In circulation from 1854 to 1999 and was replaced by the euro in 2002.

However, during the period between 1999 and 2002, the Luxembourgish franc was a subdivision of the euro, but the euro was not yet integrated in circulation. During this period, the principle of “no obligation and no prohibition” applied. This meant that transactions could be completed in both euro and franc, but physical payment was restricted to the franc, as euro denominations were not yet in circulation. Coins were so abundant following WWII from the Belgian side that it was not necessary for Luxembourg's bank to replace their own stocks.

One euro was exchanged for approximately 40.40 francs.

What was in circulation?:
NOTES

Some key dates in currency history:

1803 Introduction of the Franc germinal by Emperor Napoleon, Luxembourg being the forest department under the French empire.

1815 incorporation into the Netherlands in 1815 resulted in the Dutch guilder becoming Luxembourg's currency.

1839 Following Belgium's independence from the Netherlands, the Belgian franc was adopted  and circulated in Luxembourg until 1842 and again from 1848.

Between 1842 and 1848, Luxembourg (as part of the German Zollverein) used the Prussian Thaler.

1921 Signature of a Convention establishing a Belgium-Luxembourg Economic Union, a first step towards monetary cooperation.

1935 Monetary agreement signed with Belgium allowing for Belgian coins and banknotes to become legal tender in Luxembourg and for a branch of the Belgian National Bank to be established in Luxembourg.

1944 the Luxembourg franc was reestablished, once more tied to the Belgian franc at par.

1957 Signature of the Treaty of Rome establishing the European Economic Community, then composed of six member states: Germany, Belgium, France, Italy, Luxembourg and the Netherlands.

1970 Adoption of the Werner report which foresees the eventual creation of a single European currency.

1983 Creation of the Institut monétaire luxembourgeois (IML), responsible for the supervision of the financial sector and the issuance of notes and coins.

1999 Implementation of the third phase of the Economic and Monetary Union, introduction of the euro in scriptural form in 11 EU member states.

The banknotes used in Luxembourg are identical in design to the banknotes used in other neighbouring countries. They are made of pure cotton fiber and measure from 4.7 by 2.4 inches to 6.3 by 3.2 inches. The banknotes have several recognisable features including the signature of the president of the European Central Bank, a bridge, and the EU flag emblazoned with 12 stars.

Luxembourg euro coins are minted in three different designs. However, all coins contain the profile of the Grand Duke Henri of Luxembourg.

The coins also bear the year of issue and the word “Letzebuerg.”

There is no time limit on exchanging Luxembourg Francs for Euro, so long as they are banknotes?

See here for the proof, should you stumble on  stash down the back of the sofa.

Luxembourg does not mint its own coins. Most of the coins are minted by the Netherlands’ Koninklijke Nederlandse Munt, Mint of Finland, and Mint of Paris. Luxembourg euro coins are among the rarest in Europe, even within the country.

Many of Luxembourg's bank notes are on display at the MNHA - "The museum’s collection of banknotes has been complete in particular since the integration of the former collection of the Spuerkeess in 2006. It includes many sets of banknotes, printing plates and rare specimens."

The Luxembourg Franc is one of those curios of history, a slice of a time before anti-EU feeling and of a country struggling, at that time to regain its identity after two World Wars. Despite the lopsided posterior and thee over-inflated sense of riches....I miss the Luf and the affection for which the Luxembourg people treated their 'monopoly money'.

I had heard whispers that there were a few hard-line Luxembourg nationalists that would happily bring back the 'LUF'.