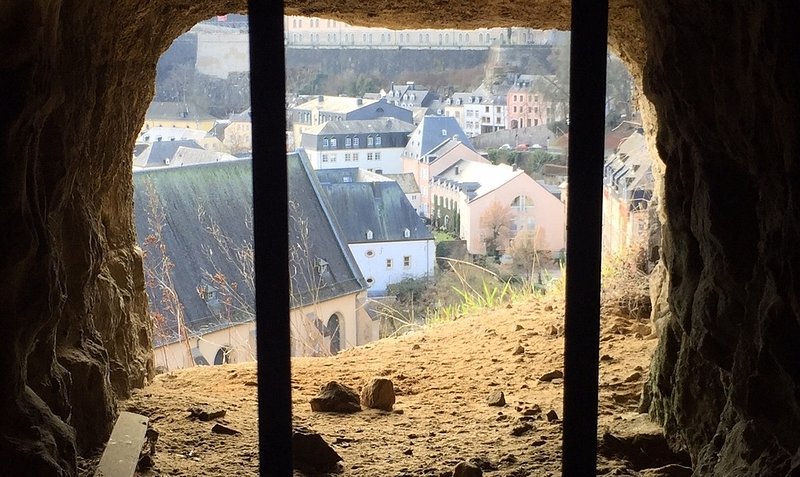 It is officially Casemates season! On 1 March, the popular tourist attraction forming part of Luxembourg's UNESCO World Heritage sites opened to the public now that spring is (hopefully) on the way.

Casemates - what does that even mean? Why not 'fortifications'?

As with many words, the etymology of the word 'casemate' comes from the Greek (and then Italian, and then French) - chasma(ta), which means chasm. This references the bomb-proof aspect of the vaulted rooms within the fortifications, which accommodate both troops and equipment. Casemate is pronounced keis-meit in English.

The Bock and Petrusse Casemates

The Bock Casemates are quite rightly one of Luxembourg's top tourist attractions, as there is something for everyone. You get to soak in beautiful views of Luxembourg City, explore underground history, and retrace the footsteps of some of Europe's most significant military architects! It's also a decent work-out, with lots of winding stairs but be warned: if you are at all claustrophobic, maybe stick to the outside area. 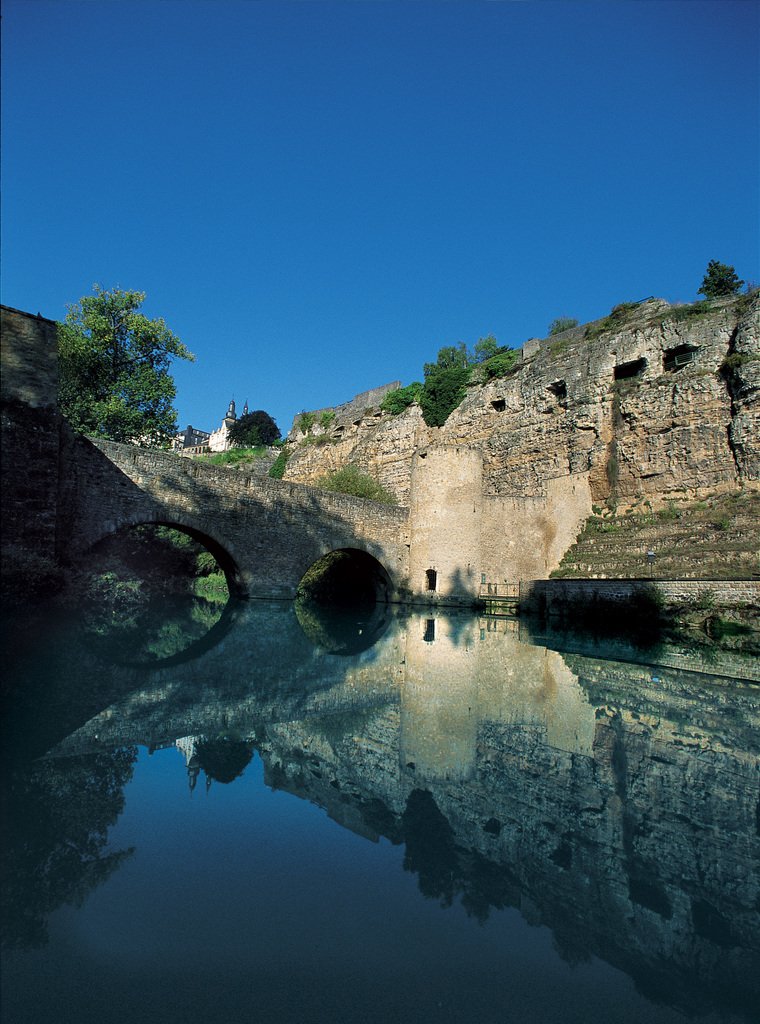 The Gibraltar of the North

The Bock Casemates are made up of a formidable underground network of tunnels, having been worked on by engineers throughout the years. Obviously, the set-up of Luxembourg City was a promising start as a fortification - its natural steep formation already worked well to fortify the city, but Spanish engineers in the 17th century decided to go one step further. They began to transform the city into a veritable fortress and built 23 kilometres of galleries to fortify the city when it was under the control of the (Spanish) Habsburgs.

From 1684, the territory was taken over by the French king Louis XIV and the military engineer Sébastien le Prestre de Vauban took charge of expanding the network of the casemates over different levels, some reaching a depth of 40 metres.

The Austrians continued this work in the 18th century, at which point Luxembourg and its fortifications were dubbed the Gibraltar of the North. Following on from the Congress of Vienna in 1815, the Prussians went on to further develop the casemates, but that was the end of its extension. The fortress was dismantled in 1867 with the Treaty of London (which guaranteed Luxembourg's neutrality, so there was a benefit. No longer was Luxembourg tugged around like a coveted piece of gold by warring powers), but 17 kilometres of the fortifications were spared. Not by choice, however. It apparently proved impossible to blow up the casemates without destroying a significant portion of the city, which led to the entrances and galleries being sealed.

As a result, the casemates are a fascinating sight to learn about military history, especially as they show so many different military vestiges illustrating this period of European history. Despite the dismantling, they also remain in prime condition. 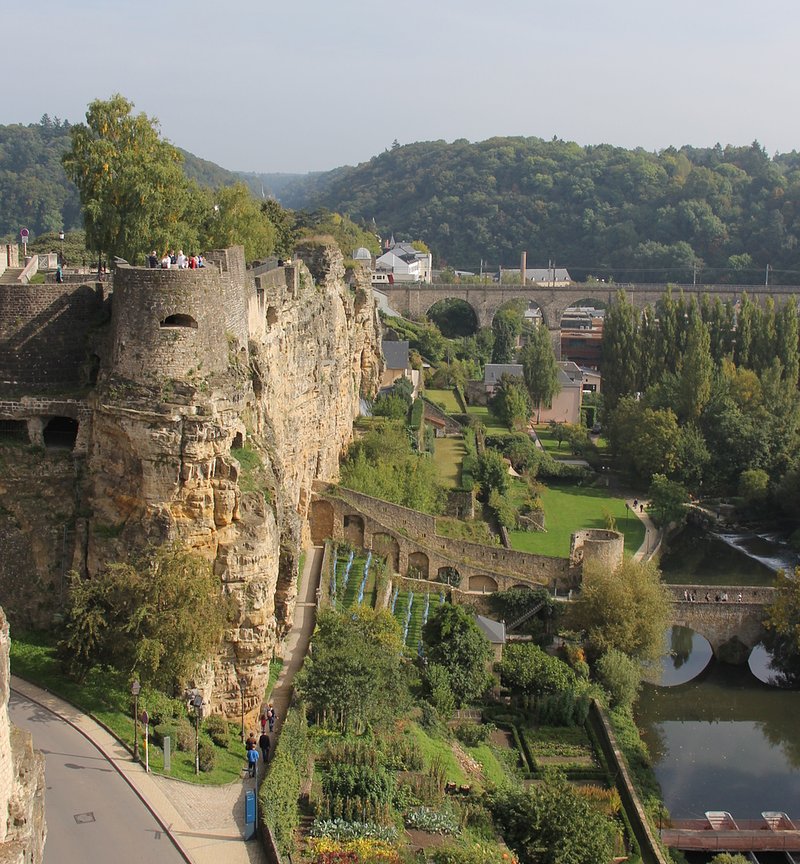 The city of Luxembourg's old quarters and its fortifications have been on the UNESCO World Heritage List since 1994, primarily due to the casemates and their illustration of European military history throughout several centuries.

The casemates are a wonderful opportunity to get to know the history of Luxembourg City and the various foreign powers who controlled the territory centuries ago. It is also an excellent viewpoint for panoramas of the city and the Grund area.

As well as allowing visitors to pass through the former prisons of the old Luxembourg Castle, the visit to the Bock Casemates concludes via the Castle bridge and visitors end up on the Chemin de la Corniche, Europe's most famous balcony. 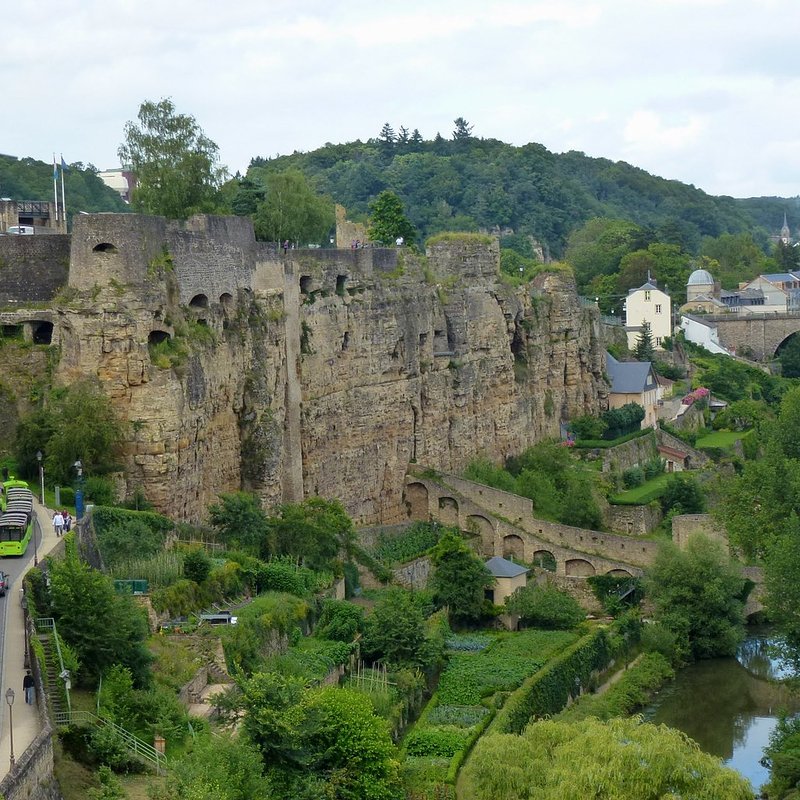 Famous visitors and a theatre?

Amongst the famous people who have visited the Bock casemates are (obviously) Grand Duke Henri and Grand Duchess Maria Teresa, but also Grand Duchess Charlotte in 1936 (three years after they opened to the public). Other more military-inclined visitors were Prince Henry of the Netherlands (1868), Emperor Joseph II of Austria (1781), and finally, none other than Napoleon Bonaparte himself in 1804!

One of the chambers in the Bock Casemates, formally known as the "Batterie du Grund" had four loopholes for eight cannons, which would fire alternatively to defend the lower town of the Grund. That Chamber is now known as the Tun Deutsch room to honour the Luxembourgish actor (1932-1977), who founded the Casemates theatre and held performances within the city's fortifications.

And finally, did you know that the Gare neighbourhood of Luxembourg City also has casemates? 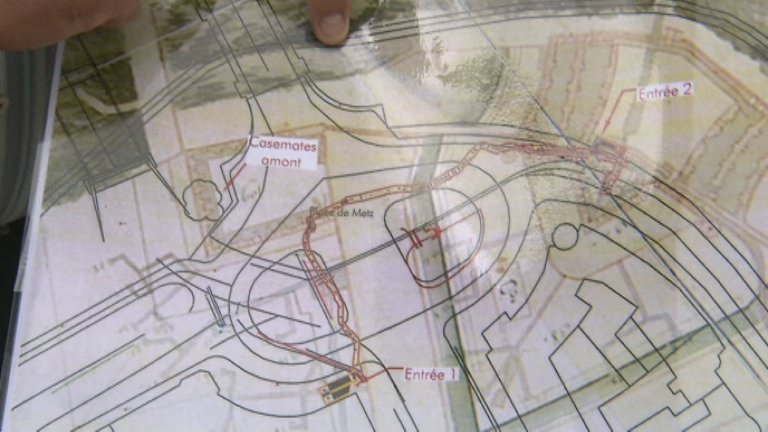 For more information on visiting the Bock Casemates, opening hours, and guided tours, check out our below article.