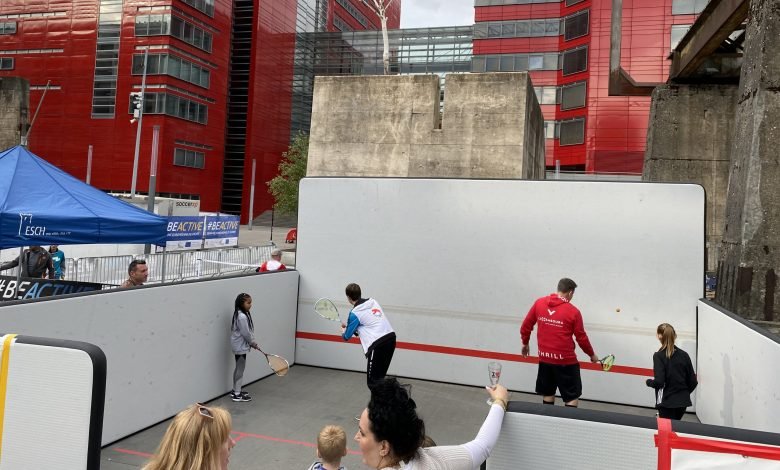 In order to promote squash in Luxembourg, coach Marc Thrill had the THRILLing idea of building his own portable outdoor court.

The homemade court had its first public appearance on "BeActive Day" last year, a campaign that took place at the University of Luxembourg to promote sport and inspire citizens to engage in physical activity.

More than 120 participants took part in discovering the 6m long court, swinging the squash rackets at the 3m high wall. The system is built out of interconnected mats and takes around 25 minutes to set up. You can also easily transport it in a SUV!

Thrill believes that sports "need to change" and that "courts need to go to the people". He claims that an easily transportable outdoor court will be more accessible to the general public and allow for more "sports weeks in schools and universities".

The court is set up twice a month at the Schengen sports hall.