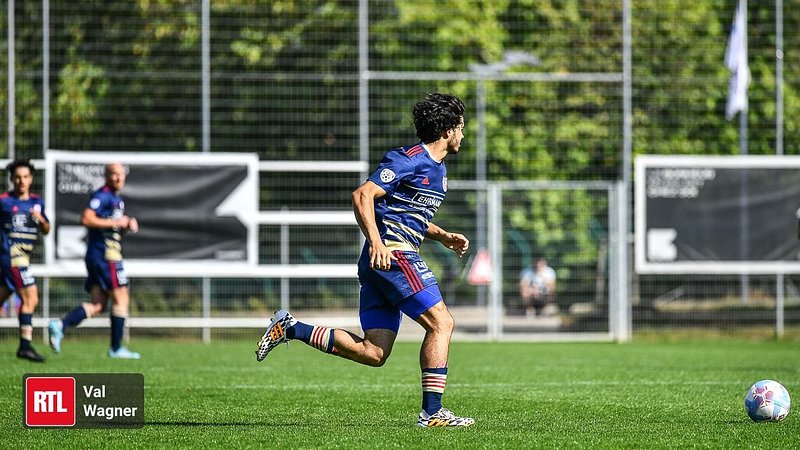 Playing in snow was great fun to watch and several games did provide high-quality entertainment and a fair amount of goals, but it isn’t something to be experienced again this year. The league goes into a winter break, returning mid-February. Until then, let’s have a recap of Matchday 15:

New times at Fola promised a new beginning with manager Stefano Bensi and his assistant Veldin Muharemović, who took over the reins two weeks ago, replacing interim manager Serge Wolf. Bensi had been playing for the club until the announcement (on paper at least, as he was out injured) and had the task of turning the club’s fortunes around in the 2023 spring season at his hands. As for the last two games of this calendar year, he promised no major tactical changes to the fans in his first interview, emphasising the importance of sticking to what had been working and slowly changing the aspects which had not.

Their opponents, RFCUL, are by no means unbeatable in 2022/23, often dropping points to inferior opposition, but overall the team look promising enough to justify their spot in the race for European qualification. Manager Fahrudin Kuduzović has a more than suitable team for his ambitions and the tactic seems to have been clicking recently, as well.

After the match got underway, we didn’t need to wait for long to see who the dominant team were going to be on the day. Racing controlled possession, had more chances and converted one early on: Andreas Buch scored from a tap-in after brilliant link-up play between Jonathan Hennetier and Edvin Muratović down the right flank. Once again, Fola’s defence were outwitted way too easily, the centre-backs desperately trying to make a clearance inches away from the goal-line by the time Buch received the ball.

Fola had some minor opportunities from counter-attacks afterwards, but they didn’t seem to have a real chance to dominate possession or slow the tempo down to their liking. They stood firm nevertheless, up until the 26th minute when the home side doubled their lead, thanks to a rather easy finish by Muratović, arguably helped by the sloppiness of the defenders in coping with the corner. After losing the header, they hesitated to react and watched in awe as Racing’s striker controlled the ball calmly and shot a powerful attempt past the goalkeeper, below the crossbar.

Perhaps not entirely surprisingly, the pattern of the game didn’t change much. Fola still continued to play to the quickness and technical abilities of wingers Bruno Mendes Correia and Lucas Correia in one-vs-one situations, while most of the happenings were kept under complete control from the home

team. This situation went on for the remainder of the second half, although the scoreline had changed by the time the referee blew the whistle for half-time. Kévin Nakache scored after a corner, after having his first header initially saved by Evan Da Costa.

The second-half continued in a lot less eventful manner, Racing seemingly dropping back a bit but still having the upper hand on the pitch and on the scoreboard as well. The first action to write home about was Fola attacker Gilson Delgado’s injury. It looked a bit serious at first and did indeed take a couple of minutes to continue the game, and eventually he was subbed off for Benjamin Runser. As it turns out, this happened to be Runser’s last game of football in his career, as the 31-year old French attacker announced his retirement ahead of Christmas, despite his contract running until the summer with Fola. His sudden decision came as a surprise to many, but at least he was able to generate one last memorable moment later on.

Let’s take one step back first. The flow of the game wasn’t interrupted further until the 72nd minute, when a quite harmless attacking situation on Fola’s side ended with a needless and pointless foul on Correia Mendes within the box. Jules Diallo stepped up to take the penalty, and chose the right side, providing a lifeline for Fola in a game that had looked like a lost cause at half-time.

The away supporters had even more reason to cheer for in the Luxembourg snow, as a quick counter-attack ended in another goal. Yanis Lahrach picked out Runser in the middle, who scored what many in attendance didn’t expect to be the last goal of his career. A solid, composed finish between the legs of Romain Ruffier. We’ve seen worse endings.

The following ten minutes contained some excitement and a tight contest for once, as Fola was chasing the game with full faith in getting a draw, while Racing tried to capitalise on the mistakes made in the guest’s build-up, to exploit the first slip-up possible. Eventually, a 90+4’ goal tipped the scale in RFCUL’s favour. Kévin N’Goma and Emmanuel Françoise exchanged passes before the latter tucking the ball into the net, sealing the three points for his club against a surprisingly encouraging Fola side that really came alive after they sensed the first, slightest chance of coming back from three goals down.

The result means Fola Esch, who finished 2021/22 in second place earning a UEFA Conference League qualifier spot with it (with Bensi also being a crucial player in that team), will start 2023 rock bottom of the table with the worst goal difference, with a major turnaround needed if they were about to finish safely above the red zone.

Bertino Cabral Barbosa! Yes, I’m going for the easy choice and pick a player who scored a hat-trick this weekend. But this outstanding performance against Hostert to substantially boost his team’s chances en route to a 5-0 win has long been in the making. Last season, Cabral Barbosa finished as his team’s highest scorer and seemed destined to keep his place in the team even after the signings of Laurent Pomponi, Guillaume Trani, Érico de Castro and Moussa Maâzou in attacking positions, he seemed like the one option who has a more or less guaranteed place in the XI. It wasn’t to be, mostly thanks to De Castro’s flying start to the season, but Cabral was given the trust and the regular game time even when things didn’t work out for him at some games. It’s fair to say he’s back to his best now after continued impressive displays, and he has every chance to get into the top 10 of the scoring charts by the end of the season.

Alhassane Keita’s skilful attempt against Niedercorn didn’t only seem crucial, it looked picturesque as well. Yann Matias salvaged an overhit cross on the left wing and kept it in play before breaking past one opponent and getting ready to cross. The ball found Keita in the centre but at a less than ideal angle. It didn’t cause much of a problem for the Mondorf striker in the end though, as he backheeled it

into the net with ease – nutmegging young Progrѐs goalkeeper Eldin Latik in the process. This eye-catching solution was followed by another great goal from Mondorf to equalise from 2-0 down within only three minutes, but eventually they conceded another two towards the end, falling to defeat at Stade Jos Haupert.

Storyline of the Weekend #15:

Dudelange start the winter break on top of the table, followed closely by Swift Hesper. The two teams have both broken records for the best first- and second-placed points tally at the halfway point of the season respectively. F91 amassed 42 points out of a possible 45 – only losing to Hesper -, meanwhile their title rivals are still unbeaten after 13 wins and 2 draws (against Rosport and Union Titus Pétange).

The destiny of the title is almost always close to being confirmed when there’s such a dominant side with a near-flawless start to the season, but this time with two superpowers competing against each other, we are certainly still in for a treat when the league resumes on the weekend of Valentine’s Day in February 2023.