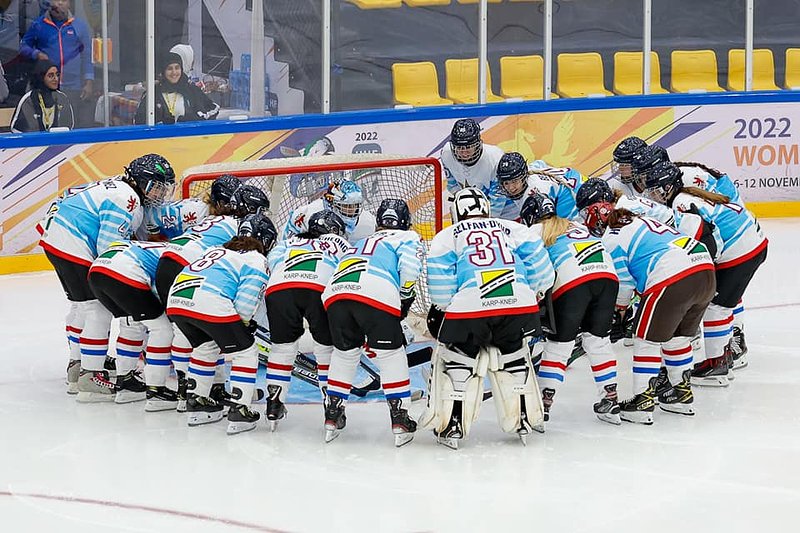 In their first international appearance in the history of Luxembourg ice hockey, the Lionesses were able to secure a victory against Ireland in the opening match of the IIHF Women's Development Cup in Kuwait.

Especially Bailey Habscheid with 4 goals and goalkeeper Linda Grieben stood out. Grieben was voted best player in Luxembourg after the opening game.

Bailey Habscheid is the niece of Marc Habscheid, son of Luxembourgish parents who emigrated to Canada, where he played for the Edmonton Oilers in the NHL and for Team Canada.

Before coming to Luxembourg, she played in the highest Canadian junior league (U18 AAA Saskatchewan) and was even named the most valuable player in the entire league in 2010.

In the second match against the United Arab Emirates, who had won 10-1 against Andorra on the first day, the Luxembourg women prevailed 6-3 and are now in second place in the table after two days unbeaten and level on points with Colombia, who beat hosts Kuwait 7-2.

The Luxembourgers now move on to face hosts Kuwait, then Andorra with the last match being against favourites Colombia.