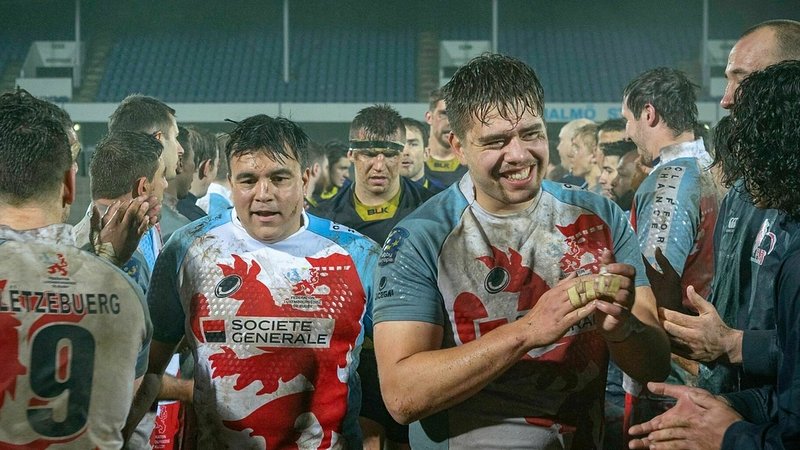 Eugene Mark and Eugene Louis Gillespie are making club history when becoming the first ever father-son duo to appear in the same Bundesliga match together, on Saturday 24 September in Cessange against Frankfurt 1880.

Eugene Louis has been playing rugby with RCL since the age of six, together with his younger brother, Josh, who is a Senior U18 this season. He will join his older brother and father next year, for the 2023 Senior Pre-Season.
The senior Gillespie has been coaching the juniors, including both sons, all through the Juniors and Colts, where he jointly coaches the U18’s this season. He got selected for the national Luxembourg team in 2019 against Sweden, a match that they ended up wining.

He said: “I really enjoy 'Growing our Game' of rugby here in Luxembourg and at RCL. It has been a massive part of my life, and of course, not only playing alongside with Eugene Louis (and later Josh in 2023) but also the other upcoming former Juniors and Colts, whom I have had the privilege of coaching over the years, who now fill the ranks and Senior Squad of RCL.

Rugby teaches us life skills, resilience, discipline, as well as providing us with lifelong friendships and - most importantly in this day and age - a positive mental mindset to help us cope and navigate our way through this ever-changing world we live in. The fitness and endorphins are a big plus, too!”

Eugene Gillespie’s is playing front row: Tighthead Prop (3), Loosehead Prop (1) and can also cover the Hooker (2) position, while Eugene Louis will provide cover in the back line and Wing Forward positions.