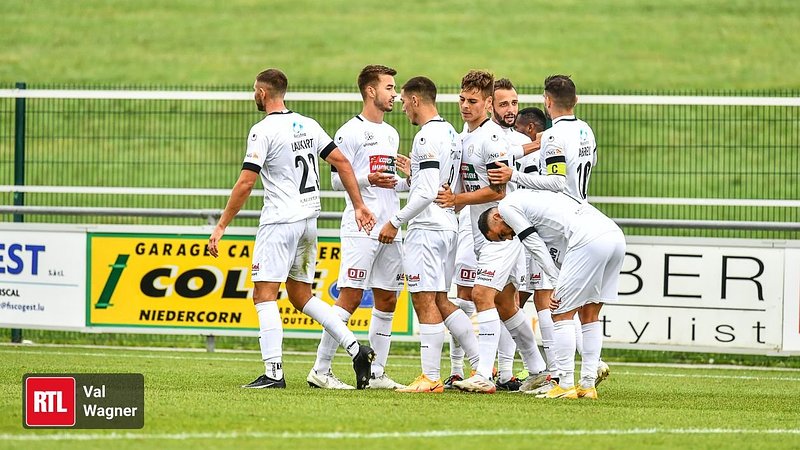 Hesper, Dudelange and Niedercorn provided the highlights of an altogether exciting matchweek, where we saw a derby and a highly-touted match that went way differently to what many imagined beforehand.

Game of the Weekend #7

It is a shame the Käerjéng – Union derby missed out narrowly, but there really is only one choice to go with if we are looking for the game that defined this past weekend. Fola Esch’s absolutely shocking 8-1 loss to relentless scorers Swift Hesperange has been one of the most memorable games in the division for a long time – even though the writing had been on the wall for Fola.

Before travelling to Stade Alphonse Théis, Fola had already recorded three losses and a draw in their previous four games, conceding nine times in the two away games to Mondercange and Differdange in the process.

On the other hand, Hesper were the top scoring team in the division coming into the game, with 21 goals in only six games.

The biggest question of the game was whether Fola can live up to the task and save face against one of the best opponents they could face in the country. As the game started though, it became clear it was more of a case of how long Fola can hold on to the 0-0 scoreline before conceding. Eventually, the 21st minute was the turning point, as Rayan Philippe opened the floodgates with a delicate chip over goalkeeper Evan Da Costa. Surprisingly enough, we only saw one other goal until the end of the first half. Defender Nego Ekofo was fouled inside the opposition penalty area 41 minutes in, and Dominik Stolz converted the resulting penalty with ease. Despite the narrow-looking 2-0 scoreline, the game was utterly one-sided, and the statistics hinted at more of the same to come in the second half.

The teams carried on right where they had left off after the interval, with an intensive opening 10 minutes bringing one goal each for both teams: first Philippe doubled his tally for Hesper before re-signed Fola winger Lucas Correia managed to pull one back with an absolutely spectacular sequence of dribbles through the Hesper defence. That piece of brilliance seemed to set Hesper back for the following 10 minutes or so, as their opponents picked up the pace and managed to stay in the game. Not for too long though, as Hesper scored 3 times in 7 minutes either side of the hour mark to make it another night to forget for Fola fans. Attacking midfielder Dominik Stolz registered a goal and two assists in this seven-minute timeframe, which is a mindblowing stat despite Stolz’s well-known stature as one of the elite players of the division for years. Luxembourgish international Kévin Malget was also able to score from a brilliantly-placed header after a corner. The cherry on top was another double salvo to make it eight: Stolz made it a hat-trick for himself in the 71st minute, before Smail Morabit was afforded three straight shots on goal in the 74’, to score his third rebound from the post and complete Fola’s misery.

The game managed to further confirm the recent trends in both clubs’ forms in the season so far, in a game where we could have backed Fola to defy the odds and achieve a way less embarrassing result.

Player of the Weekend #7

Dominik Stolz’s above-described heroics manifested in three goals and two assists in a high-stake game that will live long in people’s memories. There were several high performers as usual, but Stolz’s contribution was unavoidable to mention here.

Goal of the Weekend #7

Although the aforementioned Correia goal was a beauty, there were some nice hits at the rest of the games too.

Toni Luisi opened his account for 2022/23 as his team Niedercorn swept surprise package Mondercange aside at home, by a 4-0 scoreline. Luisi himself was left to finish from a tap-in, but his situation had been made easier by some slick elite-level build-up play in attack before the goal itself.

Storyline of the Weekend #7

Käerjéng and Union Titus Pétange have continued their rivalry after a five-year hiatus and just like in 2017, it was again Union who came out as winners, albeit this time in a narrow contest. The tension-packed game was decided late on, when Union’s star player Artur Abreu provided a glimpse of magic to convert a one-on-one and seal the three points in a prestigious game for UTP.