Search
Special Olympics Luxembourg: Dribbling through the country (16.09.22)
© Alannah Meyrath
The photos published on this site are subject to copyright and may not be copied, modified, or sold without the prior permission of the owner of the site in question.

To draw attention to the importance of inclusion through sport, Special Olympics Luxembourg is taking up the challenge of dribbling with a basketball through the Grand-Duchy for 24 hours.

Special Olympics Luxembourg is the sports federation that offers all people with an intellectual disability the possibility to practice an adapted physical activity, to follow regular training programs and to take part in competitions corresponding to their abilities.

On this occasion, our athletes with intellectual disabilities will be joined by many sportsmen and women and personalities who support them in their challenge to dribble with a basketball across the country for 24 hours, whether on foot, by road, bus, streetcar, or train.

It's the second edition after last year's that started in Wiltz.

Many guests will be welcomed during the journey, as well at the arrival in Hesperange, who also accepted to take up the challenge alongside the athletes and sportsmen. Those include Yuriko Backes, Minister of Finance and Corinne Cahen Family Minister.

I was invited to join the Special Olympics during their first journey from Vianden to Diekirch on Friday 16 September. They handed me a t-shirt and we got started.

Around 5.30pm on Friday the basketball, star of the show, should have arrived in Vianden via parachute but due to security reasons and the weather this part had to be canceled.

But the basketball still made quite the entrance: It was transported to the Vianden castle via sled dogs. 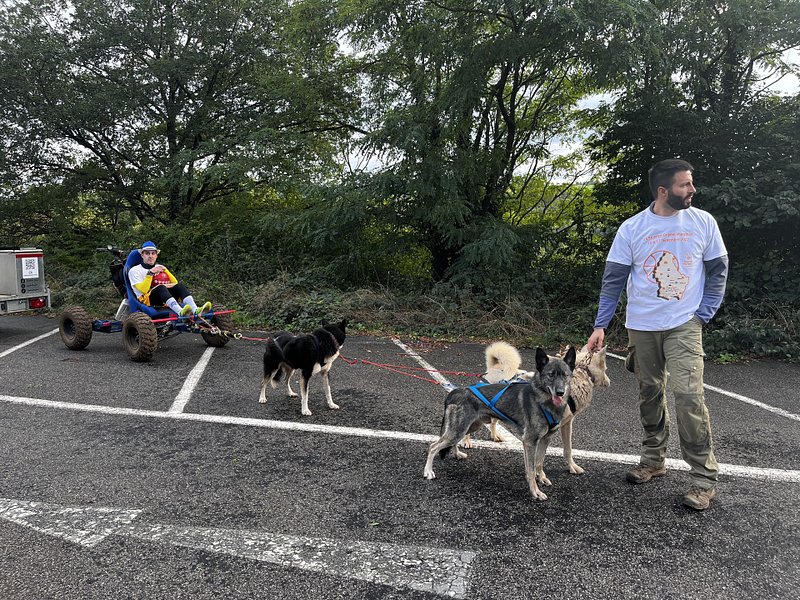 Alex, who was sitting on the sled with the basketball, "felt like he was part of Formula 1".

The dogs were incredible eager to run and the journey through Vianden was quite the spectacle. Going down hill was no problem, but the road up to the castle is a tricky one to say the least. At some point the sled had to be pushed because the dogs were out of breath.

At the castle, group photos were taken, the instructions explained and then the real journey began at 6pm. 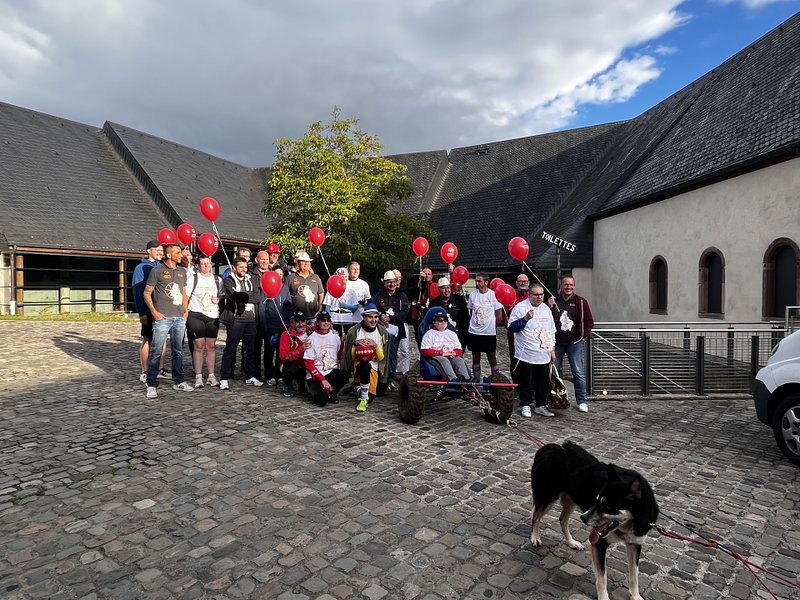 Frank Schintgen, press officer of Special Olympics Luxembourg would start the journey by motor bike, checking out if everything's alright on the road. A mini bus would then drive right in front of the athletes, with a large old school bus driving right behind them.

In case the athletes would get tired, they would sign and they could enter the bus at any time to get some water and rest.

I was sitting in that bus and every time an athlete came back in, everyone applauded, gave high-fives and congratulated them. It was a great to see.

Needless to say that I also ran with the athletes for two separate but small occasions. I should not have worn a jeans, but little did I know at that point. 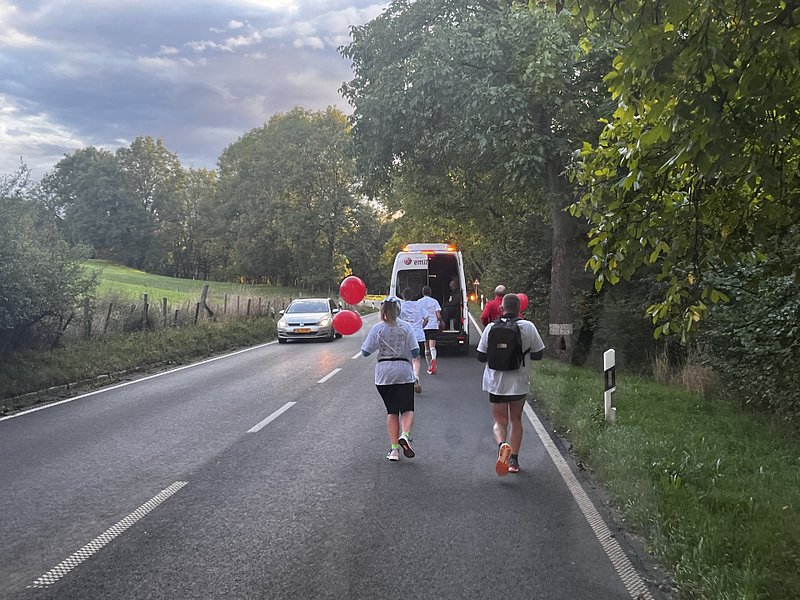 Cars that were passing us honked for support and the athletes made the journey to Diekirch in 2 hours. I was impressed by their speed and stamina.

Before we arrived at the final destination in Diekirch, I also jumped out to run the last part with the athletes. In Diekirch, next to the church, many people were already waiting for us and applauded the athletes that now completed the first part of their 24 hour journey. 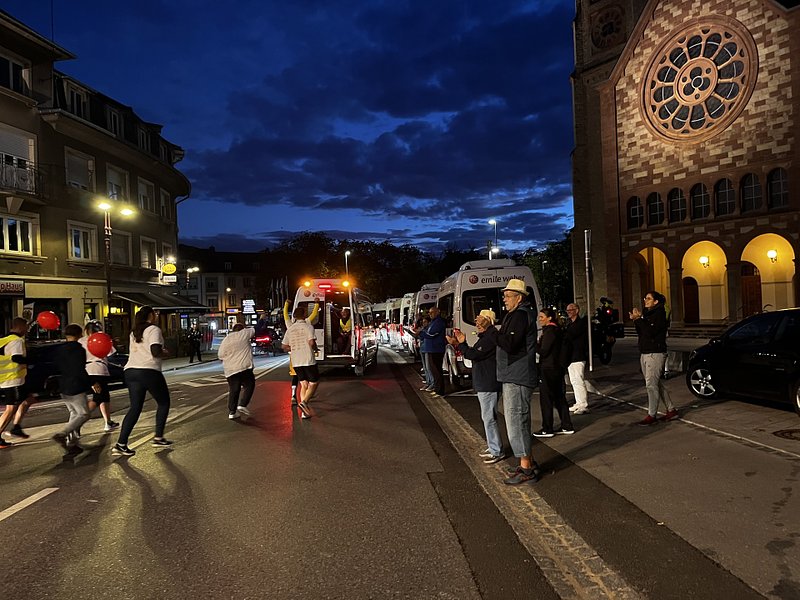 Here it was time for some athletes to go home, while new athletes and supporters joined the next stage of the journey from Diekirch to Larochette.

While I am writing this article, Special Olympics Luxembourg is still going strong in their marathon.

Around 6pm on Saturday they are expected in Hesperange where they'll celebrate their amazing challenge.

The 24 hour Dribble Marathon is an incredibly fun idea and it definitely drew a lot of attention to the cause!