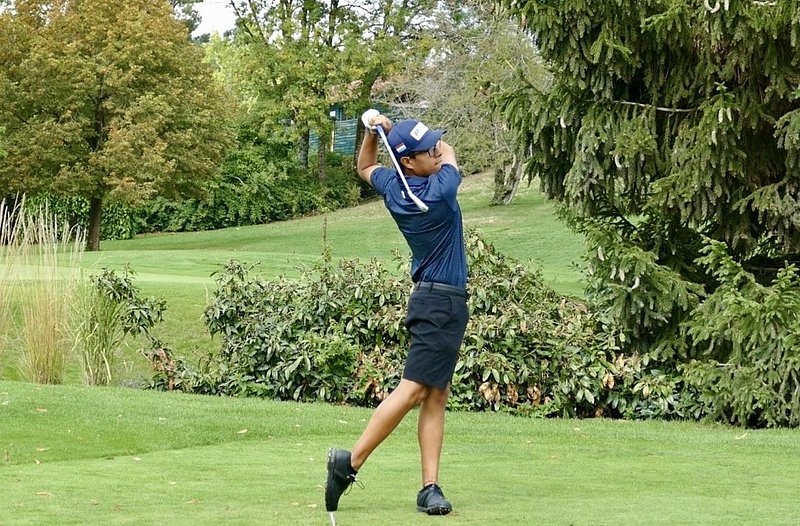 An amazing performance of both secured them the top of the leaderboard after a two-day competition on the beautiful Golf de Luxembourg-Bellenhaff.

Stefan Rojas, an incredible 17-year-old player, was the runner up after the first day of competition. Three young golfers came out of the pack to take the top positions on the leaderboard: Max Biwer was leading with 4 under par followed closely by Stefan Rojas just two shots behind and Andrew Rojas with even par. Nothing was decided yet.

On the second day Stefan kept the pace up while the pressure remained high. An incredible 7 birdies streak brought his score to a 3 under and a tournament total of 5 under par. This earned him the first spot on the podium, with a lead of 9 shots. The twin brothers made one and two, as Andrew Rojas finished as runner up with +4. Max came third, with the same score of +4 as the golf tie breaker ruling applied.

“I feel very proud of the way I played, my game was pretty good this week, I woke up this morning with one idea in my mind, 'go out there to have fun and win'", Stefan Rojas said, and thinking about the junior players following in his footsteps he added: “Play golf because you love the sport and if you want to be good, there is no short cut, just practice and practice”.

Jacqueline Klepper, a solid senior player, was tied in second place after the first round with Marie Binninger. Both tied first on the last hole on the second day. But with an incredibly strong mind and technique, Klepper holed her last birdie with a more than 10-metre putt and a score of +10, becoming the National Ladies Champion 2022, leaving Marie Binninger with +11 as runner up and Marie Baertz, defending champion in third place, with +14.

“I started telling myself today that the youngsters will have to decide their place between, I just wanted to have a good score, then fortune was on my side and I played good enough to beat them, I am really happy” said Klepper.

Stay tuned, next weekend is the National Junior Championship, where young golf stars who shined this past week will play for the Champion title!