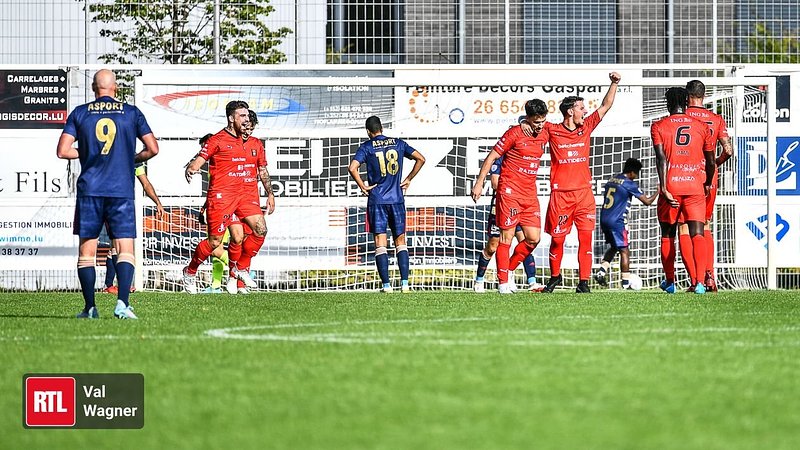 After a matchday with few surprises, the league table is starting to take up a more realistic look, with most teams getting a lot closer to their previously predicted positions.

Surely a weekend to forget for two teams on the wrong end of knockout scorelines, while 33 goals in 10 games is a nice tally in itself.

Match of the Weekend #5

Last year’s second placed team facing third sounds like a promising match-up, but Fola’s well-documented financial issues and a change of direction at managerial level resulted in the majority of their most influential players leaving, and only a handful of replacements issued in time. The team tried building on its experienced core early on in the European qualifiers, but embarrassing back-to-back defeats against Sammarinese team Tre Fiori could be seen as potential alarming signs of things to come in 2022/23. Fola started the domestic season relatively well though, surpassing expectations with going unbeaten for the first three games, after which their 3-0 loss against Mondercange was the first reality check.

Sunday’s game at Stade Municipal didn’t promise to be any easier, even despite Differdange’s slow start to their own campaign, having been given some challenging fixtures early on. The excitement levels didn’t stay high for too long this time, as FCD opened the scoring 13 minutes in, courtesy of a Guillaume Trani penalty. Fola’s defensive struggles were clear for all to see all the way during the first half, as the hosts cruised into a comfortable 3-0 lead by half-time. Érico de Castro has had an impressive start to his Differdange career since arriving from Angola, as the striker now has 2 goals and 2 assists in his 3 games so far.

Little did Fola Esch know (although they could suspect, based on their horrible performance) that their struggles were far from over, as FCD continued the goal fest by two goals in two minutes by Goncalo Almeida, exploiting embarrassing defensive mistakes. The cherry on top was talisman Bertino Cabral’s goal to make it six, who was left unmarked in an easy scoring position and didn’t waste his chance.

Player of the Weekend #5

Kai Merk has been on fire lately - Union Titus Pétange’s German attacker scored a brace this time to help his team pull ahead twice against strong opponents Swift Hesper. The red-and-whites were eventually able to come back into the game and secure a 3-3 draw, but Merk’s efforts were nevertheless impressive.

Goal of the Weekend #5

Goncalo Rodrigues’ first goal in Rosport’s home game against Hostert was certainly eye-catching. The young defender managed to get on the end of a cross and finished it off from close range with an acrobatic move. The fact he then turned the game around with his second goal only two minutes later, is just a valuable bonus (even though Hostert equalised later in the game).

Storyline of the Weekend #5

Fola Esch finally announced some new signings last week! Returnee Lucas Correia and new arrival Yanis Lahrach were already trusted enough to feature in the starting XI against Differdange, but it looks like the late deals didn’t solve any of the huge existing problems around the club. As if the Mondercange loss wasn’t a big enough concern, this loss paints a bleak picture about Fola’s season, as the 2020 and 2021 champions aren’t likely to be in the race for European places as things stand.