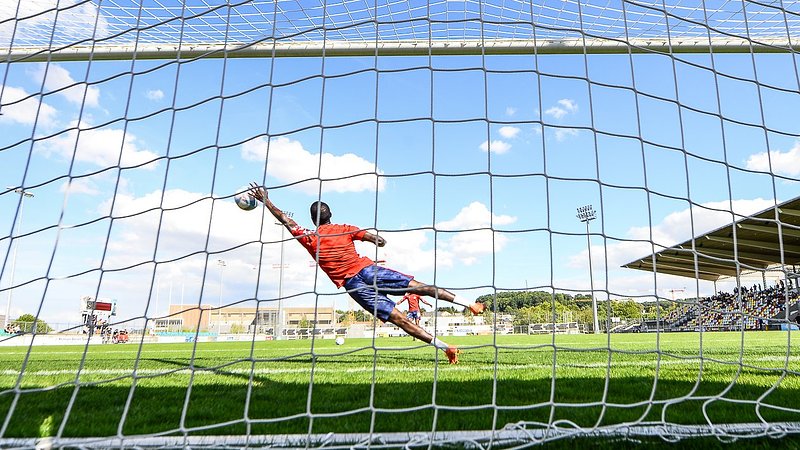 Hello there! I am Bence Horváth and I have been covering domestic football on RTL Today since April 2022.

My job has been to summarise league and European qualifying round action, once or twice a week (with the occasional national team articles). I am incredibly grateful to have been given this chance, and I will keep on trying to capture the essence of Luxembourgish football and maybe provide something unique in these titbits, as I always have done. I, myself, am not from the Grand Duchy. I have spent all the 17 years and a handful of months of my life so far in Hungary, but for some reason, have got a vast interest in Luxembourg’s football. As the football and culture nerd I am, I regularly checked European qualifying results from the earliest rounds when the spotlight was otherwise not on the competing teams.

Luxembourg’s steady improvements in both the national team’s results and on the European stage caught my attention. Some of my most notable early experiences have been watching Progrѐs Niedercorn miraculously knocking Glasgow Rangers out of the Europa League, and the national team’s victory over Hungary in a game that I still remember, despite it being rather unremarkable.

Luxembourgish football is easily accessible in terms of news and options to watch the games live, which provides a way for people like me to keep up to date from afar. The atmosphere at the games impressed me early on, mixing small pitches with fantastic backdrops with some passionate fan support, which gives the league a similar vibe as English lower league action in my eyes.

To me, a football fan who has grown bored of the game’s lightning fast (supersonic even) evolution to a fancy, glamorous game for the rich – straying ever further from its original values in the process – I cherish the simplicity seen in a semi-professional first division like Luxembourg’s. As individual ability levels across the league have increased by now compared to decades ago, the games contain football’s core essence, and at the same time, make for a nice viewing.

Over the months and years, I have gradually got closer to Luxembourgish football, but my passion never manifested in anything more than watching the games and tracking the teams. That was until the first global lockdown came back in 2020, when I first realised that I had built up enough knowledge over the years to start reporting the topic on social media. I eventually launched a Twitter account under the username @LuxembourgFooty, and although the first few months were a learning curve for myself as well, I managed to get some following on the platform.

Twitter is a great site for anyone obsessed with football, and accounts of all kinds of obscure sub-topics in football can be found there; thanks to huge base of people open to get some insight into various footballing cultures, I have had the chance to meet a number of fellow enthusiasts. I currently have just over 3,000 followers on the page and it feels surreal to know just how many people are interested in a subject that might seem irrelevant to most.

Although the general approach among social media bloggers tends to be going for unique and diverse content instead of prioritising the increase in followers alone, the follower count certainly does matter to most. More recognition and attention opens more doors in terms of new opportunities, offers and tasks from various sources, domestic or international. I could not have got this far (and would definitely not be submitting this article up here) without the continually increasing activity on my Twitter page, but I am obviously not planning to stop here.

I believe this account and the experiences that come with it are providing a perfect pathway for me to aim even higher in the future, with the valuable experience I am racking up currently being a big help in that.

For now, I will continue doing what I have been doing on this site, reporting on every matchday in the domestic league, providing you with weekly updates. This series I have started aims to highlight the top moments of the week, whether that be a stunning goal, a brilliant individual performance, or an exciting derby.

I believe the league definitely deserves a lot more attention and appreciation than what it currently gets, and my goal is to do my best to push it in the ideal direction.