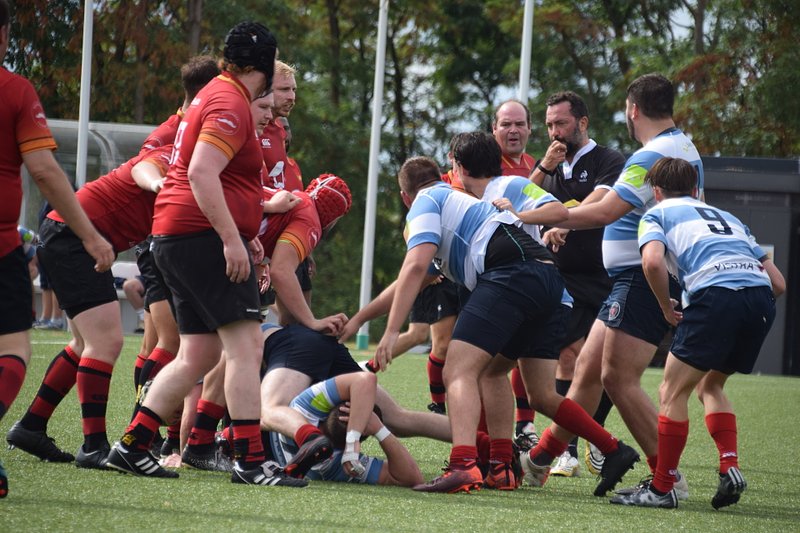 The RCL pack dominated from the start giving the young backs a solid platform to play from.

Luca Lecerf and Will Verrinder found space on the right wing to combine well for two early try’s.  As the pitch dried out after a prematch thunderstorm the RCL team played some excellent flowing Rugby against a brave opposition.

The final score of 125-3 gives RCL a perfect platform to build on.