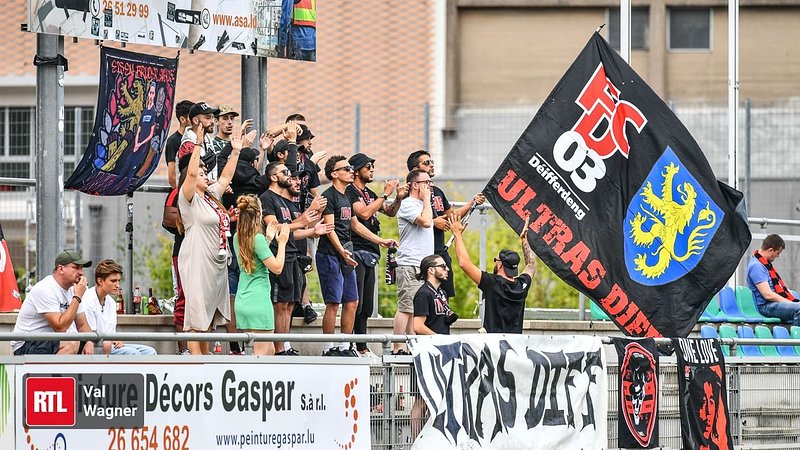 Several clubs were able to build on their initial momentum last weekend, while some unlikely candidates continued struggling. We will have a look at both of those categories - and everything in between – in our usual weekly matchday review.

Match of the Weekend #3

Title candidates Swift Hesper have been given a hard run of fixtures early on to prove how much the squad really strengthened: after facing Progrѐs Niedercorn in the first matchday, they hosted another clear top half side, Racing FC Union, already in Matchday 3. Racing crashed out of Europe early on against Serbian opponents Čukarički at the Stade de Luxembourg, but since then, their domestic season had been going faultlessly. Overcoming Differdange in a dominant win was a real statement of intent to start with, but the real test was always going to be playing against the machine that Hesper has gradually become over the past few years. The game itself started with a Hesper goal, after Ryad Habbas converted Rayan Philippe’s pass from the left flank. Racing became a lot livelier after going behind, playing on the front foot, always pushing for chances, which came and went, but without scoring. All things considered, Hesper had control over the game for the whole first half, as they managed to keep their advantage and have more of the ball than their opponents.

The second half started with another wave of high-pressing, aggressive Racing football, but the goalscoring opportunities were few and far between. Hesper’s second goal came halfway through the second half, when Philippe connected well to Dominik Stolz’s through ball, and put the ball in the back of the net with a calm and composed finish past the defenders and the goalkeeper. There was clearly no way back into this game for Racing, who were wasteful with the few chances they had, and this resulted in a comfortable 2-0 win for Swift Hesper, who once again played some really encouraging football against strong opposition. Losing this one was always on the cards for Racing, who will look to bounce back from this unfortunate loss, as they could have easily got more out of this game with a little more luck.

Player of the Weekend #3

After arriving to BGL Ligue with a bang in Matchday 1, El Hassan M’Barki was once again instrumental in Mondercange’s win against Wiltz. The striker had two key moments within the final few minutes, turning a close contest into a confident victory with a goal and an assist. Thanks (partly) to his efforts, Mondercange have now registered 2 wins in 3 games so far as a newly-promoted team.

Goal of the Weekend #3

Irvin Latić’s first time thunderous strike against Rosport would definitely deserve more than an honorable mention in this column, but I’m going for João Magno’s goal against Hostert. With 73

minutes on the clock, the Brazilian helped F91 to take the lead with a perfectly timed backheel shot after receiving a low cross from Samir Hadji. Magno later managed to score again and took his tally to 5 in 3 games this season.

Storyline of the Weekend #3

Progrѐs Niedercorn’s situation looks just as worrying as Differdange’s after 3 games, with both teams still standing winless near the relegation playoff places. Of course it’s early doors and the table positions aren’t at all relevant just yet, both teams dropped valuable points last weekend. Differdange conceded a 90+4’ equaliser from Union Titus Pétange, after Kempes Tekiela exploited a positioning error from the goalkeeper.

The similarities between the two clubs’ situations are striking. Niedercorn scored in the 90+1’ against Käerjѐng to finally grind out a possible win. The shock came afterwards, when the newly-promoted Red and Blues were able to pull the score back to level after an amateur mistake from Niedercorn’s goalkeeper Sébastien Flauss, who accidentally handled the ball outside of the penalty area. The resulting free kick was scored, which left both podium contenders in a disappointing position 10% into the season.