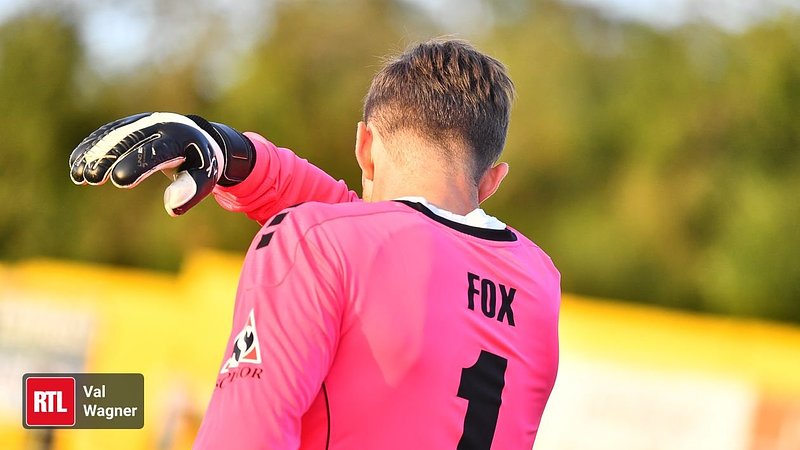 Another week of European qualification gone, and another Luxembourgish club crashed out in uncomfortable fashion. Racing Union’s elimination leaves F91 Dudelange as the only team from the country still fighting for a group stage spot.

F91 exit Champions League at the hands of ruthless Pyunik

Of all the Luxembourgish teams competing in Europe, Dudelange had by far the biggest chance to make it far, boasting a squad superior to the other contenders from the country. And thanks to winning the 2021/22 edition of BGL Ligue, they were only required to win half their ties to secure a guaranteed Europa Conference League group stage place.

Having already won in their first match against KF Tirana, Dudelange also managed to record a win in Armenia to kick off Round 2.

Stade Jos Nosbaum was full of eager fans hoping to witness a historical feat in the country’s football. Pyunik were tough opponents for F91 from the start, and every lapse in concentration, or slight mistake in controlling the ball, was exploited to great effect by the Armenians.

The first goal, however, came from Dudelange building up a quick attack, and Mohcine Hassan heading into the net on his second attempt on goal.

The relieved mood around the stadium didn’t last long though, as Juninho quickly equalised from Uros Nenadović’s assist. It was one of the moments where F91’s usually strong defensive structure was caught horribly off-guard.

Things only got more complicated during the second half. Luka Juričić put Pyunik ahead within 10 minutes of the restart.

Fangueiro’s reaction to the tie now standing at a draw on aggregate was to withdraw one of his creative assets, Filip Bojić, for a more defensive option in Vova.

The plan didn’t succeed though, as a leaky Dudelange defence were getting more and more desperate and recklessly attacking towards the end, conceding two further goals in the last 15 minutes after decision-making errors from Jules Diouf and Lucas Fox.

Nonetheless, the team had done enough. F91 Dudelange will now continue in the Europa League, where they will face Malmö FF from Sweden next week.

A quick adventure reaches its end for Racing

Racing FC Union Luxembourg had the advantage of only joining in the second round of the Conference League qualifiers, after they finished the domestic season as cup winners.

The draw was unlucky for them, as their opponents, Čukarički, were always going to be the favourites of that match-up.

The Serbians showed their strength last week, in a dominant 4-1 win at the Stade de Luxembourg which didn’t leave many doubts about the outcome of the tie.

Racing’s aim in the second leg was mainly to give any travelling fans a memorable away day before the start of the season.

RFCUL did weather the storm quite well for the first 39 minutes, before the sloppiness seen in last week’s game kicked in again.

Gambian striker Mohamed Badamosi scored a brace within two minutes, the first after a loose ball in defence, and the second from being unmarked in the box after a corner. This rapidly settled the game by half-time, but Čukarički didn’t drop off at all.

Djordje Ivanović continued the goal fest after 52 minutes, while consecutive errors from the Racing defence allowed 18-year old Mihajlo Spašojević to set the score line at 4-0 not long before the final whistle.

Unfortunately, Racing didn't show enough promise in their attacking build-ups this time, but the upcoming BGL Ligue games will arguably be a better indicator of their real ability - given the clear gap between Čukarički and the majority of Luxembourgish teams.