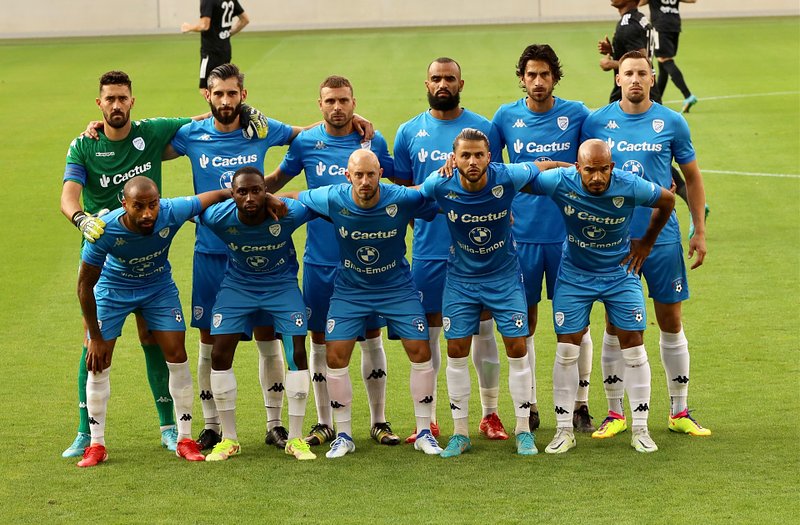 This week Luxembourg's teams had vastly contrasting fortunes in European competitions, with F91 Dudelange registering a vital win in Armenia, whilst Racing FC Union were heavily beaten at the Stade de Luxembourg.

F91 prepare for the second leg with narrow advantage in hand

Pyunik Yerevan were one of the easier opponents F91 Dudelange could get in the Champions League second qualifying round, but every team that gets through Round 1 are capable of causing some upsets or proving a step too far for a club of F91’s stature.

The Armenians started the game comfortably on home soil on Tuesday, but despite creating a number of chances, the majority of them weren't from ideal shooting positions.

Meanwhile, Dudelange weathered the storm heroically and even launched the occasional counter-attack at times, but luck wasn’t on their side when Mohcine Hassan’s shot bounced off the post, back into play.

Dudelange's players gained some courage in the second half, and the overall more proactive display resulted in the goal: Artak Dashyan was penalised for a foul inside the box, and Samir Hadji scored effortlessly from the consecutive spot kick.

The score line didn’t change for the remainder of the game, which takes F91 Dudelange to historic heights, as the team is just one win (or draw) away from a guaranteed group stage place in one of Europe’s three continental competitions.

The country’s national stadium, Stade de Luxembourg, hosted the first club game in its one-year existence so far, and it’s fair to say that the atmosphere was rather friendly when Racing FCUL hosted Serbian opponents Čukarički in the Europa Conference League’s second qualifying round.

A crowd of about 500 people watched on as a quick exchange of goals made the scoreline 1-1 relatively early on. Racing’s goal was scored by Abdelhakim Omrani, who found himself unmarked at the far post after a corner taken by Jérome Simon.

Unfortunately, their joy didn’t last too long due to frustrating attacking mistakes by the home side and a much more deadly conversion rate from the away team.

Srdjan Mijailović put Čukarički 2-1 ahead after 35 minutes, and thanks to a good start to an otherwise eventless second half, the Serbians scored a further two goals.

All in all, the conceded goals all looked avoidable, as two were caused by clear defensive errors with and without the ball, while the other two were long-distance shots that could have been avoided by a tighter marking of their midfielders, who exploited Racing goalkeeper Romain Ruffier’s weaknesses perfectly.

With the Serbians being the favourites on paper, and already holding a three-goal lead, it seems unlikely that we get to see RFCUL again in Europe in 2022/23, but it will nevertheless be interesting to see whether Fahrudin Kuduzović’s crew can recover from this defeat and prepare suitably for the BGL Ligue campaign starting in early August.