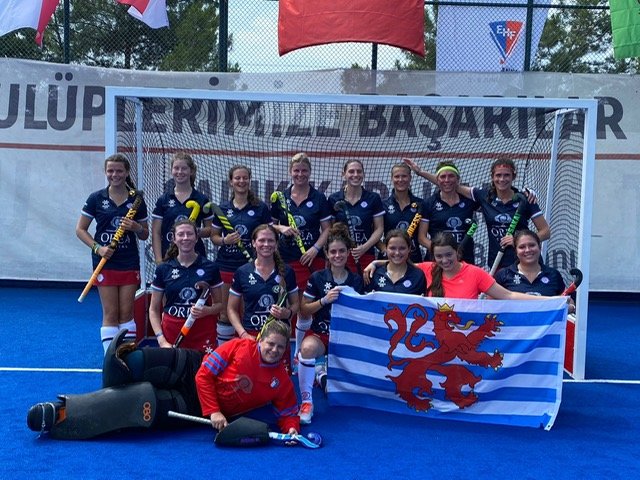 The Luxembourg Hockey Club Women's team is competing in the EuroHockey Club Challenge in Alanya, Turkey.

The team ended first in the LFH 3-D division in Belgium and therefore qualified to participate in the European club challenge, bring a 15-woman squad. Two pools of teams are playing in the qualifying rounds andwill  then play for 1st to 4th place in two separate games on Saturday, June 11.

The first game was on June 9 against Welsh side Gwent HC, who won 3-0. It was a tough game with an experienced opponent. Chances came on both sides, but Gwent were more effective in scoring. The LHC players fought hard to get back in the game, but unfortunately their relentless effort was not rewarded.

The second game was on June 10 in the return game against Gwent. Knowing the opponent better, it should have been a different game, but Gwent came out strongly and LHC had a challenging time keeping the pace. Gwent was very efficient and scored quickly in the first half to go 2-0 up after 20 minutes. The final score was 6-0.

On Saturday, June 11 LHC will play their third game against the winners of Pool A which consists of: Gilbraltar HC (GIB), Sansea HC (UK) and Alanya Stars Hockey Kulubu (TUR). The winner of this game will also be either winner or runner up of the tournament.

The LHC Women’s team had a fabulous 2021-2022 season, and this Club Challenge is the cherry on the cake for all the players.