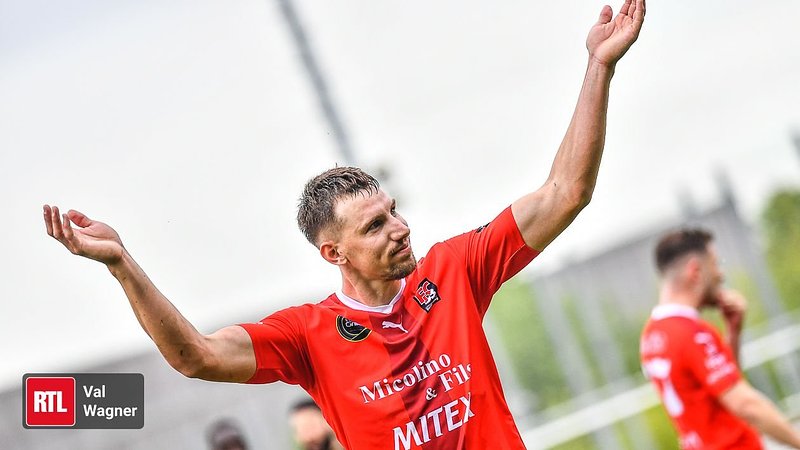 Apart from the relegation/promotion play-offs, the season has now come to an end. For some clubs, it couldn’t come too soon, while others made the most of their last chance to overtake their rivals.

Here’s a quick lowdown on what happened eventually:

This one wasn’t a surprise, after the 7-0 win achieved against Hamm Benfica last week, F91 could already celebrate. They managed to officially win the title this week, as they scored a further 3 goals away at Wiltz to suitably prepare for the cup final later this week. The first position also ensures their spot in the UEFA Champions League qualifying system. Dudelange have been one of, if not the single most balanced team over the past few seasons, so getting the chance to play Champions League football might be beneficial for the country’s overall chances in Europe, too.

F91 Dudelange are the favourites in the cup final to be held on Friday, and that result could still decide several things. Differdange beating Fola to the second place in the very last fixture might mean that they get to join the UEFA Europa Conference League qualifying scheme a round later, as either the cup winner (RFCUL possibly) or the best-placed team (FCD 03) get to advance with a bye from Round 1. So in the event of F91 winning the cup, Differdange would qualify for the second qualifying round, while Fola would be joined by Swift Hesper a step below.

The 13th and 14th placed teams in the first division will have to face the teams in 3rd and 4th in the Ehrenpromotion – this means there’s a chance for both clubs to stay in the division, but both could go down at once too. Wiltz’s opponents are Jeunesse Junglinster, a side that was very close to achieving straight promotion, but in the end, UN Kaërjeng were proved too hard to beat. Hostert will have to beat FC Mamer ’32 in the other tie. Hostert have stayed up twice over the last nine seasons winning their playoff battles, so if that mindset is still around, we could be in for one last great Henri Bossi moment before he eventually moves on in the summer.

To tell the truth, it felt like a 14-team league for the biggest part of the year. Rodange occasionally rose to the occasion, causing some surprises especially as the season’s end was approaching, but they fell way short of managing the “Rodange-tada” a lot of their fans (and even neutrals) were so enthusiastic about. Hamm Benfica, on the other hand, didn’t find their form anytime during the season, as they faced one loss after another. 1 win, 1 draw and 28 losses was their final record, conceding a shocking 105 goals in the process. On the other hand, their top scorers João Martins and Firas Ben Othman scored 2 goals each. 7-0 defeats against Fola Esch, Dudelange and Swift Hesper, plus this season’s record 1-9 against Progrѐs Niedercorn might live long in the memory of this outstandingly young squad, who weren’t ready and weren’t capable this year.

They will be replaced by Mondercange and Kaërjeng next year, and while we never know what the future holds, it looks almost sure that the squads of the two promoted sides already look a lot more compatible to first tier football than Benfica’s ever was