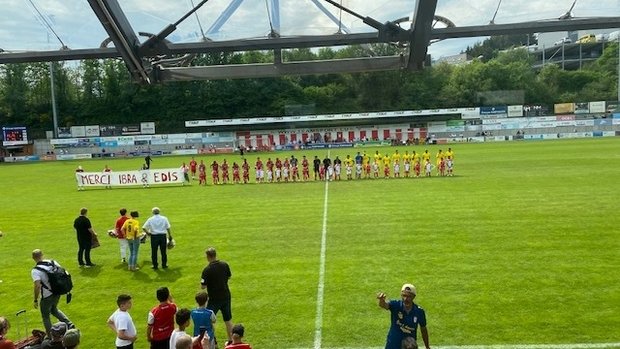 Sunday marked the final day of the 2021-22 BGL Ligue, with F91 Dudelange securing a win to be crowned champions of Luxembourg.

Although F91 were almost guaranteed to win the title due to their goal difference, they underlined their dominance one last time with a clear 3-0 away win over FC Wiltz 71.

It is the 16th league title for F91 since 2000 and means they are once again eligible to play in the Champions League qualification stages.

Wiltz's defeat on the last day means that the club has to play one final relegation match to ensure that they stay in Luxembourg's top tier, as do Union Sportive Hostert. The teams will have to face off against Junglinster and Mamer respectively.

BGL Ligue: FCD03 - Progrès Niederkorn 2:0 (22.5.22)
The photos published on this site are subject to copyright and may not be copied, modified, or sold without the prior permission of the owner of the site in question.

Swift Hesperange won 2-0 against Racing FC and secured fourth spot in the table. Should F91 win the Luxembourg Cup, then Swift will still qualify for European football next season.

Overview of results (replay and ticker)