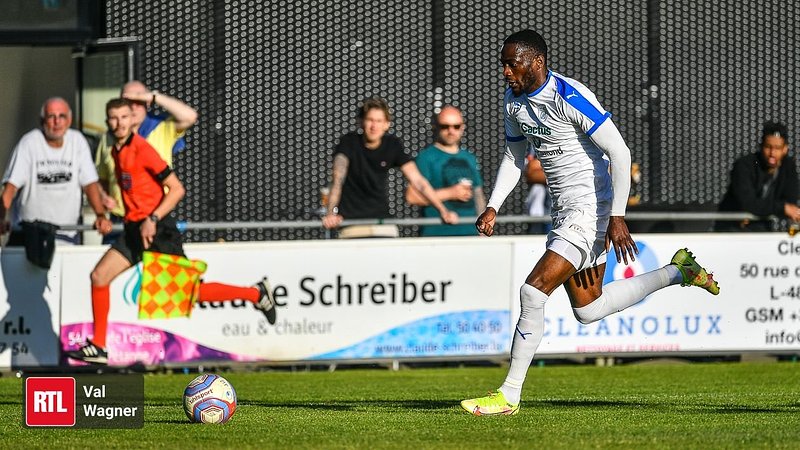 The National Division basically has its new winner, as Dudelange’s confident win all but confirmed the fate of the league title. Meanwhile, US Hostert cemented their place in the unfavourable 14th position that comes with relegation worries. Here is more about what happened exactly:

Dudelange leave nothing to chance

Although it isn’t official yet, we can confidently announce F91 Dudelange as BGL Ligue 2021/22 winners. Their latest 7-0 triumph against Hamm Benfica meant that the gap between the first two teams still stands at 3 points, and Fola Esch have to overturn a 21-goal difference between the two respective teams’ goal differences in order to usurp F91 to the title. This was the last match held at Stade Jos Nosbaum this season, and F91 made sure to make this a memorable afternoon for both sets of fans, and the neutrals as well. Adel Bettaïeb was the main man, scoring a hat-trick after his decider in the cup against rivals Fola on Wednesday. Samir Hadji, Kévin van der Kerkhof, Dejvid Sinani and Mehdi Kirch all scored in the unstoppable machine that Dudelange’s attacking system is.

Dudelange’s goal fest wasn’t the only one over the weekend, as the spectators at Stade Achille Hammerel were witnesses of another such treat in an otherwise rather meaningless clash between two upper mid-table teams. What Strassen players probably didn’t expect, was to concede six times, and only score via a penalty when everything was already lost anyway. Bettaïeb’s performance from the other game was matched here, as Yann Mabella became a hat-trick hero only 34 minutes in. Strassen’s defence is one of the best in the division so to have such a breakdown is totally atypical of them. Racing FCUL, on the other hand, can benefit greatly from this result, mainly mentally. They are facing a tough test against Swift Hesper on the final day of the season, and although nothing is on the line for them anymore, they still have to make sure they prepare perfectly for their cup final to be played on 28 May against league leaders F91.

Mondorf escaped relegation scrap thanks to a crucial victory at home against Rosport. Fola, Differdange, Hesper and Niedercorn all won their matches which makes for a fascinating battle for the European qualification places. At the other end of the table, the situation is similar, as Wiltz, Union Titus Pétange, Victoria Rosport and Etzella Ettelbrück are still vying to avoid the uncomfortable relegation playoff scenario.