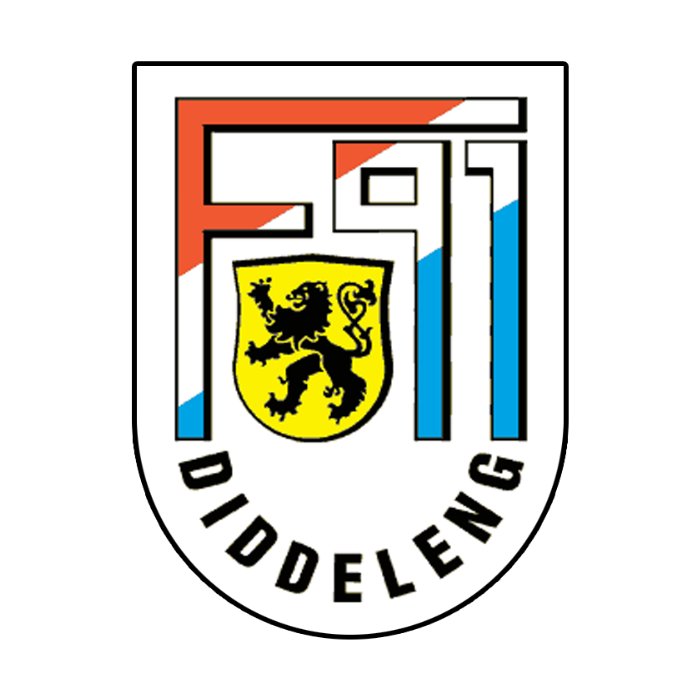 Our football profiles series continues with the story of the dominant side of Luxembourg's recent football history, F91 Dudelange.

RTL Today has for some reason decided to assign the new intern (me) the task of outlining the accomplishments of every club playing in Luxembourg's top football league. It is a journey that has taken us through 16 clubs and to every corner of this little country.

That journey ends today, as we have finally reached the top of the National Division table, meaning in our last article of this series we will head down to visit Luxembourg's southernmost club and European pioneers F91 Dudelange, who have won the most trophies of any Luxembourgish club in the 21st century and could be headed for more silverware this season.

F91 Dudelange was formed in 1991 as a result of a three-way merger between local clubs Alliance Dudelange, Stade Dudelange, and US Dudelange. All three clubs had been successful to varying degrees in the past, but each had fallen upon hard times and the merger was seen as a way to create a more stable club. The new club took the league position of Alliance Dudelange, who had been playing in the second-tier Division of Honour the previous season.

F91 had no trouble securing immediate promotion to the National Division in their first season, then spent the next several years primarily recording top-half finishes before things got serious around the turn of the century, as the club finished as runners-up in 2000 and won their first title as a new club in 2001.

That first title was immediately followed by two more, establishing F91 as the dominant force in Luxembourgish football. The club have kept that status since, finishing either at or near the top of the table each year and winning the Coupe du Luxembourg with regularity. F91 won a staggering five titles in a row between 2005 and 2009, and also won four in a row between 2016 and 2019. Near the end of that last run, the club qualified for the group stage of the UEFA Europa League to become the first Luxembourgish side to reach the group stage of any UEFA competition, then repeated that feat the next year.

The Covid-shortened 2019-20 season was a poor one for F91 by their standards, as when the season was cancelled the club were in 5th place and thus they failed to qualify for European competition for the first time since 1999. They improved last season, but were unable to capture the title from Fola Esch and finished in second place.

F91 are one of the most successful sides in Luxembourgish football history in their own right, as in three decades of existence the club has managed to win 15 league titles and 8 Coupe du Luxembourg trophies, enough for second-most in league history and tied for fourth-most in cup history. As they have won over 10 league titles, they are one of only two active clubs in Luxembourg entitled to wear a star above their badge, and will be hoping to earn a second star by reaching 20 titles in the next several years.

When taking into account the achievements of F91's predecessors, the club can lay claim to the 10 league titles and 4 cups won by Stade Dudelange, two cups won by Alliance Dudelange, and one cup won by US Dudelange for a grand total of 25 league wins and 15 cup wins.

F91's recent achievements in Europe are what truly set them apart from any other Luxembourgish club. As regulars in the competition from the late 1990s on, F91 became accustomed to defeat at the first hurdle, as in their first 14 European runs their only aggregate wins were over Bosnian side Zrinjski Mostar and Andorran minnows FC Santa Coloma. In 2012 the club made a big step by reaching the UEFA Europa League playoff during a European campaign in which they had pulled a huge upset over Austrian giants Red Bull Salzburg, but they were well beaten in the playoff by Israelis Hapoel Tel Aviv.

The 2018-19 season was when F91 made the big breakthrough, winning narrow ties in Europa League qualifying over Kosovan side Drita, Polish giants Legia Warsaw, and Romanian outfit CFR Cluj to make history and qualify for the group stage. Once there they were understandably overmatched, as they were drawn in an especially tough group with Greek titans Olympiakos, seven-time European champions AC Milan, and Spanish team Real Betis, but were able to claim a famous point after a 0-0 draw against Betis and hold Milan to just a 1-0 loss.

The next season the club made it back to the group stage and did even better, claiming a draw with Azeri side Qarabağ and most impressively getting their first group stage win over Cypriot champions APOEL Nicosia for a total of four points that, although not enough to avoid the group cellar, was indicative of the massive progress Luxembourgish football has made in recent years.

However, in qualifying for this season's inaugural UEFA Europa Conference League, F91 were handily beaten 4-0 on aggregate by Irish club Bohemians at the first hurdle, a loss they will have to put behind them next time if they wish to continue being Luxembourg's pioneers on the European frontier.

F91 play at the Stade Jos Nosbaum in southern Dudelange, just a short walk from the French border. Prior to the merger, the stadium belonged to US Dudelange. In contrast to the club's big achievements, the stadium is of modest size with a capacity just over 2,500. What it lacks in grandeur it makes up for in scenery, as the stadium is situated in a hilly area that makes for some fantastic photos. The main stand has one of the most interesting designs of any in Luxembourg, and is a must-visit for anyone interested in Luxembourgish groundhopping.

F91 have all but mathematically secured a return to the pinnacle of Luxembourgish football this season, as they are three points clear atop the table with one game left to play and have a far superior goal difference to second-placed Fola Esch. Therefore, even if they lose their final match to Wiltz 71, they would have to lose by an obscene margin and Fola would have to win by a similar margin, therefore the celebrations are just about underway. F91 have only lost five league games this season, all of them to other teams in the top half. F91 are also in the final of the Coupe du Luxembourg, where they will play Racing Luxembourg after a thrilling 5-4 semifinal victory over Fola Esch that they turned around late in the game. Therefore, a league and cup double is still on the table, which would be a huge achievement for the team after spending the past two seasons off the top.

F91's place atop the table has been earned by the efforts of several players and not just one. Their top scorer is Luxembourgish attacking midfielder Dejvid Sinani, who has scored 20 in all competitions and 18 in the league to put him in a tie for third in the National Division scoring charts. Just behind him is Tunisian striker Adel Bettaieb, who has 18 total goals and 14 in the league to put him sixth in the scoring charts. Moroccan striker Samir Hadji has 12, French right back Kevin Van Den Kerkhof has 10, and Luxembourgish striker Edvin Muratović has 7.

F91 have the oldest active player in Luxembourg on their books in French-born Luxembourgish goalkeeper Jonathan Joubert, who at the age of 42 has managed to play between the sticks five times this season, twice in the league against Progrès Niederkorn early in the campaign and against UNA Strassen in April. Joubert has has spent his entire senior career in Luxembourg and was F91's number one keeper from 2004 to 2020 as well as the number one for the Luxembourgish national team between 2006 and 2017, earning 90 caps in a storied career. He briefly moved to Swift Hesperange last season to be their starting keeper, but came back to F91 this season to be the backup to Enzo Esposito and Lucas Fox and serve as a leader in the dressing room.

This marks the end of our football profiles series. From the bottom of this intern's heart, thank you to whoever may have taken this arduous journey around the Grand Duchy with me. Keep an eye out for one more article about my footballing experience in Luxembourg coming in the next couple weeks, and who knows, I might somehow make a career on writing about this weird little league in the future.