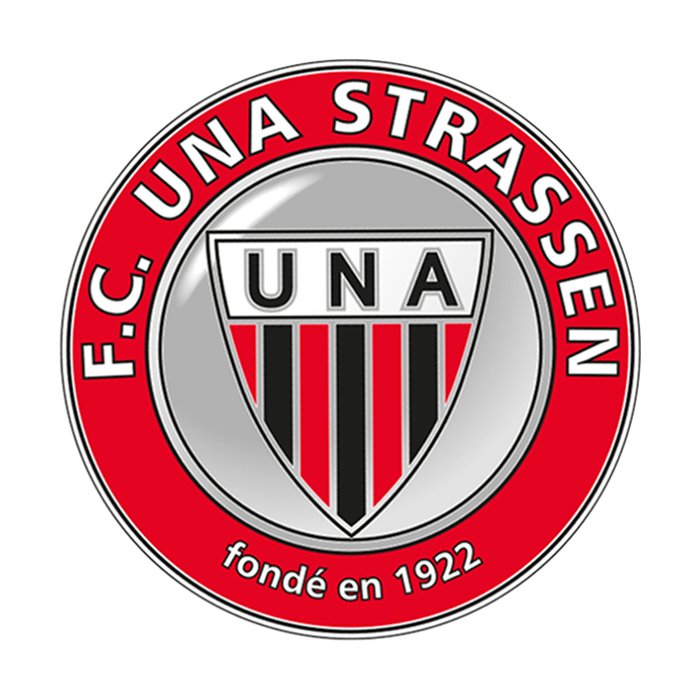 Our football profiles series continues with the story of pyramid climbers UNA Strassen.

Today we head just west of Luxembourg City to cover a club currently in the greatest period of its history in FC UNA Strassen.

FC Union Athlétique Strassen was founded a century ago in 1922, and for the large majority of its history played in the lower leagues of the Luxembourgish football pyramid. Throughout the 20th century the highest level Strassen reached was the third tier, and they played fifth-tier football as recently as 1994.

The club became a third-tier outfit again at the turn of the century, and a 12-season spell at that level was eventually rewarded with a first-ever promotion to the Division of Honour in 2011. In just their second season as a second-tier side, Strassen finished 3rd and earned the right to play in a promotion/relegation playoff against Progrès Niederkorn, but they lost the match 1-0 through a heartbreaking goal deep into extra time.

Strassen didn't let that loss discourage them too much, as two years later they returned to the playoff after another 3rd-placed finish and easily defeated UN Käerjéng 3-0, thus sealing another milestone promotion to the National Division. The club made an immediate impact as a top-tier side, finishing 5th in both 2015-16 and 2016-17, just a place below European qualification.

Strassen have continued to be a strong National Division side, and are now in their seventh consecutive season in the top flight.

Strassen have not won any top-level honours due to their prolonged history as a lower-league side, but strong finishes in their first-ever National Division spell are promising indicators for the future.

Strassen play at the Complexe Sportif Jean Wirtz, a newer ground surrounded by modern buildings. The ground has a very small seated area, but it is almost entirely for standing spectators. Thus, its capacity measures at just 1,500 people.

This season has been another solid one for Strassen, as the club appear set to finish in the top half for the fifth time since promotion. Strassen broke off a five-game win streak in the fall that saw reach them as high as 2nd in the table, but their patchy form in the new year has seen them slip down to 6th at present time.

Strassen have been confidently lead by the goalscoring heroics of French striker Nicolas Perez this season, whose impressive tally of 18 is enough to put him in a tie for second in the league scoring charts. Beyond him the contributions have been limited, but centre back Gauthier Bernardelli and central midfielder Ramiro Valente each have 4 goals and striker Benjamin Runser- who I remarked was "built like a tank" when I saw him play at the Strassen-Differdange game in February- also scored his fourth goal of the season this past weekend.