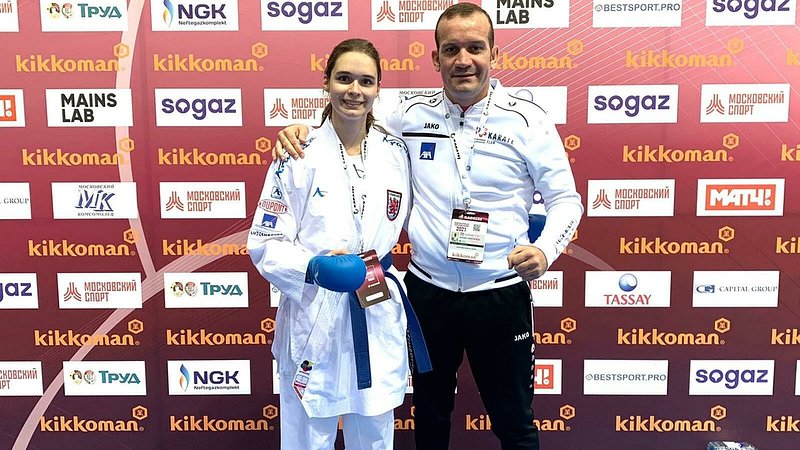 23 athletes from 14 nations competed in the under 55kg category.

Warling first faced off against Hana Kuklova from Slovakia. The Luxembourgish karate ace decided the match in her favour with 2:0, and followed up with an even stronger performance against Italian fighter Veronica Brunori, winning this match 3:0.

In the semi-finals, Warling then fought against Anna Chernysheva from Russia. Unfortunately, the athlete from Karate Club Walfer suffered a 5:1 defeat in this encounter.

Nevertheless, Warling's strong performance allowed her to have another shot at a medal on Sunday. The final fight against renowned Brazilian fighter Valeria Kumizaki ended in a stunning 7:2 victory for Warling, which means the Luxembourgish fighter still ended up on the podium in Moscow.