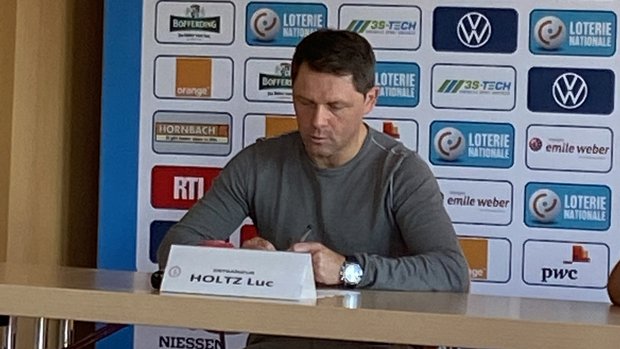 The head coach selected 25 players for the world cup qualifiers.

The Red Lions will first play against Serbia next Saturday. Holtz decided to add one new name to the team selection, namely Michael Omosanya from CS Fola Esch.

At the same time, there are three notable absentees: Vincent Thill and Marvin Martins are injured, while Lars Gerson lacks playing time at the moment. Florian Bohnert has not been selected this time.

The first encounter with Serbia ended in a 1:4 defeat for the Red Lions. Holtz now hopes to get one back in the new Stade de Luxembourg. Unfortunately, both Christopher Martins and Gerson Rodrigues are forced to sit the game out due to suspensions.

Holtz commented: "I'm mostly worried because our two most intense attackers are suspended. For the past weeks, I've constantly thought about ways in which we can overcome the opposition's defence."

Three days after the game against Serbia, the Red Lions will travel to Portugal for the second world cup qualifier. 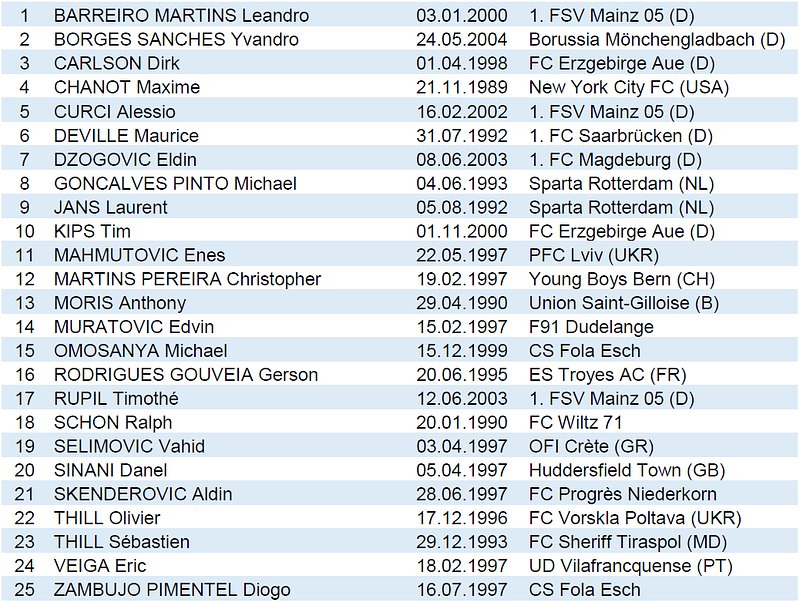