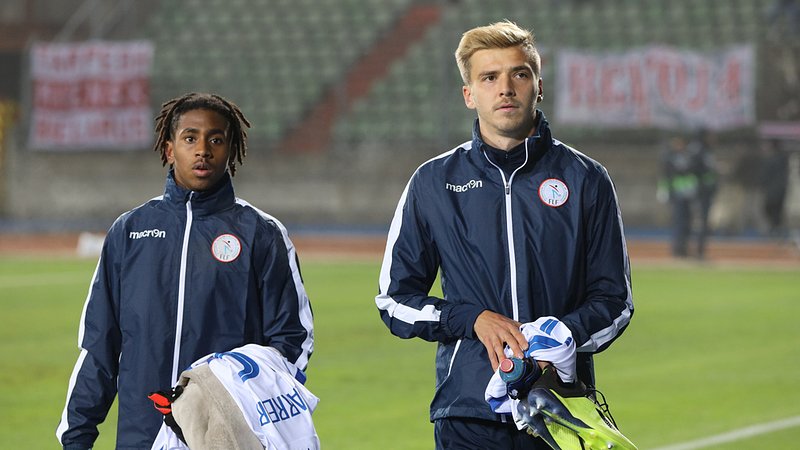 Leandro Barreiro secured critical points with Mainz 05 in the German Bundesliga and Gerson Rodrigues advanced to the cup final with Dynamo Kyiv.

Following the victory, Mainz is now five points above the relegation zone.

In the third German division, Saarbrücken won a notable 5:0 victory against Mannheim. Although Maurice Deville started the 33rd match day on the bench, he still managed to make an impression after coming on in the 64th minute. Over the span of twenty minutes, the Luxembourgish attacker provided one assist for team mate Timm Golleys, before going on to score two goals of his own (71' and 85').

Saarbrücken is now fifth in the table and seven points short of promotion.

Gerson Rodrigues and Dynamo Kyiv are still aiming at wining the season double. On Wednesday, the Ukrainian team entered the national cup final after winning the semi-final against FC Ahrobiznes Volochysk with 3:0. Rodrigues was in the starting eleven and provided the assist for the opening goal of the game. He was substituted after 66 minutes. The Ukrainian cup final will take place on 12 May. Rodrigues and his team will either face Oleksandriya or Zorya Luhansk, depending on the outcome of the second semi-final.

If Kyiv wins the league encounter against Inhulets Petrove on Sunday, they will be crowned champions.

Enes Mahmutovic also played a game in the Ukrainian league on Wednesday. His side PFK Lviv won 1:0 against FC Minaj and is now tenth in the league. The Luxembourgish footballer played the full 90 minutes and received a yellow booking in the 69th minute.

Lviv is currently five points above the 14th and last team in the league.

Sébastien Thill and Sheriff Tiraspol entered the semi-finals of the cup after a comfortable 4:1 victory against Milsami. The Luxembourgish footballer came on as a sub in the 56th minute.

Tiraspol will play the semi-final against Petrocub on 4 May.