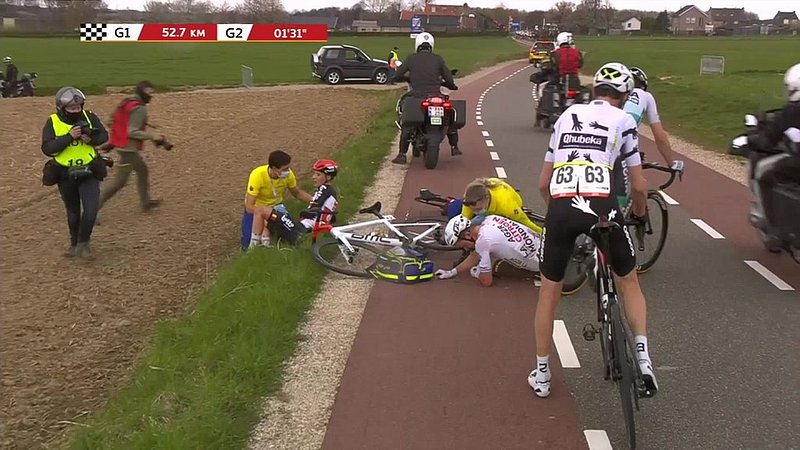 AG2R Citroën made the announcement on Monday afternoon.

Following his crash during the Amstel Gold Race on Sunday, Bob Jungels and AG2R Citroën's medical team decided that the Luxembourgish rider will not participate in both spring classics. Jungels will be replaced by Lawrence Naesen.

"Of course I am disappointed, especially since I was in much better shape during the Amstel Gold Race than I was in previous weeks. And I would have love to ride in both races. However, the Monday training session has shown that I still suffer from the implications of the fall", Jungels stated.

The crash happened 55 kilometres before the finish line, after which Jungels was forced to forfeit the race.