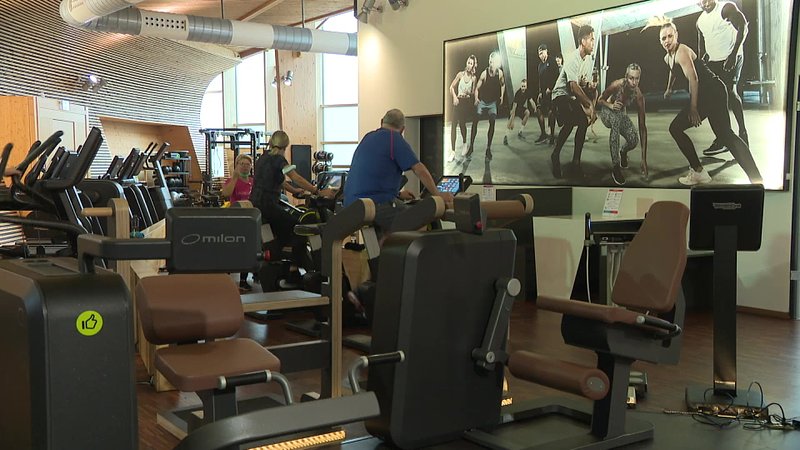 Fitness centres are among those businesses that will have to close down once again, following the government's decision to return to a partial lockdown.

For the second time this year, fitness centres will be forced to close their doors as of Thursday. Their customers are anxious about their safety, while owners and managers are worried that their very existence may be at stake.

Sophie Vesse, who manages a fitness centre, stated that they had lost 35% of their customers, and practically every day, more people were cancelling their subscriptions.

According to Charel Trierweiler, customers wanted to practice sport, but they were worried that they might get infected. His fitness centre has already switched to online classes, while also respecting all sanitary measures in the centre itself. Nevertheless, many customers still chose to stay at home.

A major setback, according to Trierweiler, who pointed out that his fitness centre had developed its customer base over the past years. The past six months, however, had lost them at least two years of progress.

While the state offers certain supports, they often do not apply to younger businesses. The fitness centres also have to cover their fixed costs themselves, and due to disinfectants and other hygiene products, they have increased significantly. Vesse stated that her fitness centre had expenses of up to €2,000 per month.

While she wants to continue her business, she is unsure whether she will be able to stay afloat.

Trierweiler regrets that there is seemingly no solution that would allow them to stay open. Many of his customers keep their masks on, even during their training sessions, and he suggested closing down changing rooms entirely to further prevent infections.

He thinks that fitness centres should found a federation, to better represent their worries and interests.

While most fitness centres could potentially manage to cope with this second lockdown, Trierweiler warned that a third lockdown between January and March, when subscriptions usually shoot through the roof due to people's new year resolutions, could be fatal for the industry.

The report (in Luxembourgish):