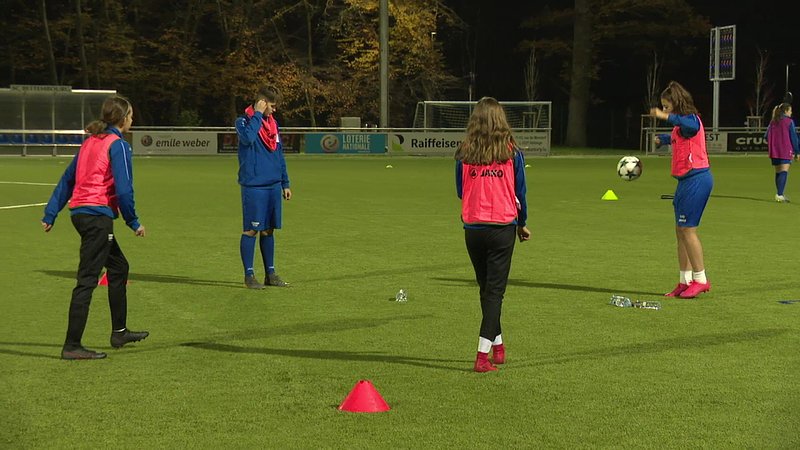 The football club is channeling its efforts to still offer valuable practice sessions for its youth teams during these difficult times.

At the moment, children and teenagers are not allowed to train together in groups larger than 4. Our colleagues from RTL visited the Bettembourg football club to get a glimpse of how this measure can successfully be turned into practice.

Henri Breuskin, secretary general at SC Bettembourg, helped develop the new training schedule, which was established to regulate the flow of around 350 youth players now practicing on the pitch at different times. Breuskin elaborated: "It took many hours and a lot of coordination, as we had to consider several aspects in our planning, like changing rooms initially not being allowed to open for instance."

The club received financial support from the local municipality to maintain activities, which has been widely appreciated by both club management and players. A total of 27 coaches and 2 different pitches make it possible to organise 6 groups at the same time.

Although smaller groups allow for more athletic training sessions, players still miss practicing and competing against the entirety of the team, coaches conveyed. Nevertheless, the players are happy that they can still train on a regular basis despite the ongoing pandemic, although a renewed lockdown will put that in jeopardy again.