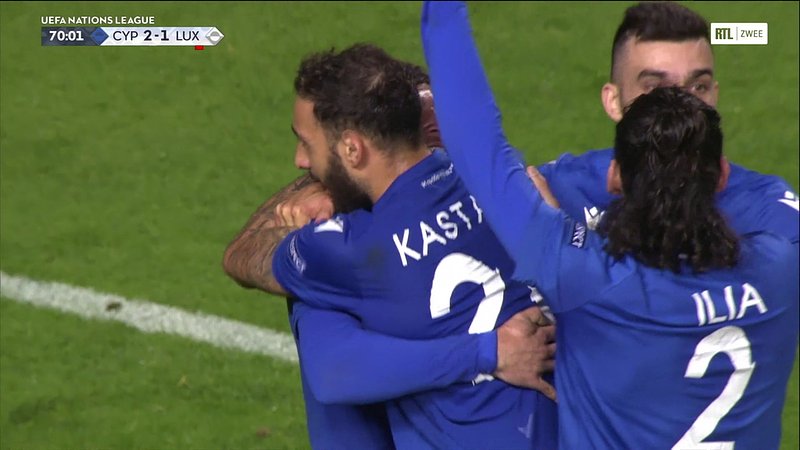 Despite dominating the first half of the match, a red card for Selimovic made matters difficult for the Red Lions.

The Red Lions took to the pitch in Nicosia, Cyprus on Saturday for the fifth match day of the Nations League programme. Luc Holtz's team were in a good position to return home victorious, especially after winning three out of the four past matches.

Did you know we had live ticker coverage and analysis of the match?

After a solid start and first goal for Luxembourg after five minutes, Cyprus equalised from the penalty spot with Selimovic being awarded the red card (our commentator believed it should not have been a red card). The card-happy referee in general awarded a total of four yellow cards to Cyprus in the first half hour alone.

Cyprus took the lead with a second goal in the 70th minute, with Luxembourg struggling to create opportunities up until the end of the match. Cyprus won 2:1 against Luxembourg on home turf.