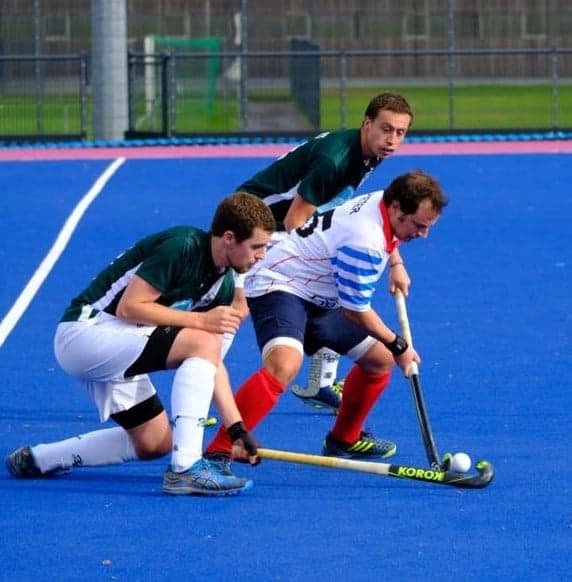 Two hundred kilometres away, Luxembourg men's and women's teams inflicted the same result on their opponents of the day: a crushing victory, without conceding a single goal!

Our men travelled to the suburbs of Brussels to cross swords with the Lynx club. Determined, they played with ultra-offensive tactics by putting a high press on their opponent of the day. The strategy quickly paid off, as by half-time the blue and white team were already leading by three goals. Gratien Kangulumba opened the scoring with a sharp backhand in the 5th minute, followed by the inevitable Milan Dans who found the opponent's net twice, first with a subtle tap-in, then by dribbling the goalkeeper before pushing the ball into the empty goal. The hardest part was done after thirty-five minutes of play.

The second act was to be a formality for Luxembourg. But it was not! In difficult playing conditions and against a tough and aggressive team, the events took an incredible turn. Within five minutes, the Luxembourgers were (undeservedly) given two yellow cards and even a red card for permanent expulsion! At 8 against 11, the visitors had to rely on their excellent goalkeeper Matthew Nunes who masterfully saved a penatly stroke to maintain the comfortable lead of his team!

After this period of hesitation, the Hockey Club du Luxembourg regained control of the game and scored twice more, with the same two players as in the first period! Kangulumba found the ceiling of the goal with a powerful sleep before Dans imitated him with a deflection on PC. (0-5)

Thanks to this victory, the HCL is back in a good position in the rankings, and it can consolidate its position with a trip in a few days time to the Neo Club, currently last in the championship. 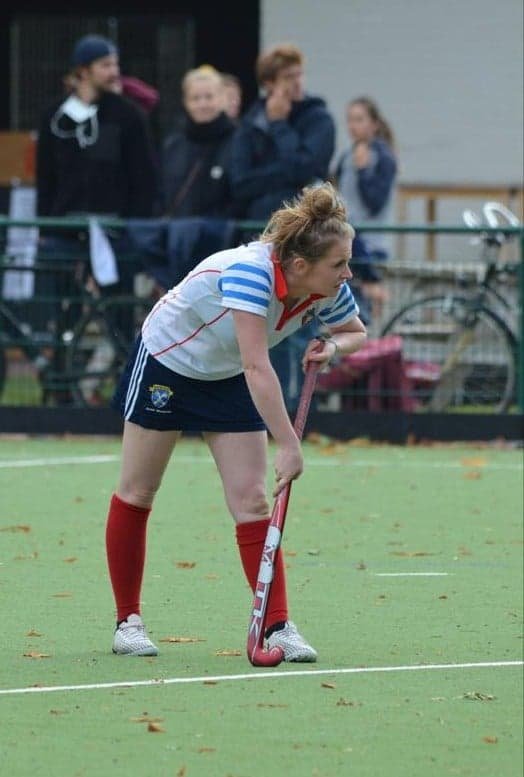 In the meantime, our ladies continued their faultless pursuit of their championship. Impressive since the beginning of the season, the Luxemburgish players once again offered a marvellous and clearly superior level of hockey to their opponents of the day, namely Louvain-La-Neuve.

The perfect mix of experience and youth was still working perfectly on Sunday on the Konen field. While the strikers were having a great time in the Leuven circle, the local goalkeeper didn't touch a single ball in the first half! The opposite of Fenne Brekelmans (deflection on PC), Aoife Sheehan (rebound from PC), Diane Krüger (powerful backhand in the side net) and Maude De Cooman (combination with Elisa Eischen) who all four comfortably protected their team from an unpleasant surprise.

After the break, the Luxemburgish players managed their lead perfectly by completely dominating the visitors, even allowing themselves to take their goalkeeper out to play with eleven players on the field! In the 42nd minute, Aoife (again) dribbled through the defence before lobbing the goalkeeper with a precise shot: Superb! At the end of the match, Romane Wilmotte made her weekly contribution by inflicting a nice "double" on Louvain-la-Neuve. She scored with a penalty stroke first, before adding another with a flat shot after a perfectly controlled free kick.

Our ladies are showing impressive results week after week, proving that they deserve to move up to the next division next year!