Despite Luxembourg dominating the game, Liechtenstein took their chances well and nabbed the win in this international friendly.

In preparation of the two Nations League games against Cyprus at home (10 October) and Montenegro away (13 October), Luxembourg played out a friendly game against Liechtenstein at the Stade Josy Barthel on Wednesday night.

Things didn't go too well for the national team as they went down 1:2 at full time. Despite being ranked 83 places above Liechtenstein in the FIFA ranking, The Red Lions did not reach their full potential with most of the action coming from the subs bench as Luc Holtz went through eight substitutions.

Liechtenstein went ahead, courtesy of a strike from Fabio Wolfinger after 23 minutes and were leading 1:0 at half time, despite Luxembourg having much more possession of the ball.

This pattern continued after the changeover, but Liechtenstein bagged another against the run of player at  61 minute mark, Nicolas Hasler netting a penalty kick.

After substituting six players and bringing in some creative elements such as Gerson Rodrigues and Danel Sinani, the Luxembourger's game improved somewhat and they became much more dangerous and begun creating chances.

Grabbing a goal to make it 1:2 in the 72nd minute, a penalty from Dynamo Kiev player Gerson Rodrigues it looked like the comeback was on. Dspite a few more chances to score, they did not manage to get the equalising goal.

The team will play against Cyprus at 3pm on Saturday in the Nations League. 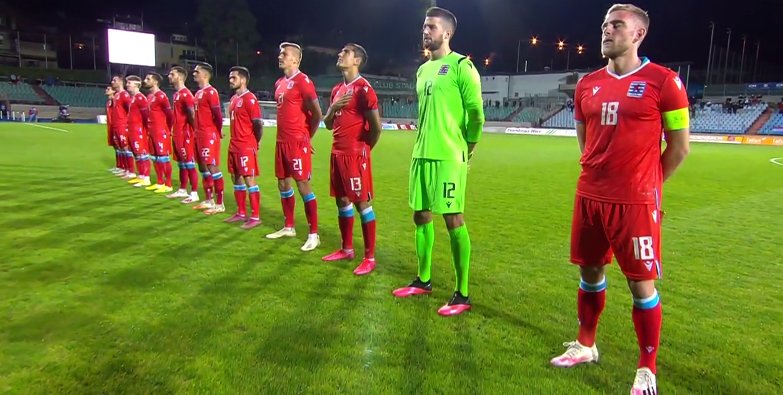