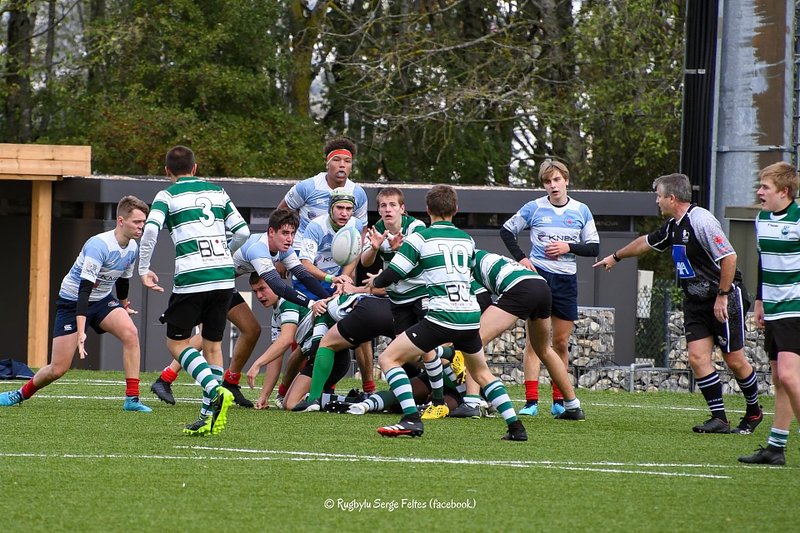 RCL U18s opened their season at home after the long break against visiting Belgian side Gent RC.

RCL got off to a flying start putting 3 points on the board in the opening minutes through the boot of fly half James Edwards after Gent conceded a penalty just outside their own 22m. Then followed a good period of strong attacking pressure from RCL which brought tries for scrum half Fintan Lawlor, captain Sam O’Neill, and a fine line break by number 8 Ilan Furlani touching down under the posts, with James Edwards successfully kicking 2 out of 3 conversation attempts, RCL were 22 up.

Gent RC finally got into their stride, putting RCL under pressure, moving the ball quickly to their powerful runners. This dominant period of play rewarded Gent with a line break leading to a try and conversion for their first points of the game.

Continued attacking pressure by Gent brought a yellow card for the RCL scrum half minutes before the half time whistle. The score stood RCL 22 Gent 7.

The second half started the way the first half ended with Gent finding themselves the stronger team forcing a man down RCL to defend robustly in their own half.

A well worked try by the Gent forwards brought the score to 22 12, with cracks in the RCL defence starting to appear Gent looked on for another score until a turnover ball allowed RCL to breakaway for Fintan Lawlor to finish the move with a try, converted by James Edwards.

At 29-12 the game was far from over with Gent continuing to pressure a tiring RCL defence, with the penalty count rising against RCL and both benches now used, the impressive Gent inside centre crashed over for a further score.

With only a few minutes left RCL held onto their lead for a deserved 29-17 win.

Both teams played in the good spirit of rugby, with the Gent players running to applaud all the supporters in the stand, and then both teams coming together for a group photograph.