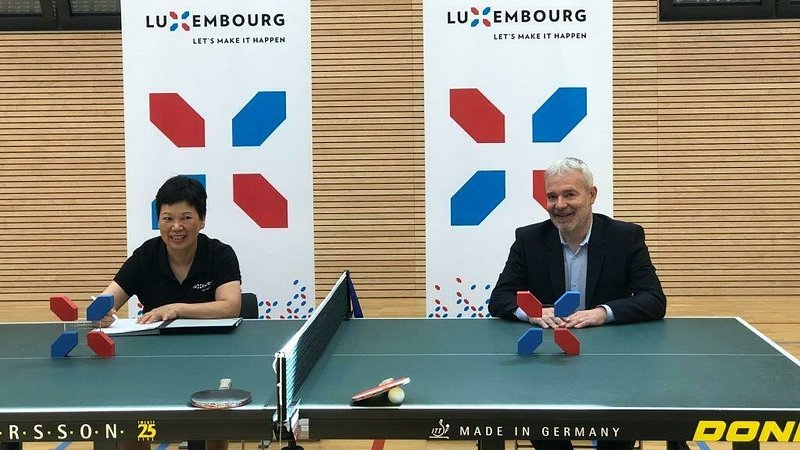 At age 57, the former number 6 in the world still has a passion for the sport and wants to give back to Luxembourg.

Since January, the ministry of sports has begun establishing direct contracts with the country's greatest athletes. So far, ten people from thirteen different federations have been given the opportunity to sign, the latest being international table tennis star Ni Xia Lian.

In 1983, Ni Xia Lian won two gold medals at the Olympics with the Chinese national team. Ten years later, she made her way to the Grand Duchy after a short spell in Germany. In Luxembourg, not only did she meet her future husband Tommy Danielsson, but she also began the second phase of her athletic career. Even at age 57, she remains in the world's top 50.

In 2019, Ni Xia Lian qualified for the Olympic Games in Tokyo after winning a bronze medal at the European Championships in Minsk. It will be her fifth participation overall, where she can become the oldest ever participant in the summer games. Naturally, these circumstances have given rise to numerous documentaries, articles, and interviews.

Ni Xia Lian has become a great representative for Luxembourg, a role that the athlete will fill once more in Tokyo.