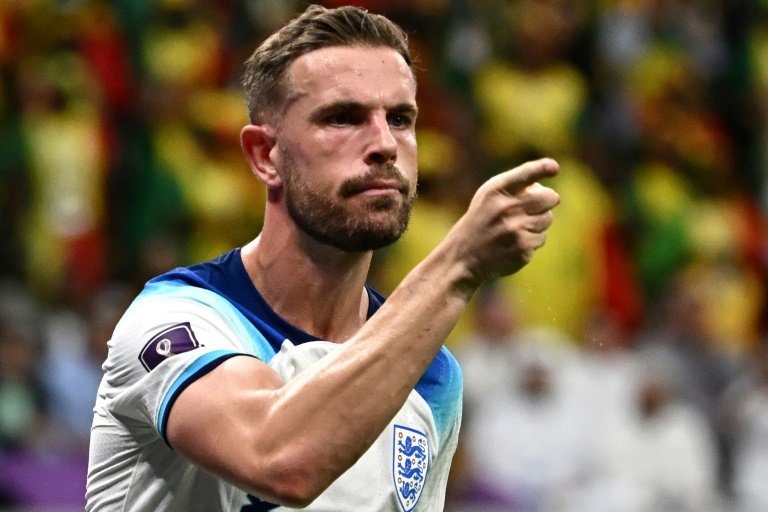 After starting the World Cup in the shadows, Jordan Henderson has emerged as England's unsung hero ahead of their heavyweight quarter-final clash with France on Saturday.

While England captain Harry Kane and teenage sensation Jude Bellingham are expected to deliver the headline moments against France, Henderson will provide the foundation for his more high-profile team-mates to flourish at the Al Bayt Stadium.

Henderson has been a divisive figure among England fans, who have often preferred to see more glamourous options in the midfield engine room.

But critics of the Liverpool captain's international form have been forced to eat their words over the last two weeks.

Although Henderson was among the substitutes for England's opening two games in Qatar, Three Lions boss Gareth Southgate has turned to the midfielder in a move that continues to pay dividends.

With Declan Rice and Jude Bellingham struggling to impose themselves against the United States in the second Group B match, Southgate felt Henderson's vocal presence and wealth of experience would steady the ship.

The 32-year-old was sent on in the 69th minute and immediately made his presence felt, cajoling his team-mates to press higher and harder.

Although the United States match ended in a goalless stalemate, Henderson's leadership and work-rate had made enough of an impact to earn a place in the starting line-up for the final group match against Wales.

Henderson's role alongside Rice as twin pivots in front of the England defence gave Bellingham the freedom to express himself as Southgate's men cantered to a 3-0 victory over Wales.

"When we were playing against the USA we were having some tactical problems that he helped to solve. He has had an outstanding influence on the group," Southgate said.

It was a similar story in Sunday's 3-0 win against Senegal in last 16 as Bellingham took the spotlight with a masterful performance made possible by Henderson's selfless contribution.

Fittingly, Bellingham returned the favour by providing the assist for Henderson to put England ahead.

The 19-year-old also made a stirring plea for any remaining doubters to give Henderson some long overdue credit.

"A brilliant performance from Jordan. I see some of the rubbish that was said about him playing. It's ridiculous," Bellingham said.

"He's so under-rated technically and he delivered again in a big game with a massive goal so I think it is about time he got some respect."

Southgate made sure to salute Henderson's assured role in helping England see off Senegal after a nervous start.

"Jude and Hendo, when we were out of possession, they really got us back into the game. Hendo's influence is allowing Jude more freedom positionally and he responded to that remarkably well," Southgate said.

Henderson's next test will be his toughest yet against France.

The world champions have a formidable midfield comprised of Aurelien Tchouameni and Adrien Rabiot, with Antoine Griezmann playing just in front of them.

Stopping the supply line to red-hot France forward Kylian Mbappe is essential if England are to reach the semi-finals and Henderson will shoulder much of that responsibility.

Southgate has no doubt he can rise to the challenge after watching Henderson develop into a Premier League and Champions League winner under Liverpool boss Jurgen Klopp.

"With Jordan, this is probably the best version of him we have seen with us," Southgate said.

"He's not renowned for his goals so it's brilliant he scored. He's a forward-thinking midfielder.

"Sometimes we aren't the quickest to get the ball forward and he's had influence in passing forwards."