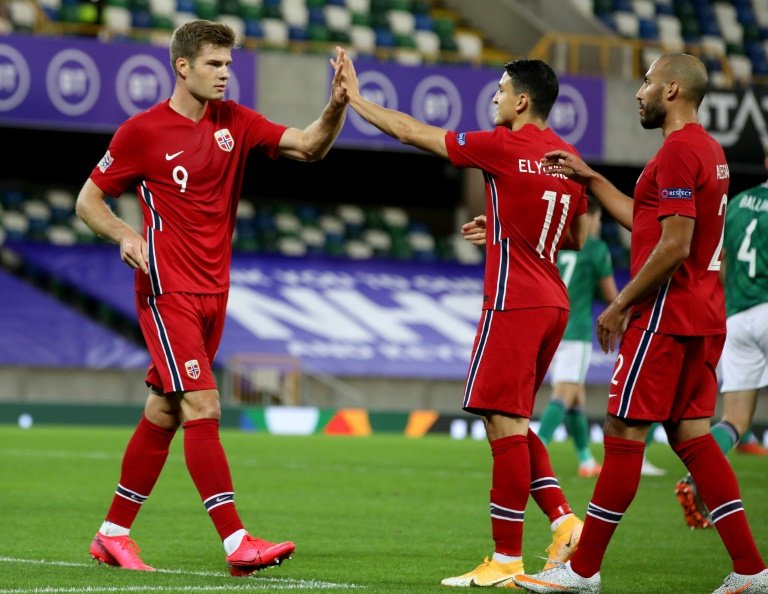 Alexander Sorloth has joined his Norway team-mate Erling Braut Haaland in the Bundesliga after signing for RB Leipzig on Tuesday to replace Germany striker Timo Werner.

The German club has reportedly paid Crystal Palace 20 million euros ($23 million) for the 24-year-old, who scored 33 goals and set up 11 more in 49 competitive games last season on loan at Trabzonspor.

Leipzig have been looking for a new striker since selling Werner to Chelsea.

"After initial talks, it quickly became clear to me that I wanted to play for RB Leipzig," said Sorloth, who was impressed by the German club's run to the Champions League semi-final and has signed a five-year deal.

"The offensive football they play under (head coach) Julian Nagelsmann ideally suits my style of play and I'm looking forward to the challenge in the Bundesliga."

However, Fjortoft drew the line at saying Sorloth could have the same impact as 19-year-old Haaland, who has scored 18 goals in his first 20 games for Dortmund.

"Sorloth isn't quite the same force of nature as Erling."