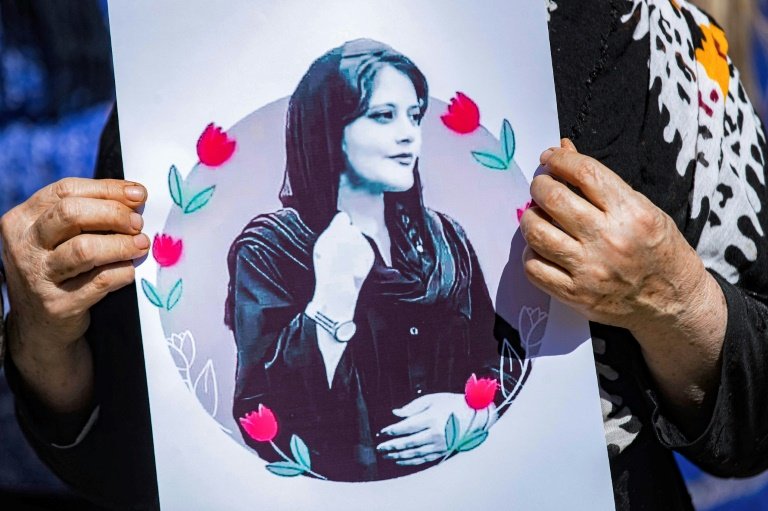 A woman holds up a picture of Mahsa Amini, the young Iranian woman who died while in Iranian police custody, at a solidarity demonstration in Syria's northeastern city of Hasakeh / © AFP

Iranians staged a 12th straight night of women-led protests on Tuesday over the death of Mahsa Amini, despite fears an internet blackout will see security forces intensify a bloody crackdown.

Dozens have been killed since demonstrations flared after the 22-year-old Kurdish woman died in the custody of Iran's notorious morality police, after her arrest for allegedly breaching the country's strict rules on hijab headscarves and modest clothing.

A woman is shown with her headscarf removed and waving her arms in the air in Tehran's Narmak district, in a video shared by Manoto television, which also reported a protest in the southern port city of Chabahar.

Even those who stayed at home chipped in with chants of "Death to the dictator!" and "Death to the Islamic republic!" from the rooftops or windows of apartments in Tehran's Shahrak-e Gharb district, said the Oslo-based group Iran Human Rights (IHR). 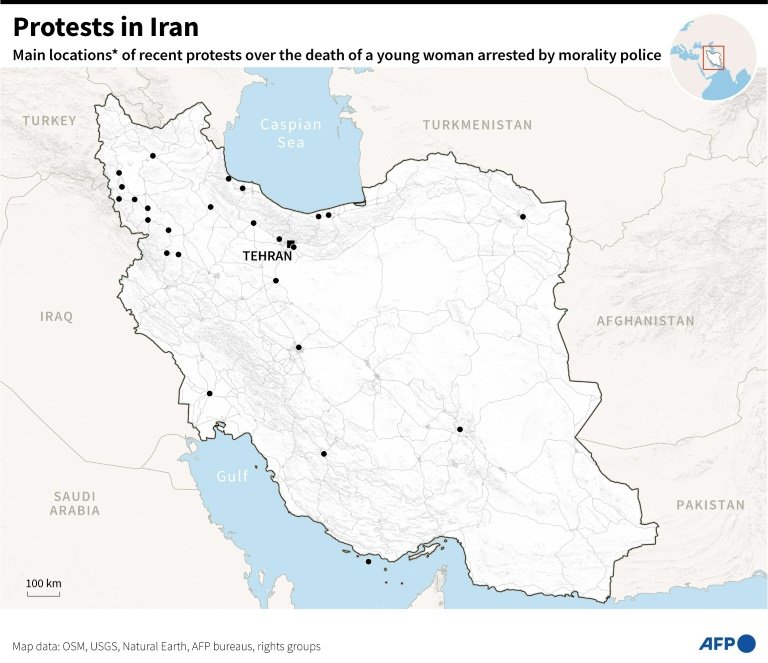 "Iran remains under internet/mobile blackouts but some videos are still getting out," said the New York-based Center for Human Rights in Iran.

The semi-official Fars news agency said "around 60" people had been killed since Amini's death on September 16, up from the official toll of 41 authorities reported Saturday.

But IHR said the crackdown had killed at least 76 people.

Officials said Monday they had made more than 1,200 arrests, including of activists, lawyers and journalists.

On Tuesday, authorities on arrested the daughter of ex-president Akbar Hashemi Rafsanjani for inciting protests, the Tasnim news agency reported.

"Faezeh Hashemi has been arrested in the east of Tehran by a security agency for inciting rioters to street protests," Tasnim reported, without elaborating.

The crackdown has drawn condemnation from around the world.

US think tank Freedom House called on "other governments to stand with these courageous protesters and hold Iranian officials to account for their abuses". 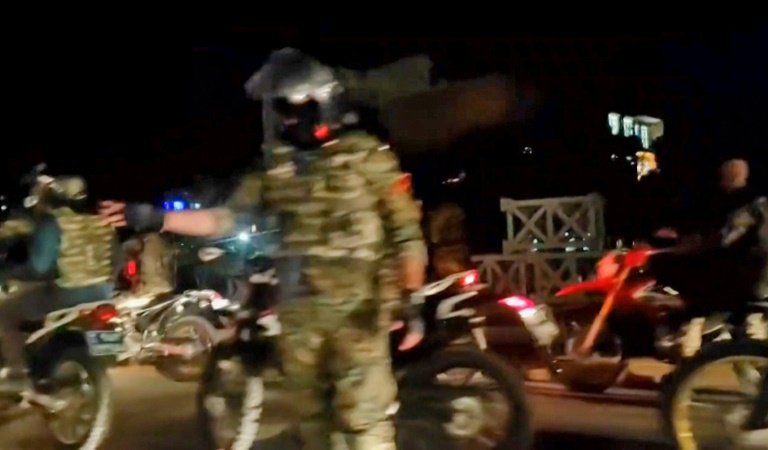 Iranian security forces in the city of Arak, Markazi province, seen in an image from video footage made available on the ESN platform on September 25, 2022 / © UGC/AFP

US Secretary of State Antony Blinken urged Iran to "end its use of violence against women for exercising what should be a fundamental freedom."

"We stand with all those who are exercising the universal right to peaceful protest," he told reporters in Washington.

Tensions with Western powers have grown this week, with Germany summoning the Iranian ambassador, Canada announcing sanctions and Tehran calling in the British and Norwegian envoys.

"We call on the international community to decisively and unitedly take practical steps to stop the killing and torture of protesters," said IHR's director Mahmood Amiry-Moghaddam.

Riot police in black body armour have beaten protesters with truncheons in running street battles, and security forces have shot women at close range with birdshot, in recent video footage published by AFP.

Mahsa Alimardani, senior Iran researcher for freedom of expression group Article 19, said the internet blackout was as bad as during deadly November 2019 protests that erupted over fuel price rises.

"Content has stopped coming out as it used to. Pockets of access we had to Iran seem to be gone. This is a really frightening prospect for even more bloodshed," she said.

The Iranian judiciary chief, Gholamhossein Mohseni Ejei, has stressed "the need for decisive action without leniency" against the protest instigators. 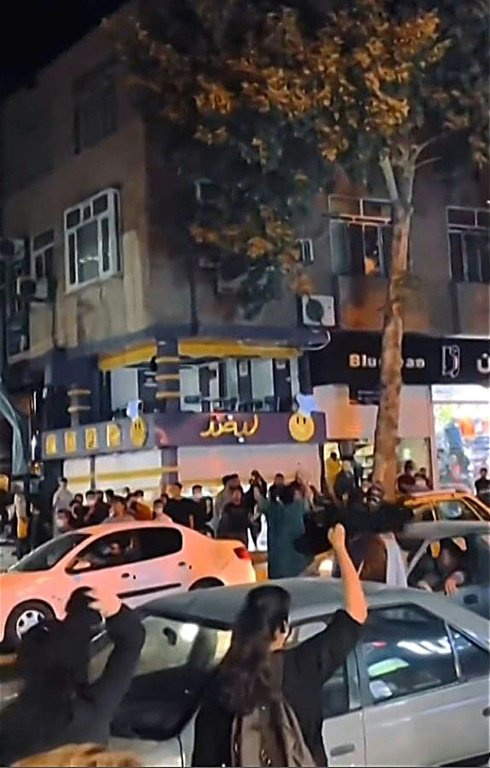 This grab taken from a UGC video of anonymous source shows Iranian women waving their headscarves above their heads in a street in Sanandaj, capital of Kurdistan, home province of Mahsa Amini / © UGC/AFP

But a powerful Shiite cleric long aligned with the country's ultra-conservative establishment has urged authorities to take a softer line.

"The leaders must listen to the demands of the people, resolve their problems and show sensitivity to their rights," said Grand Ayatollah Hossein Nouri Hamedani.

Western condemnation of the bloody crackdown has clouded diplomatic efforts to revive a nuclear deal between Iran and major powers that was abandoned by then US president Donald Trump in 2018.

The EU's foreign policy chief Josep Borrell, who has led those efforts, on Sunday slammed Iran for its "widespread and disproportionate use of force against non-violent protesters".

The United States last week imposed sanctions against the Iranian morality police, and Canadian Prime Minister Justin Trudeau said on Monday his own country would follow suit with a sanctions package "on dozens of individuals and entities".