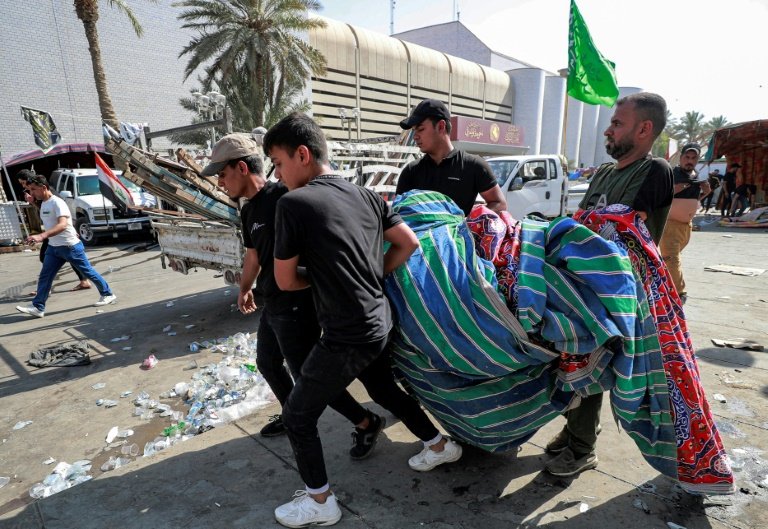 Iraqi supporters of powerful cleric Moqtada Sadr withdrew Tuesday from Baghdad's Green Zone after he demanded an end to fighting between rival Shiite forces and the army that left 30 dead and hundreds wounded.

The clashes that erupted on Monday pitted Sadr loyalists against Shiite factions backed by neighbouring Iran -- violence that prompted Iraq's president to push for early elections and the prime minister to threaten to resign.

Sadr, a grey-bearded preacher with millions of devoted followers who once led a militia against American and Iraqi government forces, gave followers "60 minutes" to withdraw after which he would threaten to "disavow" those who remained.

"I apologise to the Iraqi people, the only ones affected by the events," Sadr said in a speech from his base in the Shiite holy city of Najaf. 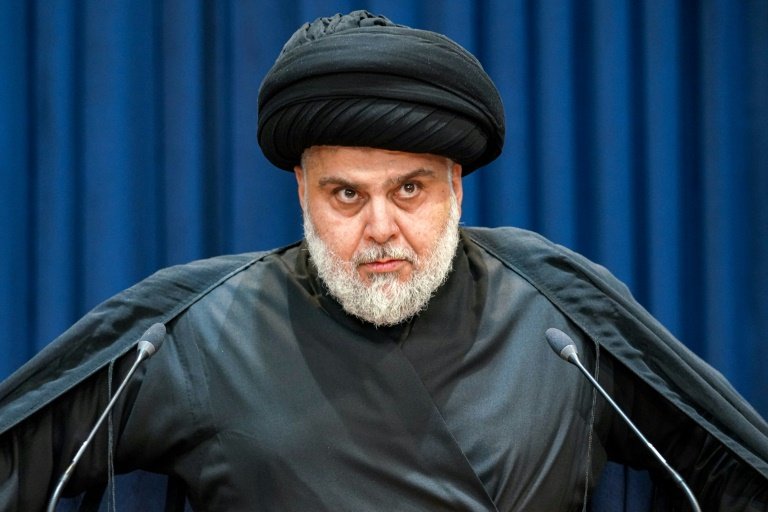 "I thank the security forces and members of Hashed al-Shaabi," he added.

In a later tweet, he called on the authorities to compensate the families of victims.

After Sadr's speech was broadcast live on television, his supporters started dismantling encampments and clearing the Green Zone, where municipal workers began cleaning up shells and bullet casings left in the wake of the unrest.

The army lifted a nationwide curfew, with concrete barriers removed from main thoroughfares and traffic slowly resumed its normal flow.

As calm returned on Tuesday, President Barham Saleh encouraged "new, early elections in accordance with a national consensus," saying they could provide "an exit from the stifling crisis".

Prime Minister Mustafa al-Kadhemi said investigations have been launched into the unrest and threatened to resign if the political paralysis continues.

"If they want to continue to stir up chaos, conflict, discord and rivalry... I will take the moral and patriotic step and vacate my post at the appropriate time," he said in a speech. 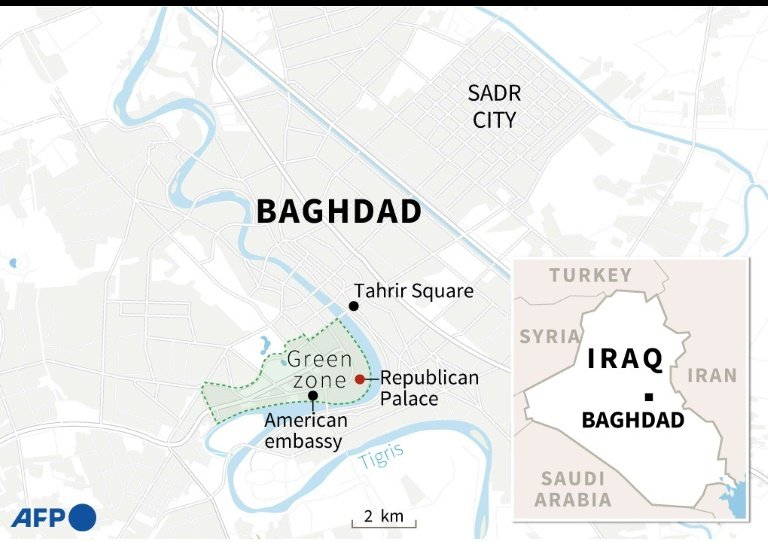 Tensions have soared in Iraq amid a political crisis that has left the country without a new government, prime minister or president for months.

They escalated sharply after Sadr's supporters on Monday afternoon stormed the government palace inside the high-security Green Zone following their leader's announcement that he was quitting politics.

Violence continued on Tuesday morning -- with the rattle of automatic gunfire and heavier explosions of rocket-propelled grenades -- as Sadr's supporters clashed with the army and men of the Hashed al-Shaabi, former Tehran-backed paramilitaries integrated into the Iraqi security forces. 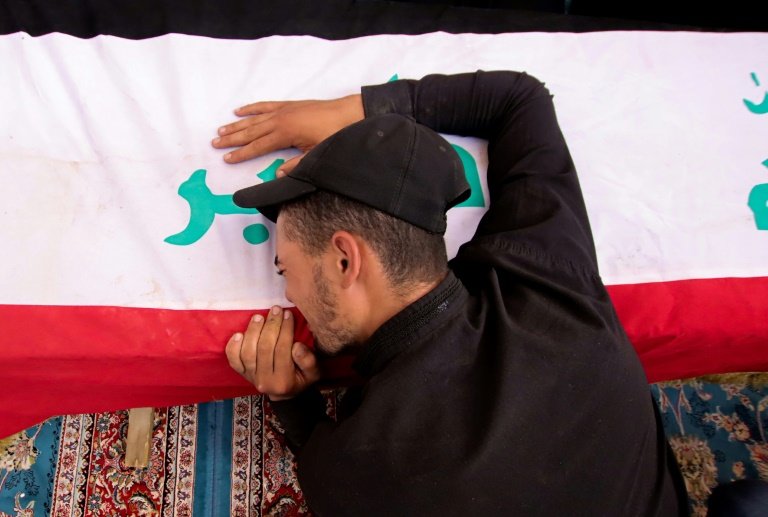 Medics said 30 Sadr supporters had been killed since Monday and 570 others wounded -- some with bullet wounds and others suffering tear gas inhalation.

A mass funeral was held Tuesday in Najaf for some of the protesters killed in Baghdad.

"I think this strategy of violence and destabilisation is part of Sadr's negotiation and bargaining tactics," said Renad Mansour of British think tank Chatham House.

Sadr -- a longtime player in the war-torn country's political scene, though he himself has never directly been in government -- announced he was quitting politics two days after he said "all parties" including his own should give up government positions in order to help resolve the political crisis. 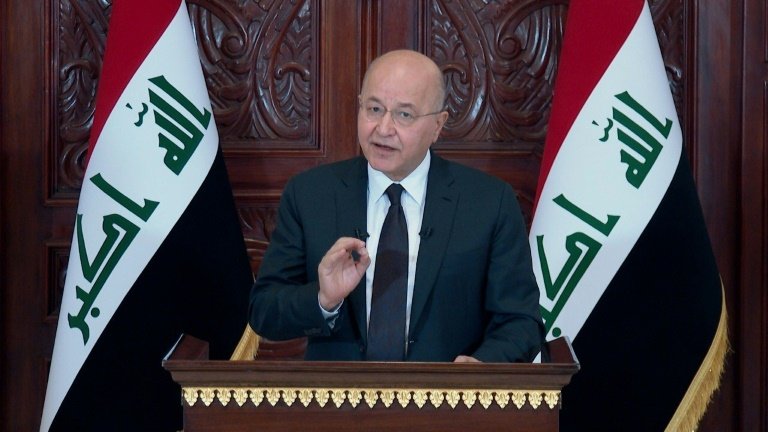 Sadr's bloc emerged from last October's election as the biggest in the legislature, with 73 seats, but short of a majority.

Since then the country has been mired in political deadlock due to disagreement between Shiite factions over forming a coalition.

In June, Sadr's lawmakers quit in a bid to break the logjam, which led to a rival bloc, the pro-Iran Coordination Framework, becoming the largest.

Sadr's supporters had for weeks been staging a sit-in outside Iraq's parliament, after storming the legislature's interior on July 30, demanding fresh elections be held.

The Coordination Framework wants a new head of government to be appointed before any new polls are held.

On Tuesday, the Framework called on "parliament and other state institutions to return to exercising their constitutional functions". 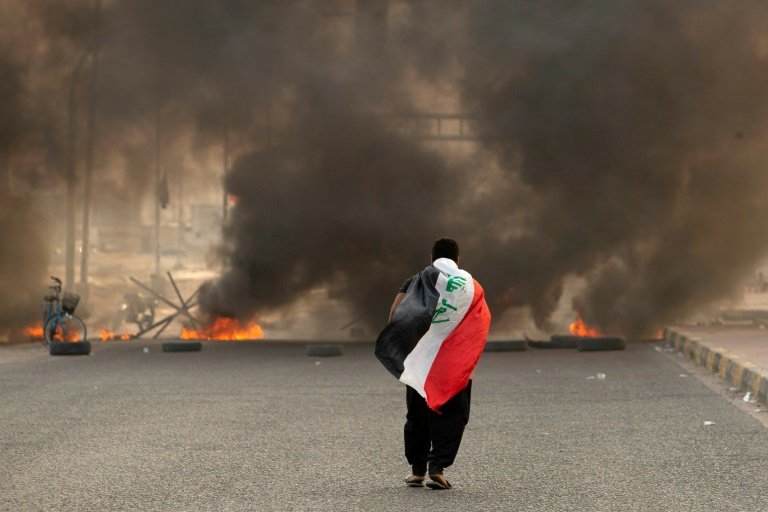 Under the constitution, parliament can only be dissolved by an absolute majority vote in the house, following a request by one-third of deputies or by the prime minister with the approval of the president.

The US ambassador in Baghdad, Alina Romanowski, posted a statement welcoming calls for protesters to "cease conflict" and urging "all citizens to allow their government institutions to continue to function".

In response to the clashes on Monday, the UN mission in Iraq had warned of "an extremely dangerous escalation" and called on all sides to "refrain from acts that could lead to an unstoppable chain of events".