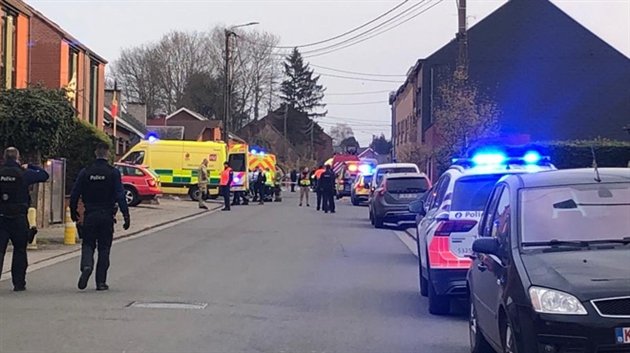 A car crashed into a crowd of early morning carnival-goers in Belgium on Sunday, killing six and injuring more than 20. Two suspects have been arrested on suspicion of murder.

"A car driving at high speed ran into the crowd that had gathered to attend (the carnival)," Jacques Gobert, mayor of the southern town of La Louvière told Belga news agency.

According to RTLInfo.be, a five-year-old child was among those who died in the incident.

The vehicle collided with a group of around 100 people who had just left the sports hall in the village of Strépy-Bracquegnies, said the mayor's office.
The tragedy took place just after 5am at the carnival of Strepy-Bracquegnies, a district of the former industrial town of La Louvièree.

"At this stage of the investigation, we know that a vehicle slammed into a group (of carnival goers) and that there are six dead and 26 injured, including 10 people whose life is in danger," prosecutor Damien Verheyen told reporters in La Louviere

The main suspects, who were arrested, were born in 1988 and 1990, he said, adding that terrorism was not at this stage considered a motive.

The suspects came from La Louviere and are not known to authorities for similar acts, Verheyen said.

Belgian Prime Minister Alexander De Croo deplored the "horrible news" on Twitter, saying "a community gathering to celebrate has been hit in the heart."

Belgium's interior minister Annelies Verlinden tweeted her "deepest condolences" to the friends and family of the victims, and added that the Belgian government was "monitoring the situation closely."

Belgian towns and villages host many street carnivals around the season of Lent, with the parades in Binche and Alost the most known internationally.

Like Binche, the carnival of Strepy-Bracquegnies involves participants dressed up as "Gilles", comical figures who are "called out" to the parade in the early hours.

"I was walking by," one witness, Theo, told RTBF news.

"I turned around and saw a car running into the troop. It came very fast and didn't brake. It continued and it took a girl 100 metres further," he said.

La Louvière mayor Jacques Gobert said there were 150 to 200 people participating in the pre-dawn prologue to two days of festivities.

The car came "at high speed" and the driver of the vehicle ploughed into the group and "pulverised a significant number of people," he said. Gobert said the scene was one of "horror", with "bodies scattered on the road... people who are in pain... There are no words, it is dramatic."

Gobert said he asked organisers that the remainder of the carnival events -- the first to take place after two years of coronavirus-related cancellations -- should not take place.

Recently, a similar tragedy took place in neighbouring Germany, when a man in February 2020 rammed his car through a carnival procession, injuring dozens of bystanders including children.

Germany and other countries at the time had been on high alert for car ramming attacks since December 2016, when an Islamic State group sympathiser ploughed a truck through a Christmas market leaving 12 dead.

German towns had seen several such attacks since, with most carried out by people who were found to have psychological issues.