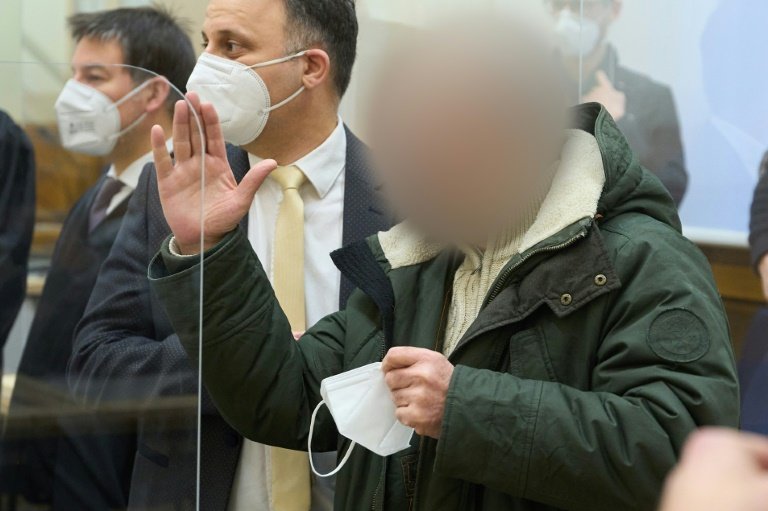 A German court on Thursday sentenced a former Syrian colonel to life in jail for crimes against humanity in a "historic" verdict hailed by victims as a victory for justice, as the first global trial over state-sponsored torture in Syria drew to an end.

He sought refuge in Germany after deserting the Syrian regime in 2012.

During the trial, more than 80 witnesses testified about what the court in Koblenz called "catastrophic conditions" in the centre, which had a reputation for being especially brutal.

They took the stand despite "a great fear of the Syrian regime, whether for themselves or for their families", said presiding judge Anne Kerber. "I owe them my full respect," she said.

President Bashar al-Assad's regime had resorted to "violence" and "the heavy use of munitions" to suppress protests that erupted in March 2011, Kerber said, also stressing that "the Syrian regime is not here in the court".

Detainees were not only "tortured but also starved and deprived of air" in unsanitary, crowded cells where they could not sit or lie down, she said.

Firas al-Shater, a victim who testified before the courts, said the life sentence was "not comparable to what they did to us, but it is a vote for democracy".

"For me personally, when I was in prison, my goal was to get out and report what happened there," he told AFP.

Another victim, Wassim Mukdad, voiced relief over the verdict. "It sends the signal that torture and crimes that took place in Syria are crimes against humanity and that the perpetrators must pay for them."

Syrian lawyer Anwar al-Bunni, who had recognised Raslan as the man who threw him in jail when he crossed paths with him at a DIY store in Germany, was overjoyed by the "victory for justice".

UN rights chief Michelle Bachelet called the verdict a "landmark leap forward", while Kenneth Roth of Human Rights Watch, which provided some of the evidence used in the trial, described it as "historic".

Syrian activists gathered outside the court on Thursday holding banners and posters with slogans such as "Where are they?" referring to their relatives who have disappeared in Syrian detention centres.

Activist Yasmen Almasha told AFP: "I think that this is what he deserves. I would've wished for my brother Okba to have had the same fair prosecution that Anwar Raslan did. Maybe he would've still been alive, we wouldn't have lost him." 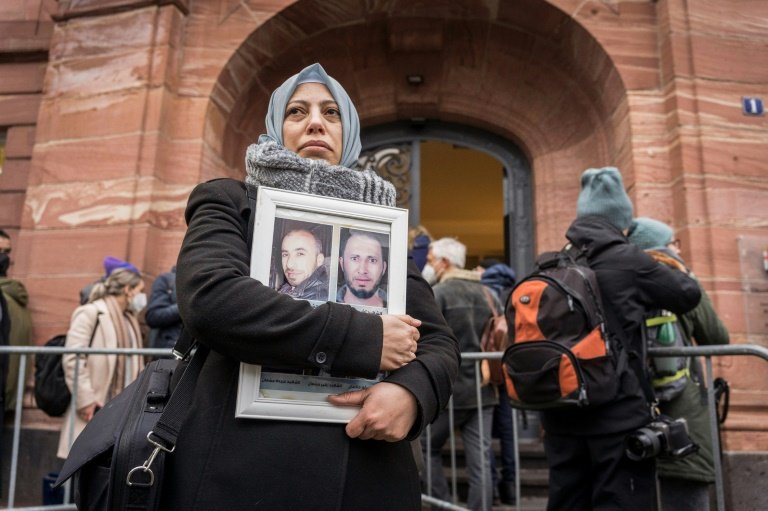 Raslan was put on trial in April 2020 along with another lower-ranking defendant, Eyad al-Gharib, who was accused of helping to arrest protesters and deliver them to the detention centre.

Gharib was sentenced to four and a half years in prison last year for complicity in crimes against humanity, in the first verdict worldwide over torture by Syrian President Bashar al-Assad's government.

The case against the two men was brought using the legal principle of universal jurisdiction, which allows offences to be prosecuted even if they were committed in a different country.

Other such cases have also sprung up in Germany, France and Sweden, as Syrians who have sought refuge in Europe turn to the only legal means currently available to them.

In another prominent case in Germany, the trial of a former Syrian doctor charged with crimes against humanity is due to open next week.

Raslan remained emotionless as his sentence was read out in court, wearing a green winter jacket and listening to the verdict through headphones.

Prosecutors say he oversaw rape and sexual abuse, "electric shocks", beatings with "fists, wires and whips" and "sleep deprivation" at the prison.

Witnesses reported flogging, electric shocks, cigarette burns and blows to the genitals. Some say they were hung by the wrists, with only the tips of their feet still touching the ground.

One man testified about mass graves that he was responsible for cataloguing.

Images of dead Syrians smuggled out of the country by "Caesar", a defector who had worked as a photographer for the Syrian military police, were also used as evidence in the trial.

Raslan has never attempted to hide his past and told police about his time in Syria in February 2015 when he sought police protection in Berlin.

According to the UK-based Syrian Observatory for Human Rights monitoring group, at least 60,000 people have been killed under torture or as a result of the terrible conditions in Assad's detention centres.