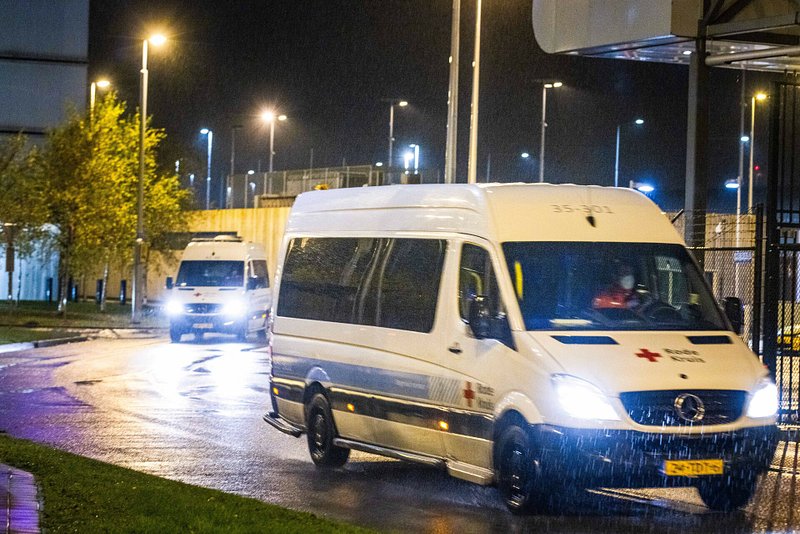 A Red Cross van transporting passengers of flights from South Africa who have tested positive for Covid-19 drives to a hotel where they will be quarantined on November 278, 2021, at Amsterdam's Schiphol airport. / © ANP/AFP

Fears mounted Saturday that a highly-infectious new coronavirus strain was pushing its way into Europe as the world brought the shutters down to contain the new Omicron variant.

Britain confirmed its first two infections and suspected new cases emerged in Germany and the  Czech Republic, while Dutch authorities quarantined 61 passengers from South Africa who tested positive for Covid-19.

Alarm grew after the World Health Organization said the new type, originally known as B.1.1.529 and subsequently renamed Omicron, was a "variant of concern" and more transmissible than the dominant Delta strain.

Australia and Thailand joined the United States, Brazil, Canada and a host of other countries around the world restricting travel from southern Africa where the strain was first discovered.

Anxious travellers thronged Johannesburg international airport, desperate to squeeze onto the last flights to countries that had imposed sudden travel bans. Many had cut back holidays and rushed back from South African safaris and vineyards.

"It's ridiculous, we will always be having new variants," British tourist David Good told AFP, passports in hand. "South Africa found it but it's probably all over the world already."

"I think we got the last two seats," said Briton Toby Reid, 24, who had been watching the sunrise on Cape Town's Table Mountain with his girlfriend when the ban was announced.

But in a sign of the how difficult it is to contain the virus, the Netherlands found that almost one in ten -- 61 out of 539 -- people who had arrived on Friday from South Africa were positive for Covid-19.

The infected people, who flew in on two KLM flights from Johannesburg, were being kept quarantined in a hotel near Amsterdam's Schiphol airport, one of Europe's biggest international air hubs.

Passengers said they had endured miserable hours at the arrivals hall to get tested, with witnesses saying many people failed to wear face masks or keep to social distancing.

"We now know that 61 of the results were positive and 531 negative," the Dutch Health Authority (GGD) said in a statement.

"The positive test results will be examined as soon as possible to determine whether this concerns the new worrisome variant, which has since been given the name Omicron variant."

All passengers who tested positive must stay in hotel quarantine for seven days if they show symptoms and for five days if they do not, the GGD said. 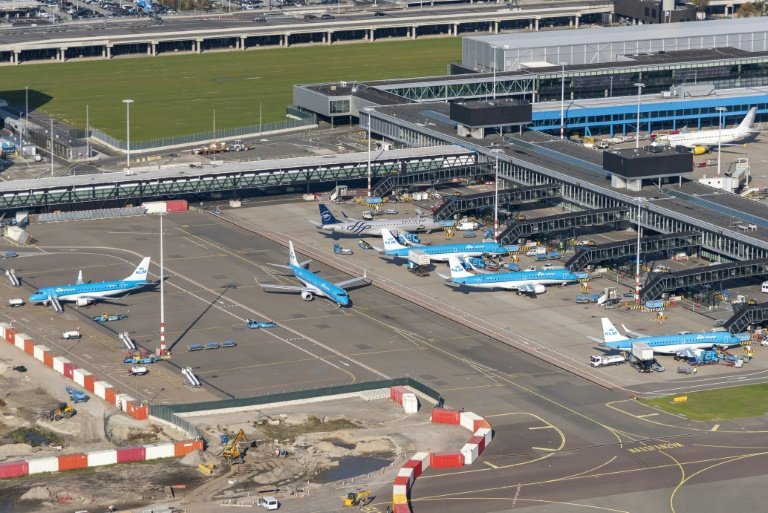 She described how passengers, including babies and toddlers, were crammed together waiting to get tested, while "still 30 percent of people are wearing no mask only over mouth."

"Dutch authorities not enforcing. We're just in this unventilated room at hour 12, breathing on each other," she said.

On Saturday morning, Nolen was finally free to continue her journey to Toronto in Canada.

"Tested negative. At least today. After all that time with maskless yellers in an unventilated space -- we shall see what the next days will bring."

The Dutch health authority said, "We understand that people are frustrated" by the situation at Schiphol overnight.

"People have just made a long trip with the idea that they will shortly be home," it said.

"Instead just after landing, they are confronted with a situation we have never before experienced in the Netherlands, namely that people have to be tested at Schiphol and are forced to wait until they get a result."

Dutch national carrier KLM said it would continue to operate flights from Johannesburg and Cape Town "in compliance with the stricter protocol".

This meant that entry was banned to all passengers except for Dutch and EU residents, who must show a negative PCR test and self-quarantine on arrival.

A German regional official said Saturday that health authorities have identified the first suspected case in the country, in a person who returned from South Africa.

"The Omicron variant has with strong likelihood already arrived in Germany," tweeted Kai Klose, social affairs minister in the western state of Hesse.

Belgium on Friday became the first on the continent to identify a case, a young woman who returned from Egypt via Turkey. Scientists are now racing to determine the threat posed by the heavily mutated strain, and whether the current coronavirus vaccines should be adjusted.

Markets and oil prices around the world plunged on Friday as news of the latest setback in the fight against the pandemic sank in.

US President Joe Biden said countries should donate more Covid-19 vaccines and give up intellectual property protections to manufacture more doses worldwide to stem the spread of the virus.