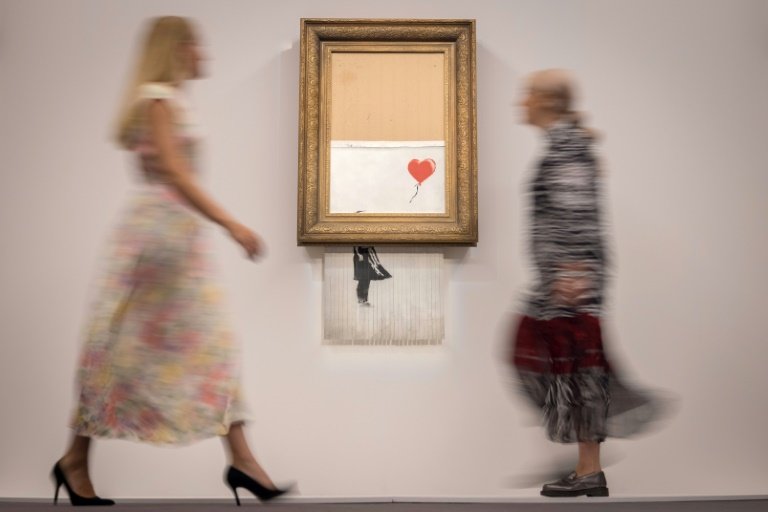 A partially shredded canvas of one of British artist Banksy's most celebrated works is expected to sell for millions when it goes under the hammer on Thursday.

The artwork -- now called "Love is in the Bin -- will be offered by London auction house Sotheby's at its contemporary arts sale. 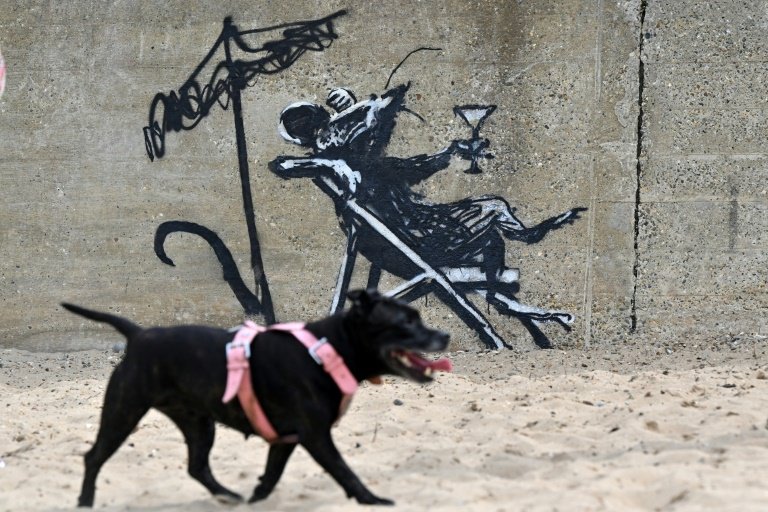 Recent works attributed to Banksy appeared on a wall at North Beach in Lowestoft on the east coast of England, in August / © AFP

The original canvas sold for nearly £1.1 million at the same location in October 2018 when it dramatically passed through a shredder hidden in its frame moments after bidding ended.

The stunt, which poked fun at the staid world of fine art, is typical of the graffiti artist's irreverent style after his work began appearing on the streets of Bristol in southwest England in the 1980s.

It was the latest in a long history of unpredictable moves for the provocative guerilla artist, whose work has appeared across Britain and around the world. 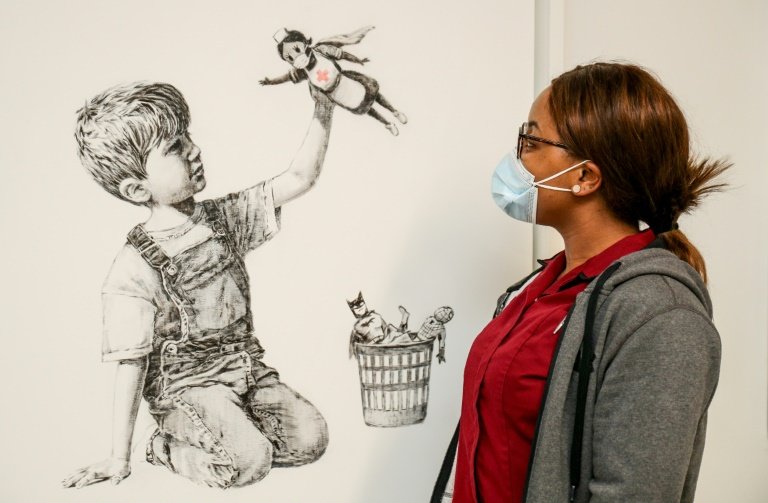 A Banksy work, 'Game Changer', was a tribute to NHS staff during the coronavirus pandemic / © AFP

The partially shredded canvas shows a small child reaching up toward a heart-shaped red balloon.

The original, which first appeared on a wall in east London, has been reproduced endlessly in prints and online, and appropriated by some of the world's best-known brands.

It had been called one of the most significant artworks of the early 21st century in the British press, before the shredded version was granted a new certificate and date by Pest Control, Banksy's authentication body, and given the new title.

Alex Branczik, Sotheby's contemporary art chairman, said Banksy's stunt at its last sale "did not so much destroy an artwork by shredding it, but instead created one".

"Today, this piece is considered heir to a venerated legacy of anti-establishment art," he added, calling it "the ultimate Banksy artwork and a true icon of recent art history". 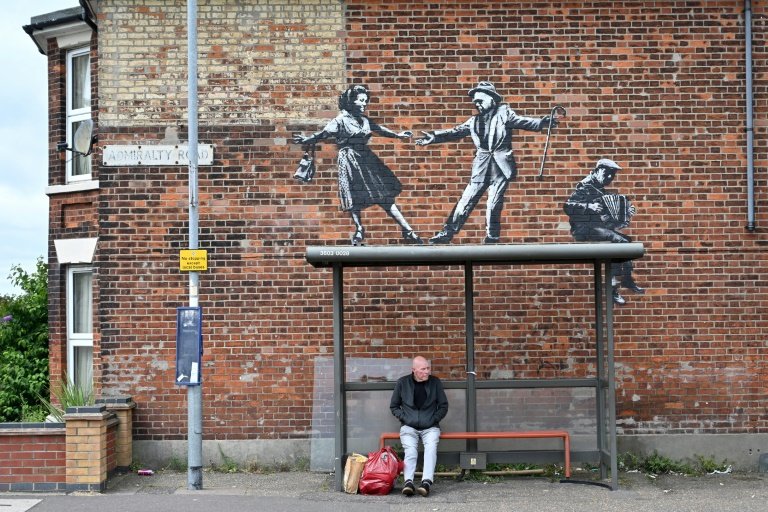 Meanwhile in March, a work honouring caregivers during the coronavirus pandemic fetched a record £14.4 million at auction, which was donated to the state-run National Health Service (NHS).