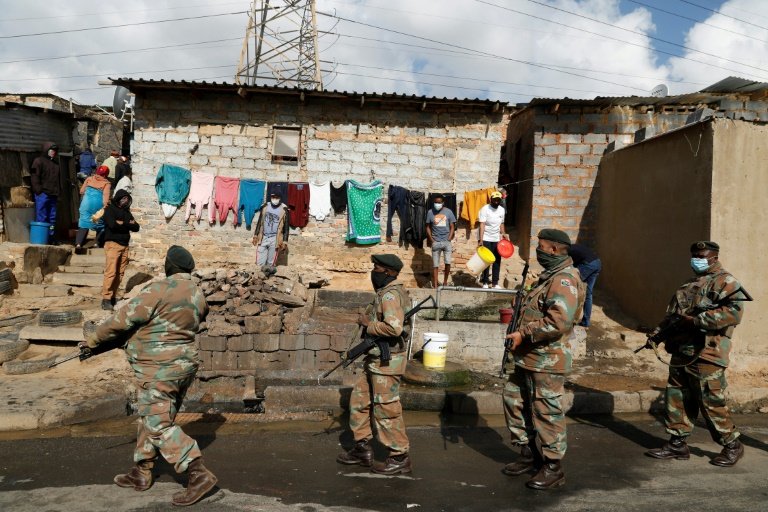 Some 25,000 soldiers have now been called up to help deal with the unrest / © AFP

The death toll in South Africa's unrest rose to 117 on Thursday, as the country called up its army reserves in a bid to quell looting that has stoked fears of shortages and dealt a crippling economic blow.

The acting minister in the presidency, Khumbudzo Ntshavheni, told reporters that Johannesburg, South Africa's economic capital, was now "relatively calm" while the southeastern province of KwaZulu-Natal (KZN) -- the epicentre of the violence -- "remains volatile."

Defence, security and police ministers and top army generals were dispatched to KZN to assess the situation and oversee the expanded deployment of security forces.

On Wednesday, the government said it would call out around 25,000 troops to tackle the emergency -- 10 times the number that it initially deployed and equivalent to about a third of the country's active military personnel.

Army chief Lieutenant-General Lawrence Mbatha ordered all reserve members to report for duty on Thursday, as the unrest entered its sixth day. 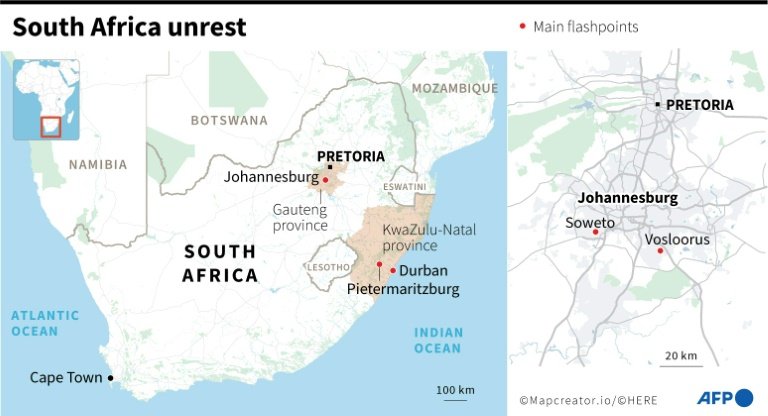 Minister Ntshavheni said "by this morning, 10,000 boots were already on the ground".

Stores and warehouses in Johannesburg and KZN have been ransacked, devastating crucial supply chains for food, fuel and medicines in Africa's most industrialised economy.

Thousands of business are estimated to have been plundered in what the minister described as "economic sabotage" masterminded by 12 suspects.

"Of the 12 alleged instigators, one is in custody and... the (police) tracking team has increased the surveillance of the remaining 11," she said.

In all 2,203 people have been arrested during the unrest for various offences including theft.

Looting continued on Thursday in KZN, but the situation was quieter in Johannesburg, where volunteers in the city's townships took part in cleanup operations. 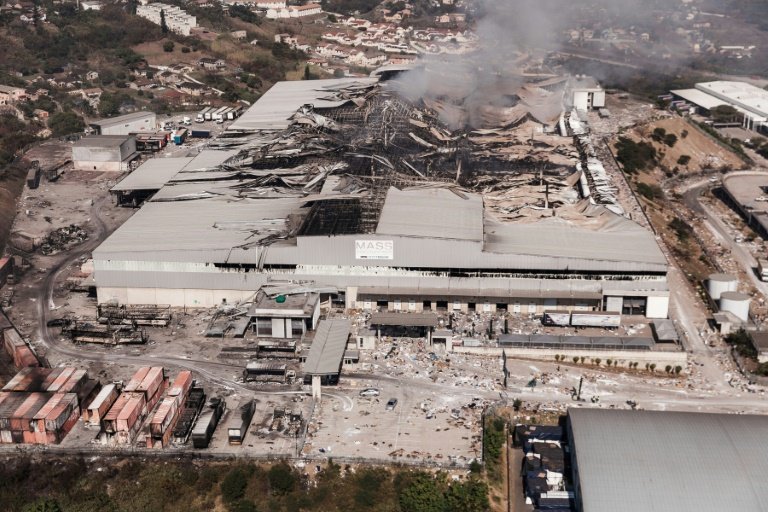 One mall in Durban was gutted by fire / © AFP

Residents lined up for their turn to buy food and other essentials at a mall in Alexandra township in northern Johannesburg that had been spared looting, as 20 soldiers patrolled the floors.

Volunteers took part in a cleanup operation at the Jabulani shopping centre in Soweto.

Community leader Musa Mbele-Radebe, 30, told AFP: "The use of the army is quite good, because our people are quite scared of the army compared to the police.

"It only took four soldiers to control a situation of a thousand (people) that was gathering in this mall."

The unrest began a day after former president Jacob Zuma -- who commands support from some of the country's poor -- began a 15-month jail term on July 8 for refusing to testify to a commission probing corruption under his tenure. 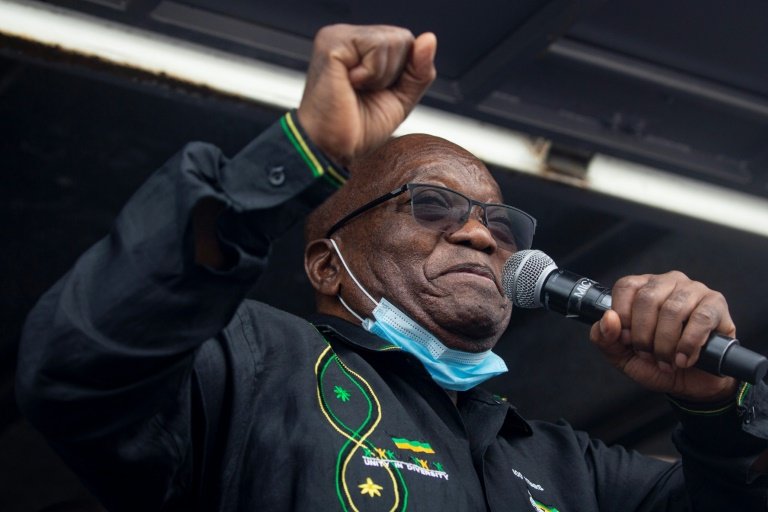 As the crisis escalated, the armed forces on Monday said they were sending 2,500 troops to help restore order.

The figure was criticised by many as paltry, given that 70,000 soldiers were deployed last year to enforce a strict coronavirus lockdown.

On Wednesday, Defence Minister Nosiviwe Mapisa-Nqakula told parliament she had requested "plus or minus" 25,000 troops.

The request came after President Cyril Ramaphosa warned that parts of the country "may soon be running short of basic provisions" following disruption to supply chains.

TV footage of the casual looting has deeply shocked many South Africans. Business confidence has been savaged at a time when the economy is already mired in unemployment, especially among young people.

Michael Sun, a safety official for the opposition Democratic Alliance, said he went on a tour of Johannesburg and saw a car dealer whose 50 vehicles were just burnt-out shells. 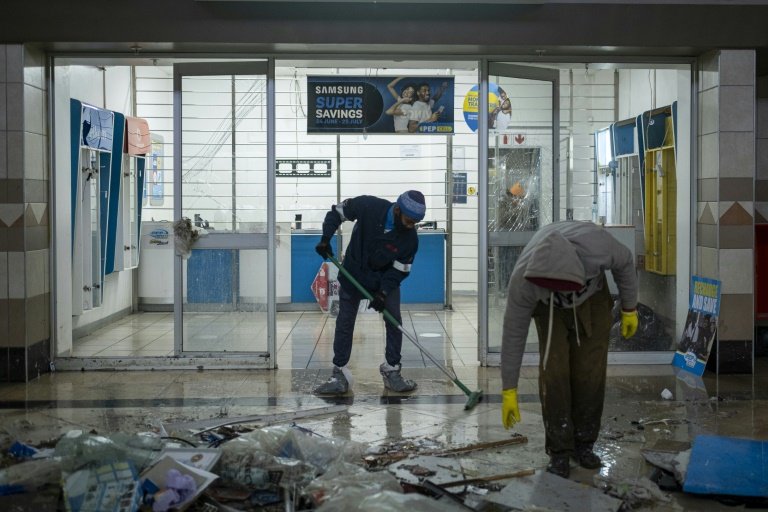 "The devastation is really bad," he said. "Lots of the people are salvaging what they can get. Lots of the smaller businesses don't have insurance -- they are struggling."

Locals have started forming vigilante groups to protect property and infrastructure in their neighbourhoods.

Intelligence firm Pangea Risk said in a note that "in the immediate outlook, the deployment of additional... soldiers to (Johannesburg and environs) will further contain outbreaks of unrest," but "the security situation in KwaZulu-Natal is unlikely to be contained in coming days".