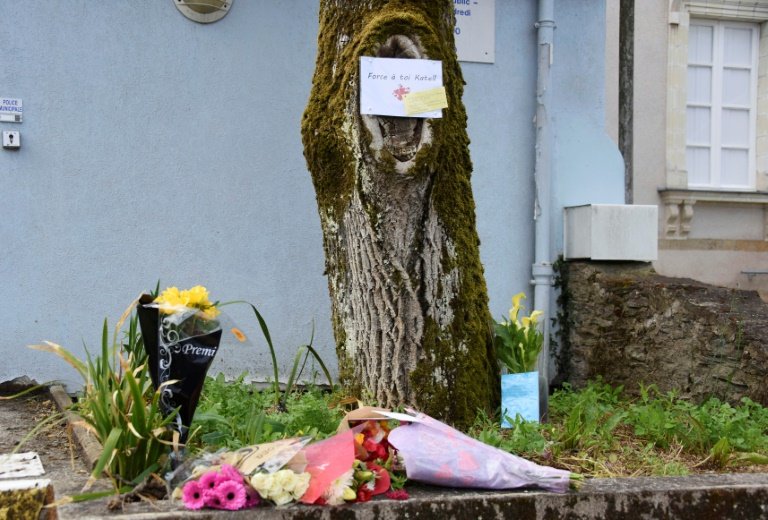 Residents of a small French town laid cards and flowers Saturday at the spot where a "very kind" and "gentle" policewoman was seriously wounded in a knife attack the day before, the latest in a spate of attacks on officers.

The attacker, 39-year-old French citizen Ndiaga Dieye who was known to police and a diagnosed schizophrenic, stabbed the woman in La Chapelle-sur-Erdre near the western city of Nantes on Friday.

He then seized her firearm and fled, holding a young woman hostage for several hours before wounding two police officers during a shootout in which he was shot dead.

According to a source close to the matter, the hostage has said that Dieye never expressed "terrorist-type" claims, and a local court is still handling the investigation rather than transferring it to one specialised in terror acts.

But Nantes prosecutor Pierre Sennes did not rule out handing the case over to the national anti-terrorism authority in Paris however, depending on what elements come to light as the probe progresses. 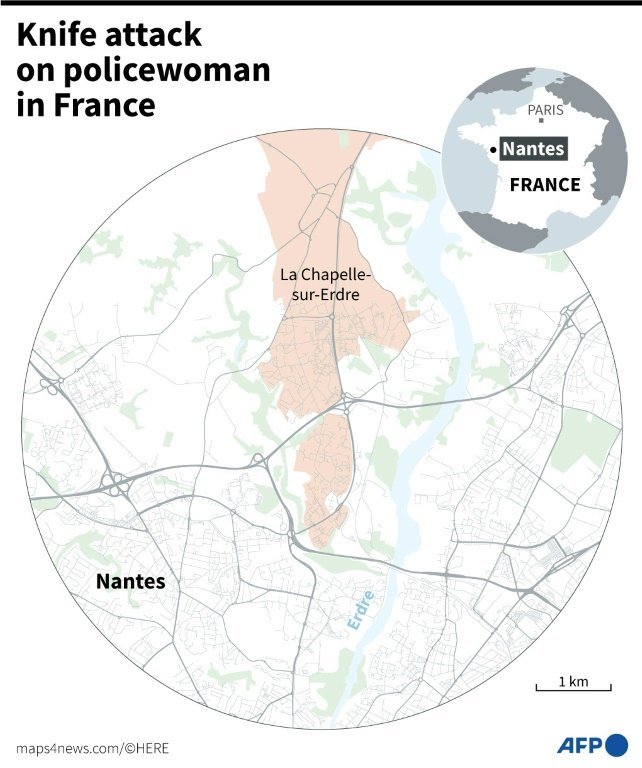 A map locating Nantes and La Chapelle-sur-Erdre in France, where a man attacked a policewoman with a knife on Friday / © AFP/File

In particular, data on a tablet computer and mobile phone seized by police should be accessible sometime early next week, Sennes said.

In La Chapelle-sur-Erdre, Ines said she had often interacted with policewoman Katell Lereec, who had life-threatening injuries but is now out of danger.

"I am still very upset. I am very saddened for her, because she does not deserve this," the 77-year-old said.

"She is very, very kind, she is gentle, even when she speaks she speaks softly," she added.

"We attack people like that who protect us. Who are we going to be protected by if we attack these people?"

Dieye had 19 previous convictions and had spent almost half his life in prison, where he was diagnosed as schizophrenic and had become radicalised.

Interior Minister Gerald Darmanin said Dieye had been on a watch-list of potential terrorist sympathisers.

Since Dieye finished serving his most recent jail sentence on March 22, he had found work and housing due to an integration association in La Chapelle-sur-Erdre.

His lawyer Vincent de la Morandiere said "it was a failure of the judicial system".

"He started serving time in prison at 17, he was convicted all the time and it didn't work," he added.

Dieye's most serious conviction was kidnapping and robbery after tying up an elderly couple and covering them with a blanket before searching their house in 2013.

His lawyer said he was "very uncommunicative" despite a family "who sacrificed themselves to try to help him". 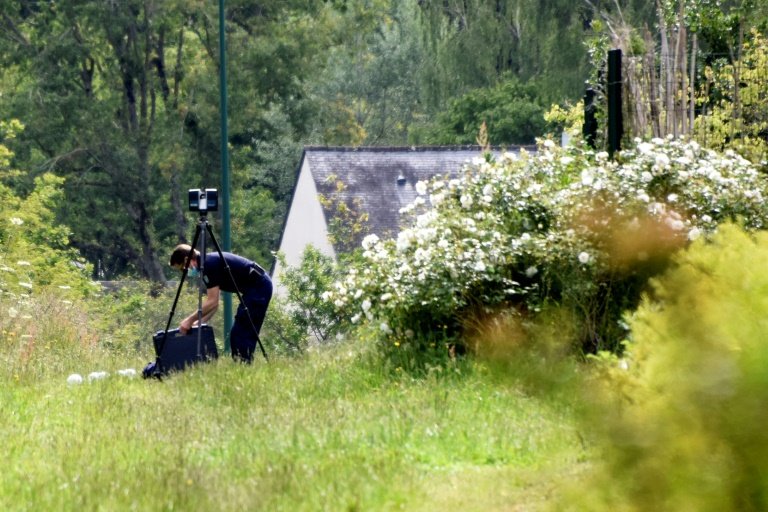 She was recruited "as a youth worker at the end of the 1990s on social mediation missions," before taking the municipal police exam, mayor Fabrice Roussel said.

A hairdresser who runs a salon behind the police station said Lereec is "doing well, we've heard from her colleague, we can't wait to see her again".

The latest bloodshed comes after several attacks on police in France, leading officers to demand better protection and harsher punishments for attacks against them.