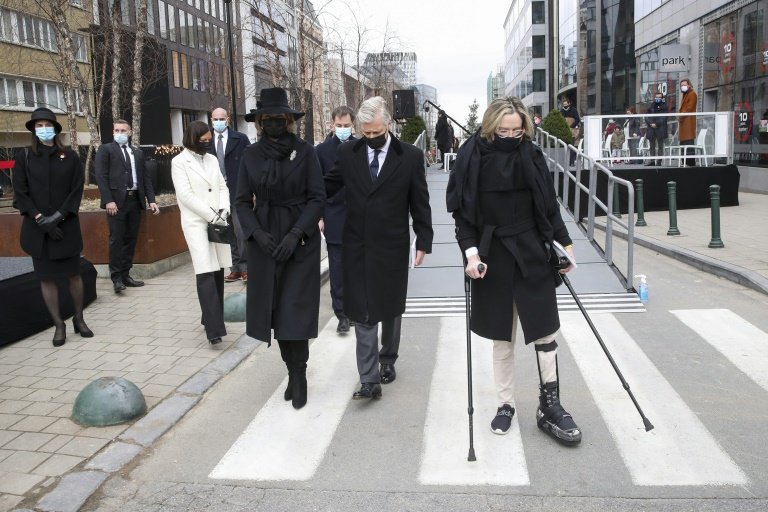 'Aline, Patricia, Leopold, Gilles, Johanna, Loubna ...' Five years on, the 32 victims of the Brussels bomb attacks were the focus of Monday's national day of commemoration.

The March 22, 2016 bombings were the worst massacre in the country's modern peacetime history and triggered a huge operation to locate and detain Islamist extremists.

But on the anniversary thoughts turned to the dead and wounded and to the lives of the families torn apart by bombings that hit city centre metro commuters and travellers at Brussels' international airport. 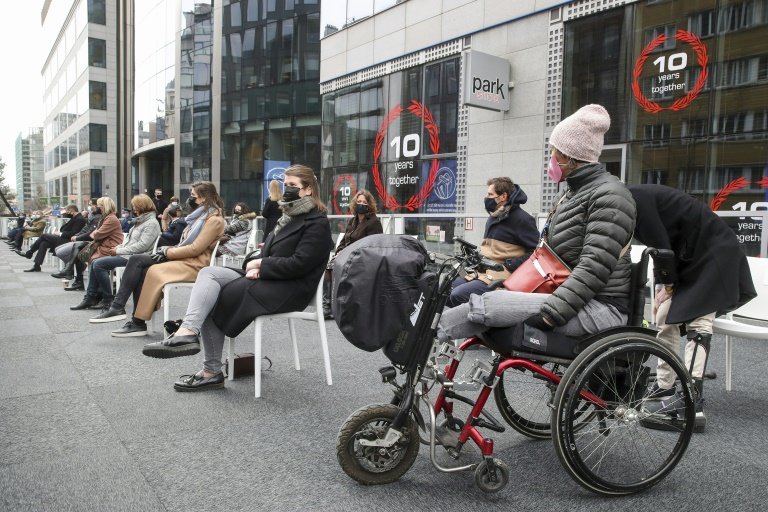 Survivors, relatives and officials attend a ceremony for victims of the March 22, 2016 attacks that came against a backdrop of criticism of the slowness of the administration and insurance companies to deal with the human suffering / © POOL/AFP

Clad in black, Philippe, King of the Belgians, and Queen Mathilde, paid their respects in front of a fresco in memory of the victims at the Maelbeek metro station, where 16 people died, after hearing the reading of their names.

Earlier, a similar tribute, with a handful of relatives of victims, took place at Zaventem airport, where another suicide attack claimed by the Islamic State group had also killed 16 people the same morning five years ago.

Alongside the dead, more than 340 unsuspecting people were injured, some never to fully recover. Some survivors attended the ceremonies.

The tribute, organised with victims' associations V-Europe and Life4Brussels, was marked by Edmond Pinczowski's account of the loss of his children, Alexander and Sascha, aged 29 and 26, who were due to board a flight to New York.

"Alexander the gentle giant as his friends called him, and my daughter Sascha, who after the Paris attacks had spoken out against the spread of anti-Muslim sentiment," recalled the 60-year-old Dutchman. 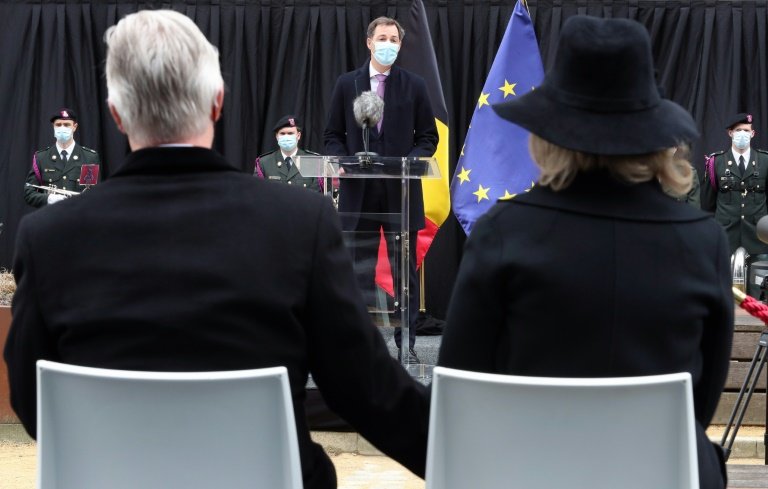 Queen Mathilde of Belgium and King Philippe - Filip of Belgium listen to a speech by Prime Minister Alexander De Croo during a commemorative ceremony to mark the Fifth anniversary of Brussels suicide bombings in 2016, at the memorial erected for the victims on March 22, 2021 in Brussels.On March 22, 2016, 32 people were killed and 324 were injured in suicide bombings at Brussels airport and in the Brussels' subway, which were claimed by the Islamic State group. / © POOL/AFP

Pinczowksi and his wife were without news of their children for three days after the chaos caused by the double explosion in a crowded airport hall.

"We were told on the morning of March 25 that they had not survived," he said.

While Belgium stood together for the ceremony, it came against a backdrop of criticism of the slowness of the administration and insurance companies to deal with the damage caused by the attacks.

Life4Brussels has complained that the Belgian government abandoned a project, based on the French model, which would have provided a lump sum of aid from the state for the victims to share while the government deals with the insurers. 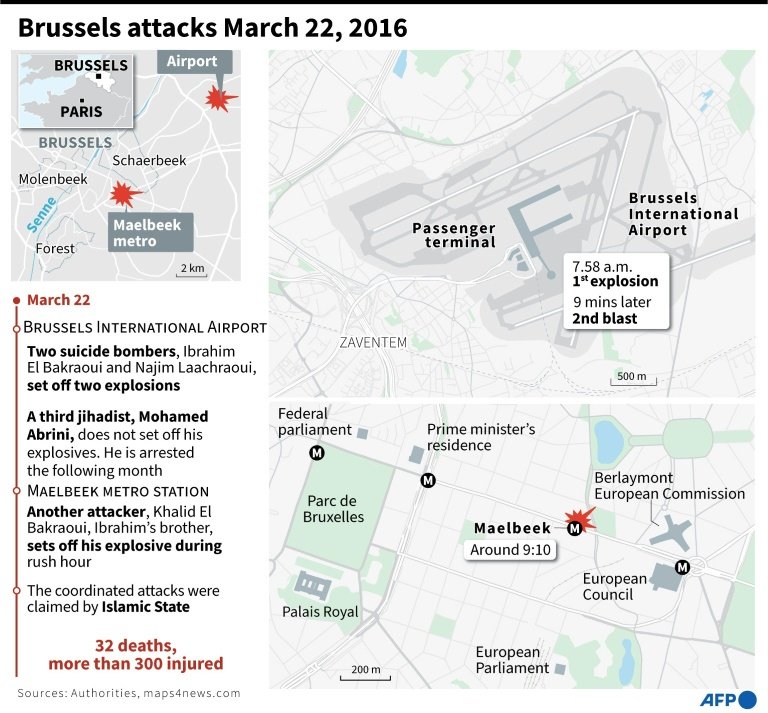 Map and factfile on the coordinated March 22, 2016 attacks in Brussels, Belgium. / © AFP

In Belgium, claim are dealt with on a case-by-case basis and, "victims are left to handle alone a multitude of public or private organisations", the association complained.

Nic Reynaert, who was travelling in the train targeted by the metro bomber, sued both the state and an insurer this month for "errors and negligence".

He suffers from neurological injuries which he claims were misdiagnosed.

Other injured people have told the press of similar difficulties in having their work disability recognised, which in some cases resurfaced months after the attacks.

"If there were failures, we will have to do better," De Croo said on Monday.

While the bombers died in the attacks, Belgium is preparing to try several alleged accomplices of the gang -- which was also implicated in the even deadlier Paris attacks of the previous November.

Some 720 victims have already been identified as civil plaintiffs, suggesting the biggest trial in the country's history.

At the beginning of January, ten suspects were referred to the court of assizes for "murders committed in a terrorist context". The trial by jury could take place from September 2022 in Brussels.