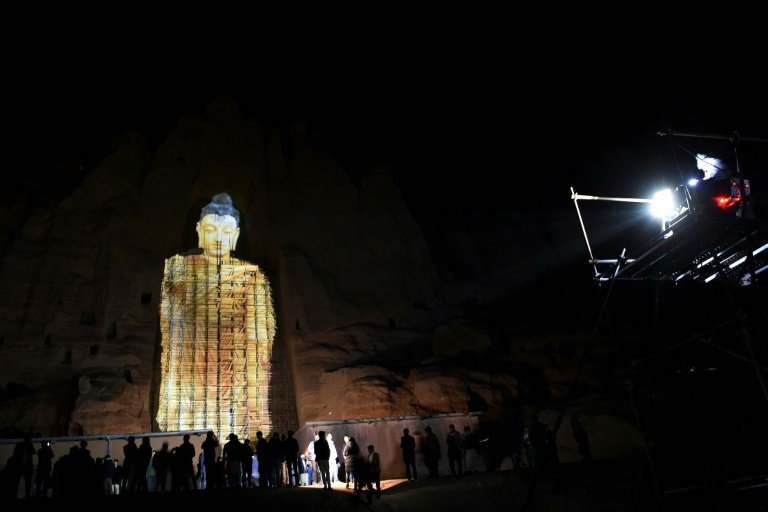 Twenty years after being blasted out of Afghanistan's rugged central highlands, one of the country's famed Buddha statues made a brief virtual return Tuesday night as a three-dimensional projection filled the alcove that hosted the statue for centuries.

The projection topped off a day commemorating the destruction of the two famous Buddha statues by the Taliban in March 2001 in central Afghanistan's Bamiyan valley.

"We do not want people to forget what a horrific crime was committed here," said Zahra Hussaini, one of the organisers of the "A night with Buddha" event.

After a lantern-lit procession, hundreds gathered at the base of the cliff where the statues once stood alongside a network of ancient caves, monasteries and shrines.

The projection filled the alcove that once housed Salsal -- the 55-metre (155-feet) high statue. 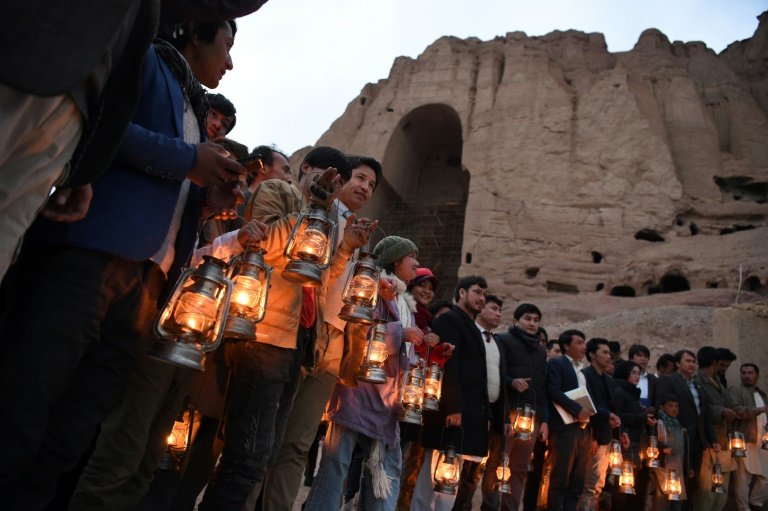 After a lantern-lit procession, hundreds gathered at the base of the cliff where the statues once stood alongside a network of ancient caves, monasteries and shrines / © AFP

"These moments also remind you of what a great treasure we lost," said Gulsoom Zahra, a 23-year-old Bamiyan resident who attended the ceremony.

The Taliban drew international revulsion when they blew up the centuries-old figures during their brief, iron-handed rule over the country as they went on a rampage against Afghanistan's rich pre-Islamic cultural heritage.

With its snowy backdrop and clear blue skies, Bamiyan has been one of Afghanistan's few popular destinations for outdoor enthusiasts and history buffs keen to explore the country's archaeological heritage.

The commemoration has been clouded by fears the Taliban are on the verge of returning to power after signing a landmark deal with the US that could see international troops exit the country in coming months.

Few expect the government's beleaguered security forces to last long against the Taliban's withering onslaught without the protection of US airpower and its special forces.

"We also want to express our concern about the future, and what will happen to our historical heritage in the future, and whether history will repeat and the remaining artefacts will once again be left to the mercy of extremist groups," Hussaini added.